An opportunist thief who plucked a pedigree cat from its garden was caught thanks to his victim’s online following.

Izabela Mnich, 34, was reunited with her ten-year-old Siberian Forest cat, known as Mr Muk, after the suspect was recognised in an online appeal.

After the fluffy ginger pet disappeared from his home in Islington, North London, in July, his followers spread appeals across the globe. Officers released a CCTV image of Mr Muk with the catnapper, and more than a month later he was tracked down to nearby Hampstead, where police arrested a 22-year-old man.

Last night, Miss Mnich – whose moggy has a devoted following on Instagram thanks to regular pictures she posts online – released an image of the reunited pair and said: ‘Guess who is home?!’ 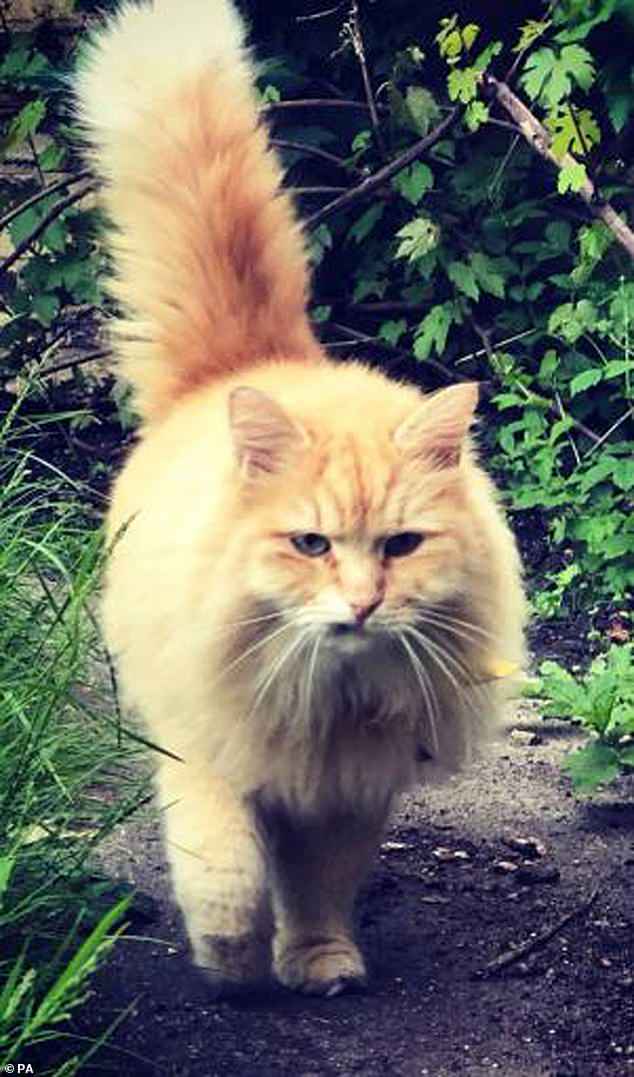 On the prowl: Mr Muk