All of the above featured as Catalans Dragons emerged victorious from a brutal battle with Warrington Wolves to become the first French side to lift rugby league’s Challenge Cup amid emotional scenes at Wembley.

Renaissance for a sport that almost died at the hands of French Nazi sympathisers in World War Two, who banned it. 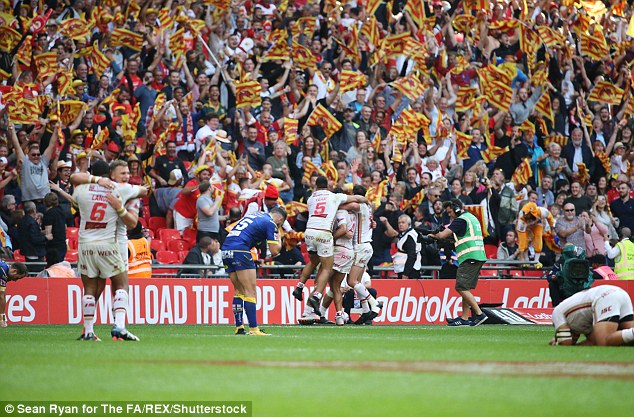 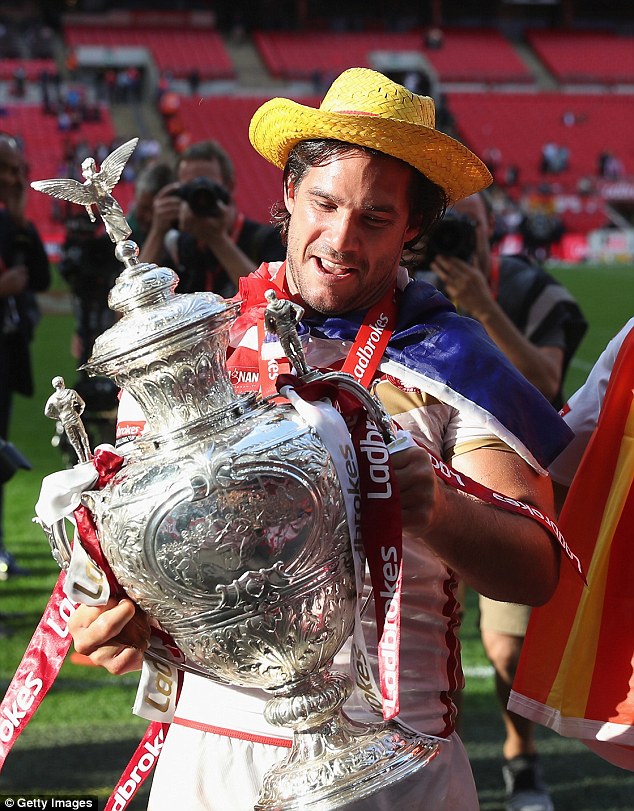 Redemption for Dragons coach Steve McNamara, whose last appearance under the arch saw his England side cruelly dumped out of the World Cup semi-finals with a last-minute New Zealand try.

Resistance displayed by the brave, victorious underdogs who somehow withstood a barrage of late Warrington pressure in a tumultuous war of attrition to come out 20-14 victors.

That a crowd of just 50,672 were there to see it – the smallest crowd for a Challenge Cup Final at Wembley since 1937 – was a tragedy. Something must be done to inject life into this showcase event. This product deserves a bigger audience.

But enough of the gloom. This was a wonderful afternoon for all of those who travelled here from outside Cheshire.

Catalans knocked out St Helens with an early onslaught in their stunning semi-final victory and they were at it again here. 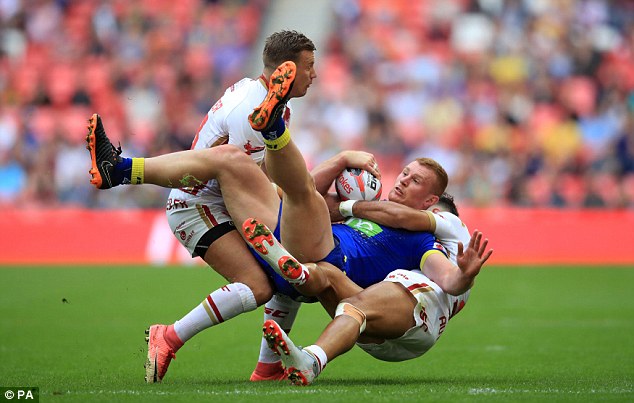 The strains of La Marseillaise had barely finished echoing around the famous bowl when the French side sent their followers – and the neutrals – into a frenzy with a try on their first possession.

Following a dropped bomb, space was found on the right and Scotsman Lewis Tierney crashed over in the corner. Aussie Josh Drinkwater, digging holes for a living just four months ago, converted beautifully from the touchline.

Warrington were rattled. Moments later, when giant prop Ben Westwood committed a stupid foul under the posts Drinkwater buried his kick and with seven minutes played Catalans were eight points to the good. ‘It’s coming home’, read the cheeky banner nestled among the red and yellow flags of Catalonia.

The English side needed a response and thought they had it when winger Tom Lineham finished a flowing move, only for the video referee to, perhaps harshly, rule it out for obstruction. 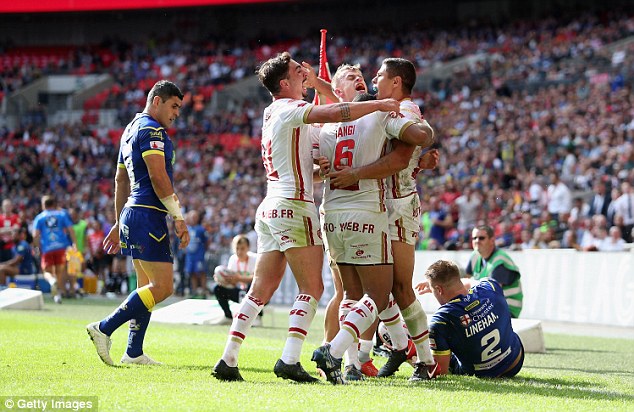 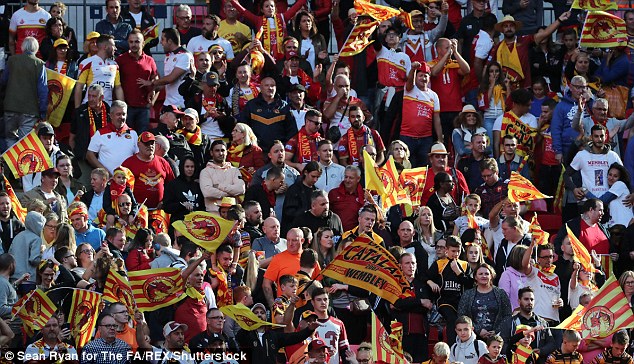 The decision was almost as painful as some of the hits delivered by the fired-up Dragons and their fearsome pack.

Finally, on 30 minutes, Warrington landed a glove when full-back Stefan Ratchford launched a kick high into the London sky which winger Fouad Yaha could not hold. A gleeful Ben Murdoch-Masila scooped up the loose ball to go under the posts. Tyrone Roberts nailed the extras and the gap was just two.

Nerves? No chance. Five minutes later Catalans were over again when quick-thinking local Ben Garcia somehow managed to plough through three Warrington men to ground the ball. Drinkwater obliged and, at 14-6, the dream was on. For the second time, the magnificent Marseillaise filled the air.

Warrington, you fancied, needed to start the second stanza well. But the roaring Dragons would not be budged from their task.

Just five minutes in, following a monstrous 40-20 from full-back and Lance Todd Trophy winner Tony Gigot, centre Brayden Williame finished an overlap on the left. Drinkwater fired through the posts from out wide and it was 20-6.

The Wolves’ afternoon was encapsulated on 51 minutes when Lineham, presented with a rare sight of the line, inexplicably dived about five yards too soon.

The bone dry turf stopped him well short and he was unceremoniously bundled into touch to laughter in the stands. Lineham has a mannequin he calls Cynthia which he stands in his bedroom window to scare his neighbours. No dummy jokes, please.

Then, from nowhere, a lifeline for Warrington thanks to the previously impeccable Drinkwater who made an absolute meal of stand-off Kevin Brown’s kick to allow George King to cross. With Roberts on target again, the gap was back down to eight. 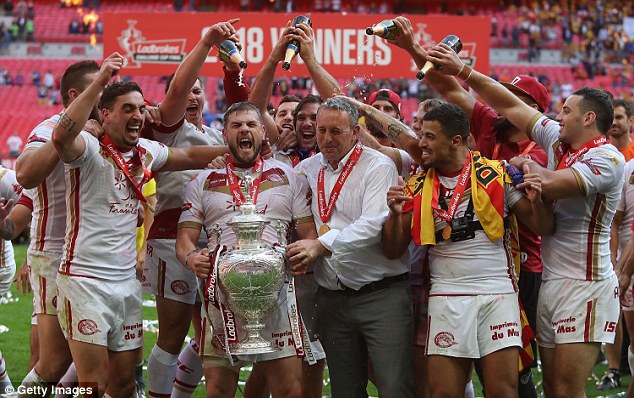 The Wolves, aided by some uncharacteristic errors from their exhausted opponents, hammered at the door. Time ticked by, too slowly for the Dragons. A Roberts penalty brought Warrington to within a score. Those in primrose and blue sensed now was their time.

Another bomb, another error. This time Yaha fluffed his lines again under the high kick but Catalans somehow managed to defend their lines. At last came the hooter.

England invents the game and France wins the big prize. Where else have we seen that story this summer?