By Walter Finch For Mailonline

The Catalan parliament has passed a resolution to rehabiliate the memory of more than 700 women who were tortured and executed as witches over three hundred years ago.

The resolution was passed by a strong majority of 114 in favour, 14 against and six abstentions, driven largely by the pro-independence and left-wing parties in the parliament, who view the women as ‘victims of misogynistic persecution’.

‘We have recently discovered the names of more than 700 women who were persecuted, tortured and executed between the 15th and 18th centuries,’ say the groups behind the resolution.

Part of the proposed rehabiliation is for local councils in Catalonia to revise street names to include the names of women convicted of witchcraft as an ‘exercise in historical reparation.’

Over 700 women who were tortured and executed for witchcraft in Catalonia have been identified by historian Pau Castell. (Above, an illustration of a woman convicted of witchcraft being burned at the stake circa 1692) 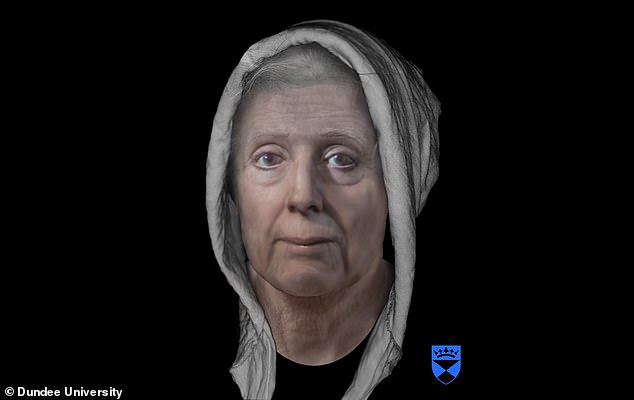 Digitial reconstruction of the face of Lilias Adie, a Scottish woman who died in prison in 1704 while awaiting trial for the crimes of ‘being a witch and having sex with the ‘devil’. Academics today think crop failures and famines blamed on witches were caused by a ‘Little Ice Age’ 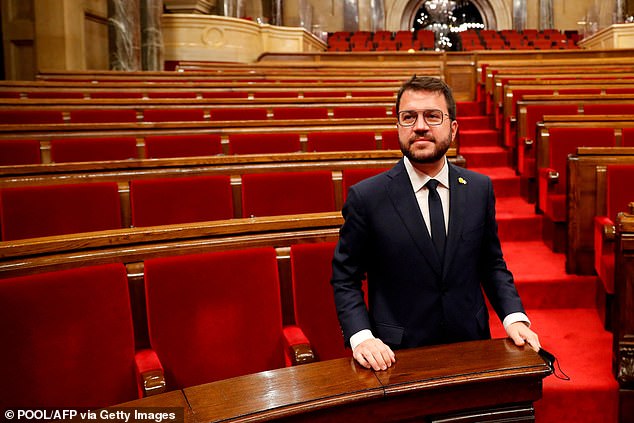 An invesitgation by local scientific journal Sapiens and research by Barcelona historian Pau Castell found that Catalonia was one of the first regions in Europe to carry out witch hunts in the 15th century, and one of the worst over all for executions for witchcraft.

‘Before they called us witches, now they call us ‘feminazis’ or hysterical or sexually frustrated. Before they carried out witch hunts, now we call them femicides,’ said regional deputy Jenn Diaz of the ruling ERC, according to the AFP news agency.

It follows on from a recent bill in the Scotttish parliament to pardon thousands of victims accused of witchcraft between the 16th and 18th centuries when Scotland had a Witchcraft Act.

Nicola Sturgeon is expected to issue a formal apology when it is passed next year.

Witches were often blamed for the sudden deaths of children or poor harvests, and identified by the ‘Devil’s mark’ or ‘Witch’s teat’.

Those found guilty of witchcraft faced execution by hanging, beheading, or being burned at the stake.

Today academics ascribe poor harvests to a minature ice age of the period, and the identifiers as being due to Lyme’s disease from tick bites.

Historian of the University of Southern Maine Dr Mary Drymon said, ‘It seems that the Devil’s mark is the bull’s eye rash of Lyme disease and the witch’s teat may be the lymphocytoma that sometimes develops after a tick bite.

‘The Little Ice Age triggered not only cold periods but both wet and dry conditions, crop failures and famines.

‘Droughts tend to concentrate ticks in areas where sheep, deer and mice drink water-near creeks and rivers in rural areas.’