Cathay Pacific warns 9.4 MILLION passengers have had their details stolen

Cathay Pacific warns 9.4 MILLION passengers have had their details -including passport and credit card -numbers stolen in huge data breach

By Reuters and Chris Pleasance for MailOnline

Cathay Pacific says the data of 9.4million of its passengers has been breached.

The airline said passengers’ names, nationalities, dates of birth, telephone and passport numbers, and email and physical addresses were included in the hack.

At least 860,000 passport numbers and 245,000 Hong Kong ID card numbers were accessed without permission, along with a few hundred largely expired credit cards.

Cathay Pacific says the personal information of 9.4million passengers was accessed in a huge data breach back in March

Cathay said it initially discovered suspicious activity on its network in March 2018 and investigations in early May confirmed that personal data had been accessed.

It added that the Hong Kong Police had been notified about the breach and that there is no evidence that any personal information has been misused.

Airline staff are now in the process of personally contacting everyone involved in the breach to inform them of what was stolen, and how to protect themselves. 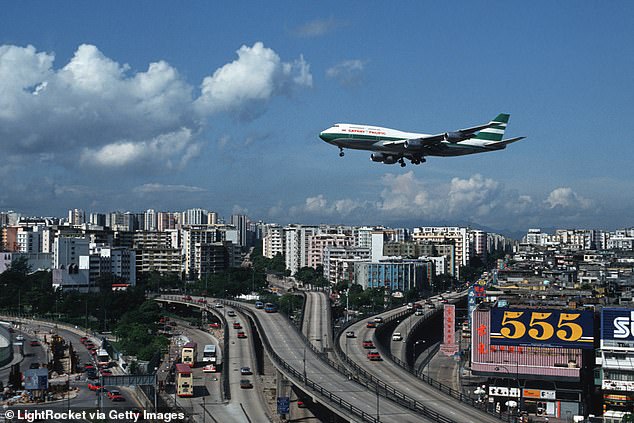 Cathay said it has no evidence that any of the data has been misused, and said no customer loyalty accounts were compromised, and no passwords stolen.

It is just the latest IT blunder involving an airline, after British Airways admitted it lost the details of 360,000 people in a breach last month.

The stolen information related to bookings between August 21 and September 5 and included personal and financial information, the airline said.