But despite the church’s best efforts, the modern donation points don’t appear to be drawing a crowd.

Out of at least four cashless donation placed at the church’s entrances and exits, at least one major exit point was not used at all in the 9am service on Sunday.

‘I’ll never use it, but some people might,’ one churchgoer told Daily Mail Australia on his way out of the service.

The main entrance of the church remained bare throughout the entire hour-and-a-half service, with parishioners coming and going without looking twice at the machine shrouded in controversy since the church announced their plans online.

‘Next weekend, to keep up with the growth of technology in the 21st century, the Cathedral will be trialing the use of ‘tap and go’ collection plates during the collection at the Offertory,’ the church wrote on their Facebook page on the 15th of September.

‘If you have visited the Cathedral over the last month you would have also noticed ‘tap and go’ donation pads set up around various areas for credit card donations.’ 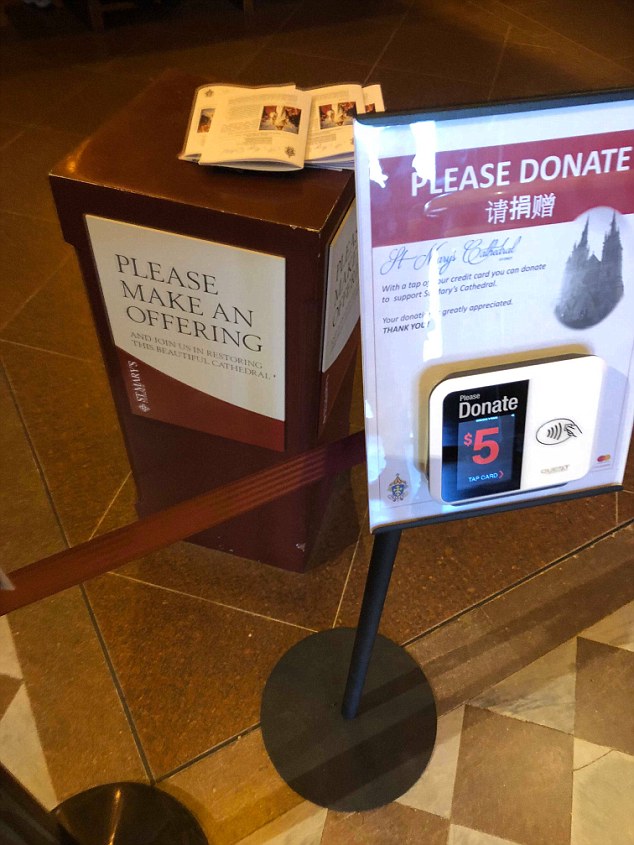 Despite the church’s best efforts, the modern donation points aren’t being used quite as often as the church would have hoped 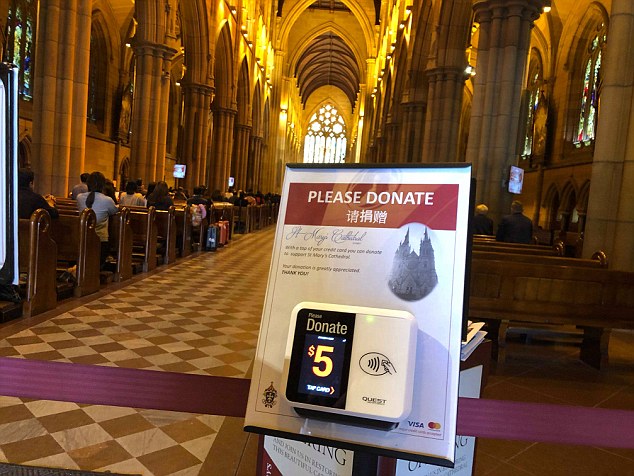 ‘I’ll never use it, but some people might,’ one churchgoer told Daily Mail Australia on his way out of the service

When the tap and go donations were first introduced they required a minimum $10 donation, however, the limit has since been lowered to $5 following a tirade of backlash online.

The move by the iconic Cathedral was branded a ‘cash grab’  by some, but others say they are just moving with the times.

General Manager of St Mary’s Cathedral, Helen Morassut, told Yahoo7 they were just catching up to the rest of the world. 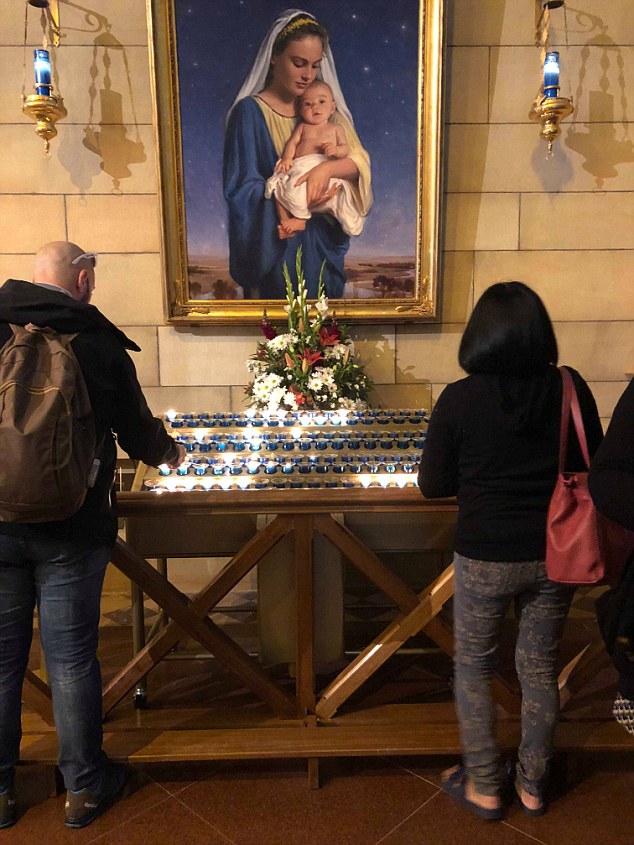 Worshipers are also asked to donate $2 to light a candle before, during or after the service 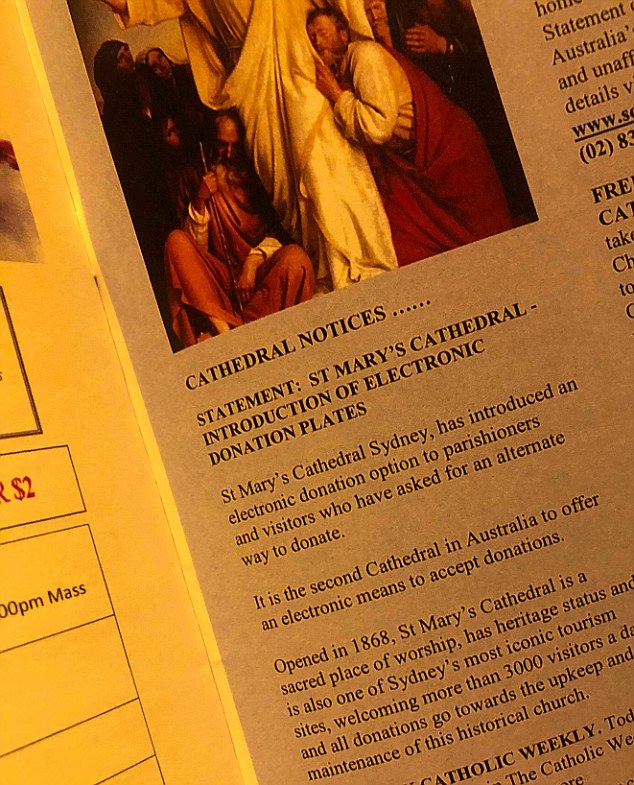 In a booklet handed out during the service, worshipers are reminded of the donation points 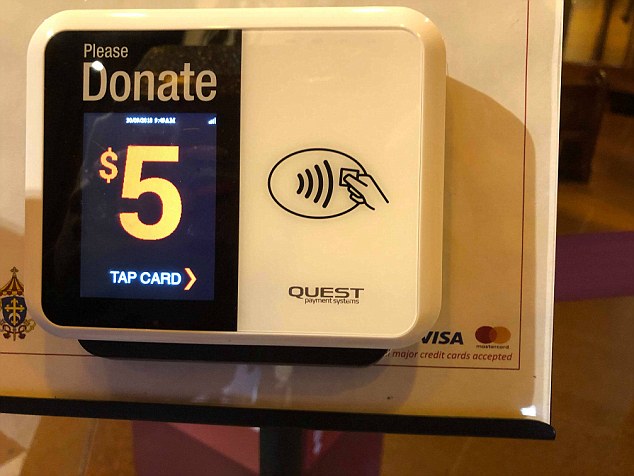 ‘We always had call-outs that people don’t carry cash anymore… we’re moving towards a cashless society, that’s just the way we live now.’

Morassut said the original price was set based on donation history and ‘could not be changed’.

Lisa, another parishioner who briefly attended the service said ‘they try not to make you feel uncomfortable, or like you have to donate. But we [my family] feel like we have to anyway. They’re just doing what they have to do.’

Others were more encouraging of the new process. Another guest said ‘it’s all getting put back into the church and the services whether we donate our change or on the new system.’

‘It’s something they do for the young ones. It’s just another option for them.’

The $10 set price has been labelled as ‘ludicrous’ by some people. While others have called it a ‘cash grab’ 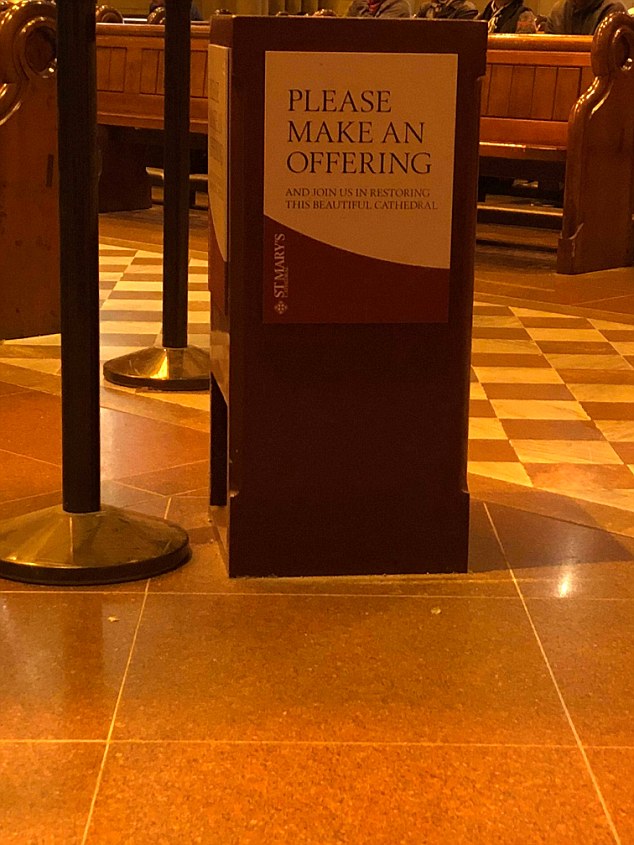 A now deleted Facebook post by the church from last week said multiple payments of $10 could be made by tapping your card.

It is too soon to determine if the plates would be rolled out to other churches, Ms Morassut said.

‘I’m Catholic but this is ludicrous… you shouldn’t be told how much you put in if you opt for that option, it should be built better so that you decide how much,’ one person said.

‘It’s not moving with the times, it’s a cash grab,’ another person said.

‘As someone who was in the church for 16 years, I can safely say this was this most blatant display of money grubbing [sic] I have ever seen.’ 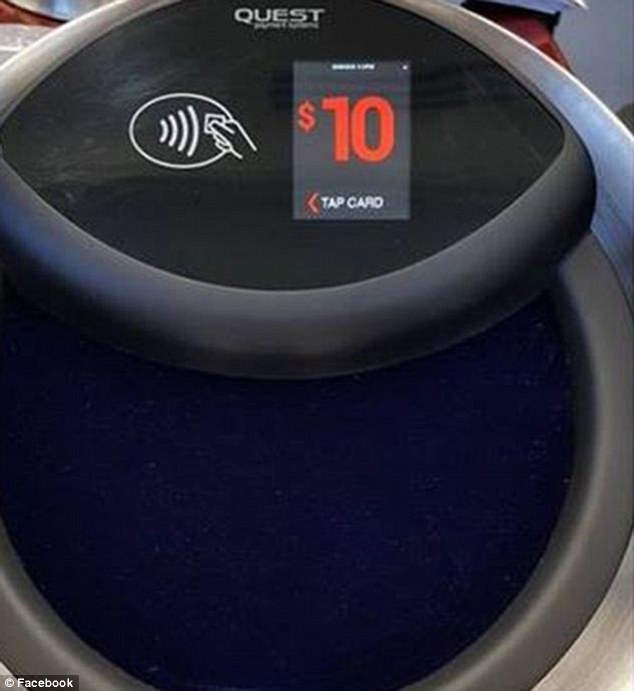 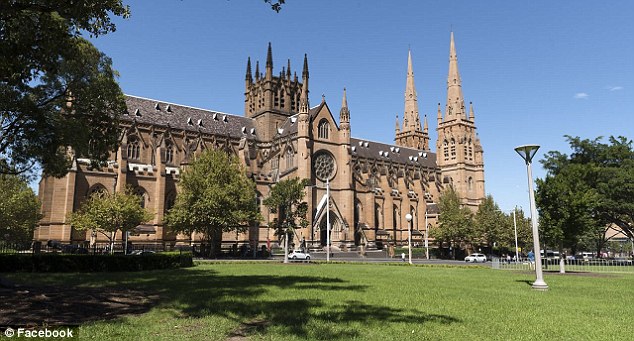 ‘When they can’t take criticism but still want to take your money,’ another said.

Near the end of the service, traditional plates were sent through the pews, with many parishioners donating small change and notes.

By the time both plates reached the back pews, they were brimming with donations, and yet, the tap and go points remained untouched and ignored. 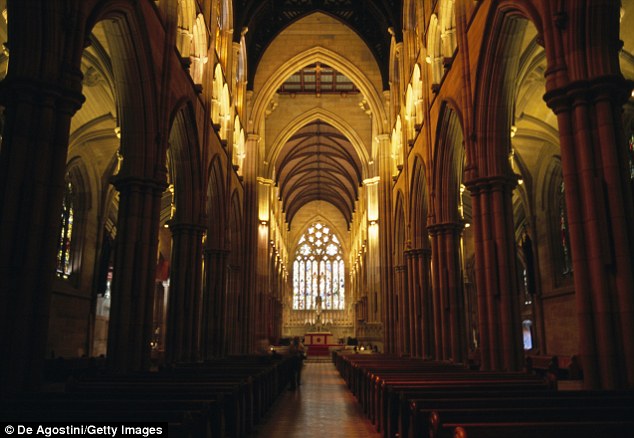 General Manager of St Mary’s Cathedral, Helen Morassut said the church was keeping up with the times