She was seen looking bleary-eyed as she made her exit from The National Television Awards on Tuesday night.

But Catherine Tyldesley was looking much perkier on Wednesday, as she took her son Alfie, two, for a bit of fun at the launch of play centre, Flip Out in Manchester.

The 34-year-old Corrie lass was joined by her co-star Katie McGlynn, 24, at the grand opening of the trampoline centre, and the group were seen having a whale of a time.

Catherine sported a casual ensemble as she arrived at the event with her two-year-old son Alfie, and was every inch the doting mum as she cuddled her son.

The blonde beauty sported a simple jeans and white jumper combo, finishing the look with a black overcoat and white trainers.

Keeping her blonde hair out of the way, Catherine rocked her tresses in a high ponytail, rocking simple makeup and a classic nude lip.

Catherine’s look was more casual than her ensemble at the National Television Awards, when her glamorous gown and beautifully styled hair were no match for the windy weather. 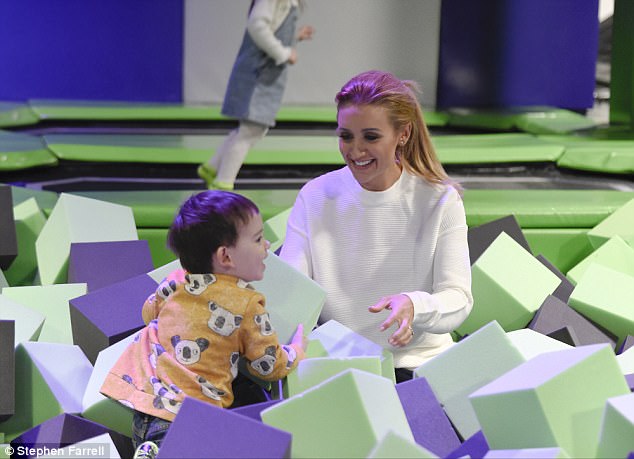 Adorable: Catherine brought her two-year-old son Alfie for the outing, and looked every inch the doting mum as she played in the sponge pit 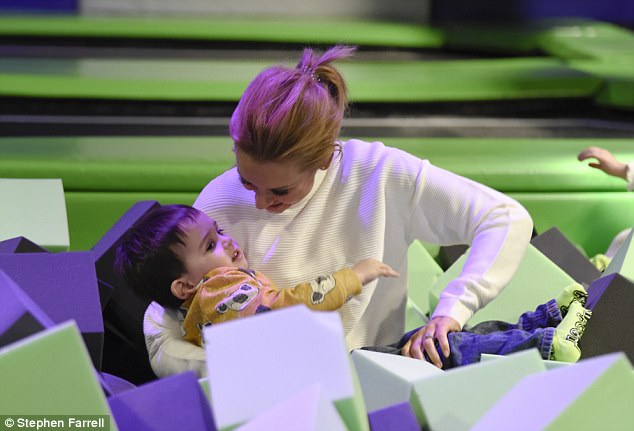 Cuddles! Eva was seen tickling and playing with her adorable son, who sported a cute yellow jumper adorned with pandas 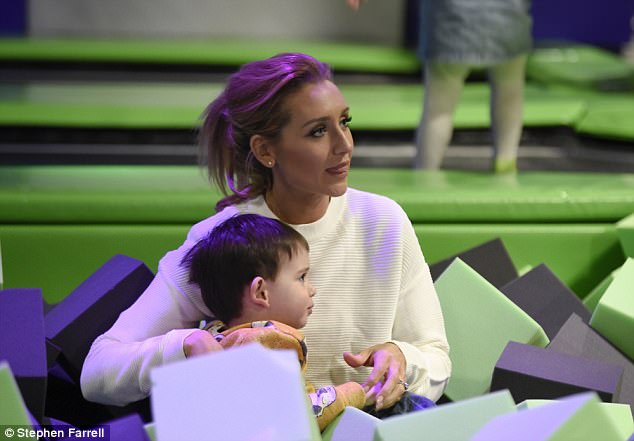 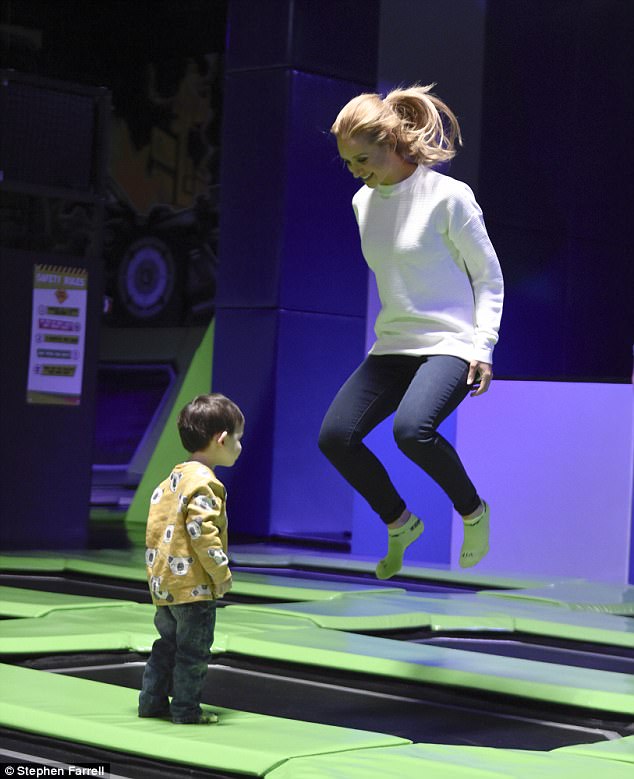 Come on! Eva showed little Alfie how it’s done as she bounced on the trampolines

Freshen up: Catherine’s look was a far cry from the bleary-eyed ensemble she donned as the braced the wind while arriving at the National Television Awards on Tuesday night

Little Alfie wore a cute yellow jumper adorned with pandas, along with little matching jeans as he frolicked around in the sponge cubes.

The beauty, who plays Sinead Tinker on the ITV soap, kept her blonde hair down as she bounced around in the centre. 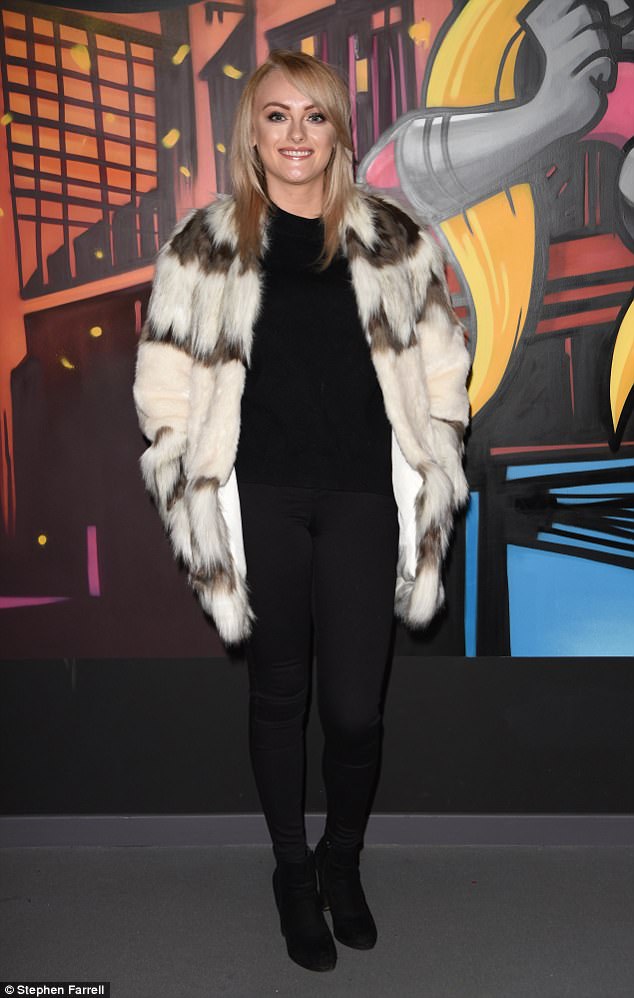 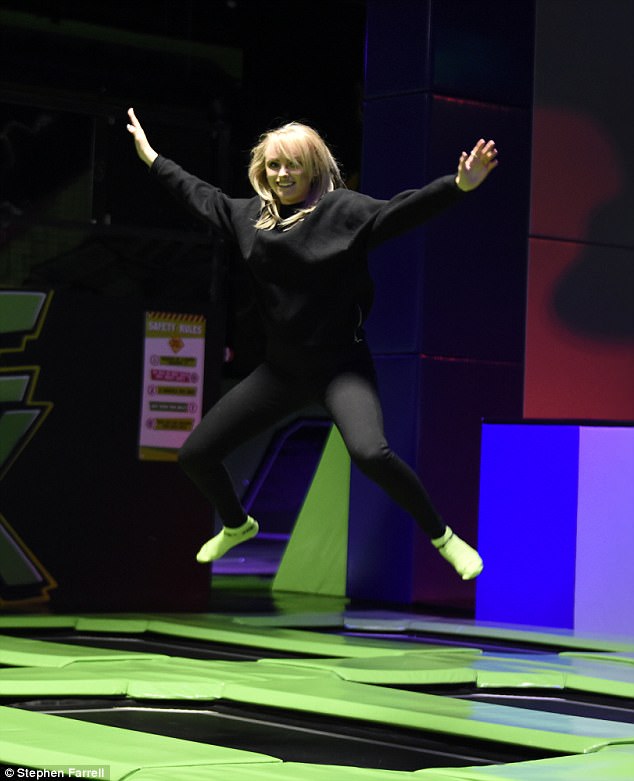 Jump! Katie showed off her best moves as she launched herself upwards 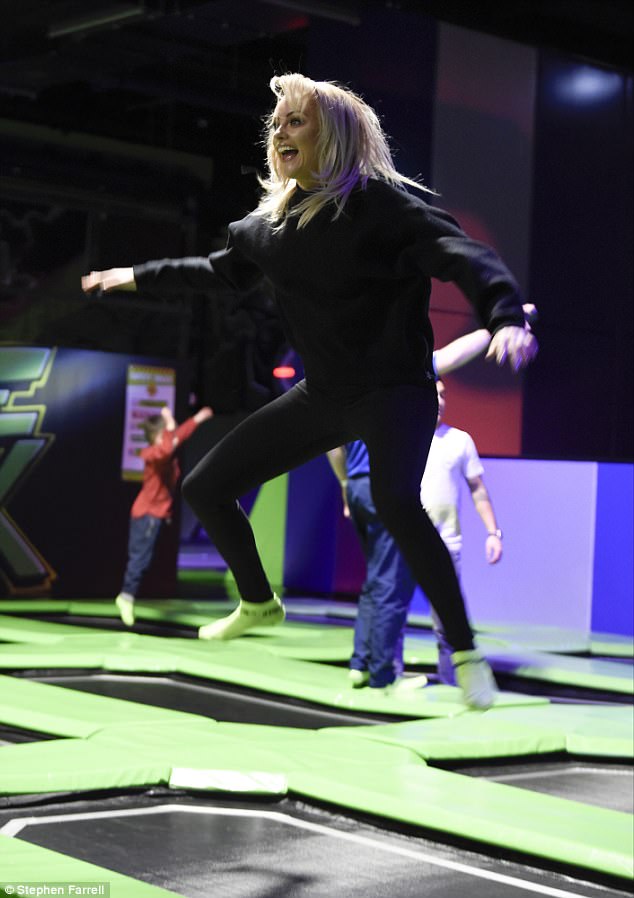 Cute: Katie kept her blonde tresses loose as she bounced around at the centre’s launch

Despite her Corrie co-stars having a big night, Catherine looked as polished as ever heading back to Manchester on Wednesday morning, boarding the train with her co-stars Faye Brooks and Antony Cotton.

The soap star will not be on the cobbles for much longer, after announcing late last year she will be departing Coronation Street this summer.

So far Catherine’s character Eva’s exit has remained a closely guarded secret, so fans will have to wait and see how she decides to depart Weatherfield. 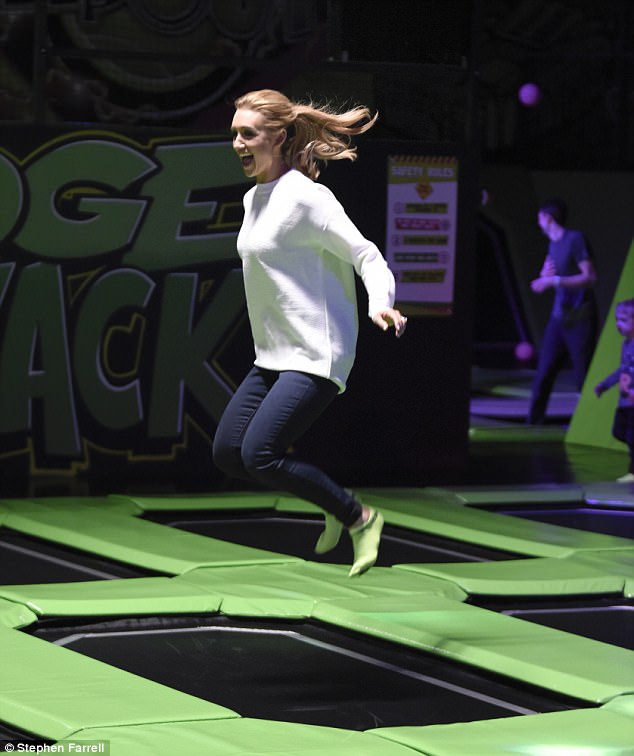 Beaming: Catherine looked to having a whale of a time as she bounced around 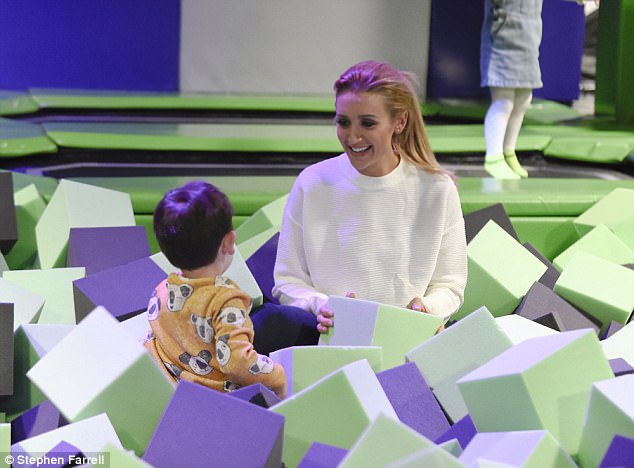 Doting: Catherine was in a much fresher state, after arriving back in Manchester following the NTA’s 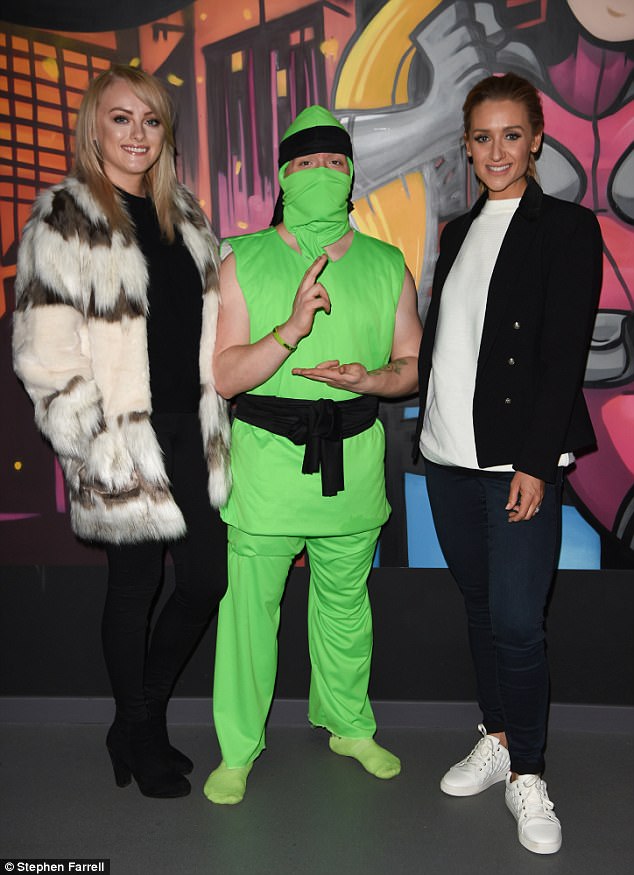 Man of the moment: Catherine and Katie were also seen posing with one of the ninjas from the centre 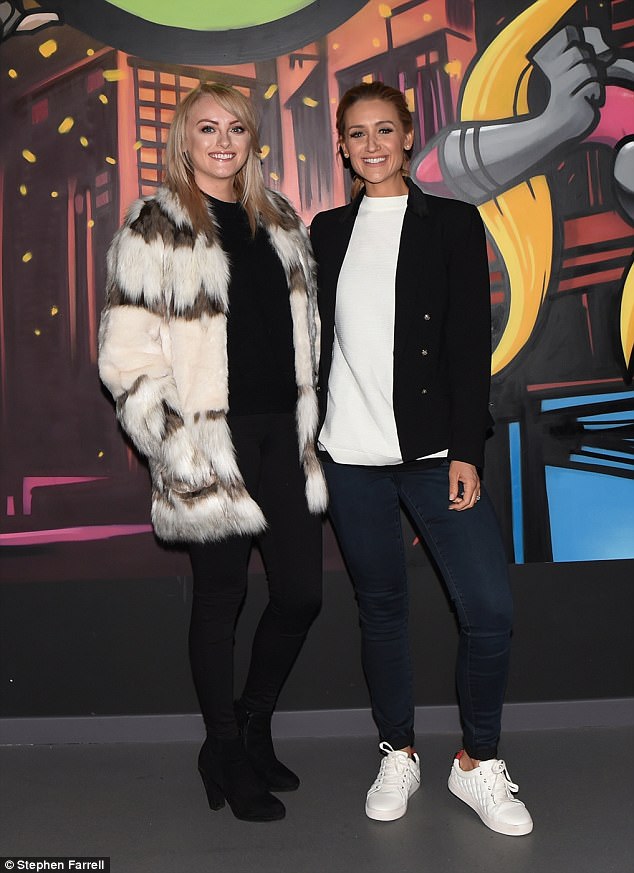 Dynamic duo: Both Catherine and Katie had their beaming smiles on hand as they played in the centre