A Catholic church in Detroit has fired its music director after one of the parishioners learned that she was married to a woman, and urged the executives to invoke the church’s ‘morality clause’.

Terry Gonda, 59, found out on Wednesday that she was being fired from her job of 30 years for her relationship.

Last week the Supreme Court ruled that the landmark 1964 Civil Rights Act, which prohibits discrimination due to gender, also applies to sexual orientation.

However, religious organizations are considered exempt and have historically been granted immunity from lawsuits due to separation of church and state.

Terry Gonda, pictured with her wife Kirsti Reeve, was fired on Wednesday by the church

Gonda married Kirsti Reeve, 51, whom she met in 1994 during a trip to England, in 2011. Reeve moved to the U.S. and converted to Catholicism for Gonda.

‘It’s a shot to the head from headquarters,’ Gonda told the Detroit Free Press.

‘The dehumanization of this is just not right.’

The church, St John Fisher in Auburn Hills, made no secret of why she was being fired.

‘I received a call from the Human Resource director for the Archdiocese in response to a communication the diocese received regarding your marital status,’ wrote Monsignor Michael LeFevre, the pastor of the church, in a June 12 email.

‘When asked, I confirmed that you and Kirsti had informed me of your marital status some five years ago; now the Archdiocese is choosing to activate its morality clause to terminate your employment.’

She was summoned to a meeting on Wednesday and officially terminated. 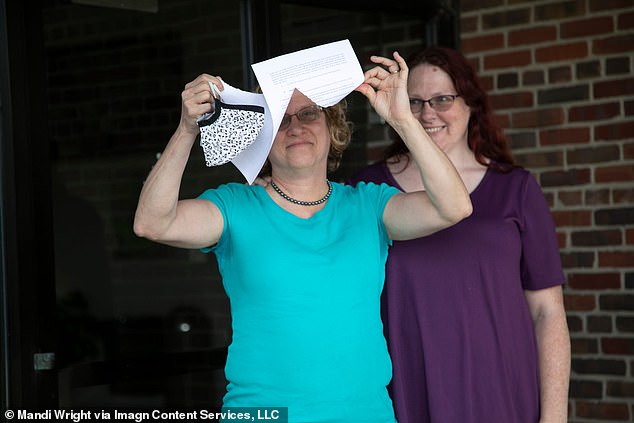 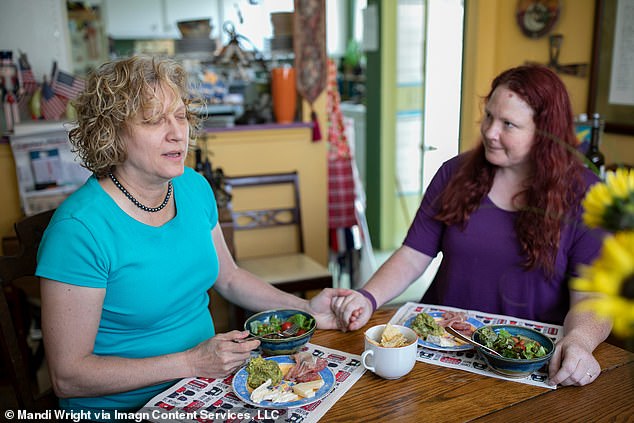 The couple, who married in 2011, are pictured praying before the Wednesday meeting to fire her

LeFevre has not commented on the firing.

The Detroit Archdiocese said: ‘As a long-standing practice, out of respect for the privacy of those involved, the Detroit archdiocese does not comment on personnel matters.’

Detroit Archbishop Allen Vigneron has advocated for conversion therapy for homosexuals, urging Catholics in 2017 to pray for ‘those with same-sex attraction who do not see the truth and goodness of Christ’s call to them, that they might undergo repentance and conversion to receive healing and peace.’

His teachings run contrary to those of Pope Francis, who in 2013 said: ‘If a person is gay and seeks God and has good will, who am I to judge?’

The Roman Catholic Church does not recognize same-sex marriage, however. 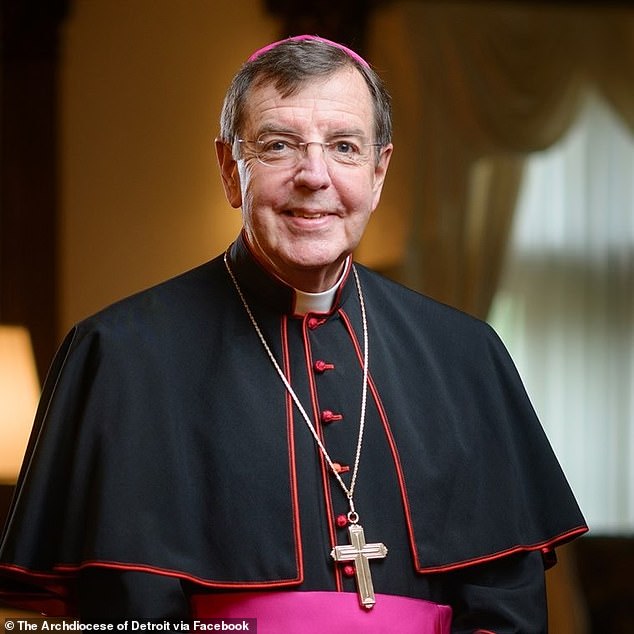 Gonda said she was left in turmoil by the decision, but refused to condemn her former colleagues.

‘My heart just hurts because I have an outpouring of love for them,’ she told the paper.

‘I love them. I believe that they believe they’re doing the right thing – they’re trying to protect the church.’

She said she was always made to feel welcome by the church, and the former pastor, who retired five years ago, described her as a ‘model person’ with a deep love of God, who enhanced his parish.

‘Everything that I saw of Terry was of God,’ said Rev. Jerry Brzezinski, who worked there for 32 years.

‘It didn’t really make any difference one way or another over who you were or what you were about in terms of your lifestyle.

‘She was a good person. Her life was of God.’ 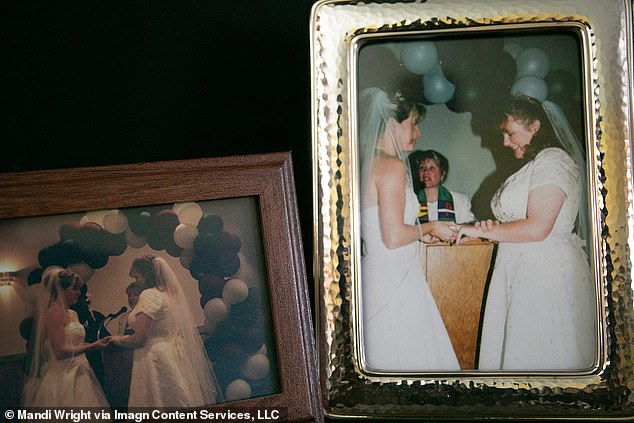 Gonda and Reeves married in 2011 in Washington DC, having met in 1994 in England

Gonda said she was speaking out to try and reassure her supporters at the progressive church.

She intends to be front row, with her wife, at Mass on Sunday.

‘I need to say something,’ she said. ‘People are terrified, thinking, “If they can fire Terry, I’m next.”

‘My soul is filled with grief. But in my soul, something is happening.

‘There are signs. God is in this. God is preparing us for what’s in store. There must be a better way.’

Sheran Tioran, 77, who has been a parishioner at St John Fisher for more than 40 years, joined Gonda outside her parish with a group of supporters on Wednesday.

‘I’m saddened and I’m angry,’ she told the paper.

‘For us here at the chapel, this is not the Jesus that I know.’

Tioran has known Gonda for 32 years and called her firing ‘unjust and un-Christian.’

‘These are man-made rules,’ Tioran said of the so called morality clause and ministerial exception used to fire Gonda.

‘Jesus would not be turning Terry and Kirsti away. He’d be welcoming them with open arms. It’s just ridiculous.’

Lisa Brown, who ran the parish’s campus and young adult ministry for 17 years, said Gonda’s firing was a big loss to the church.

‘Her way of accepting people and just being present helped so many young people who were disowned by their own family, or who were not accepted for who they were.’