The Cats trailer has received more online criticism for the CGI ‘whitewashing’ of its black female lead in the live-action film.

Francesca Hayward, 27, who plays the main character in the adaptation is seen pirouetting and frolicking with a white face of fur in the clip released on Thursday.

Despite the character being named ‘Victoria the White’ in Andrew Lloyd Webber’s original musical, some believe they could have easily changed the ‘arbitrary point.’

‘So how come you can clearly see this is taylor swift/the entire bottom half of her face is visible, but you wouldn’t know the black lead was black unless you knew her already,’ one critic tweeted.

‘She’s BLACK?!’ one user wrote, to which another replied, ‘Wow. You cannot tell. That’s deliberate and terrible.’ 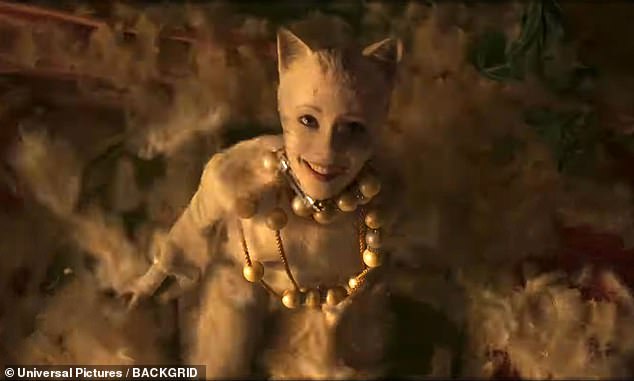 Online users have critiqued the CGI portrayal of the Hayward’s character (above) as ‘whitewashing’ the film’s British lead, who was born in Kenya 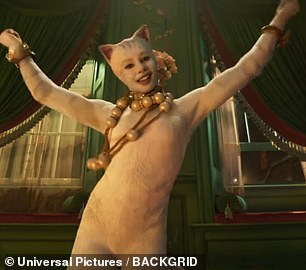 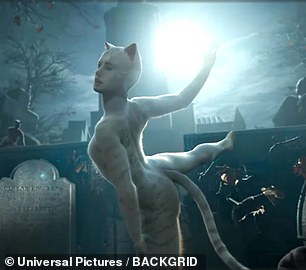 Clips from the trailer show Hayward’s character Victoria with white fur and grey markings, which some have criticized as ‘whitewashing’ the black actress and ballerina

One Twitter user countered: ‘It’s hard for me to understand claims of whitewashing when you can really clearly see that’s not the case here. Why whitewash exactly one person on the cast and nobody else?

‘If Victoria wasn’t a white cat and they made her white then I’d understand completely!’

Another was more frustrated by the debate: ‘Are there actually f****** smooth brains who think cats is whitewashing. Holy s*** this generations Jesus Christ.’

Hayward, who was the principal ballerina for the British Royal Ballet, moved from Nairobi, Kenya, to England at the age of two.

This is her first appearance on the silver screen alongside a star-studded cast including Jennifer Hudson, Taylor Swift, Idris Elba, Jason Derulo and Dame Judi Dench.

Fans of the ballerina have also called-out the film for the ‘introducing Francesca Hayward’ text in the trailer, stating that she is already accomplished and well known.

Outside of the ballet world Hayward was also known for collaborating with active wear brand Lululemon last year. 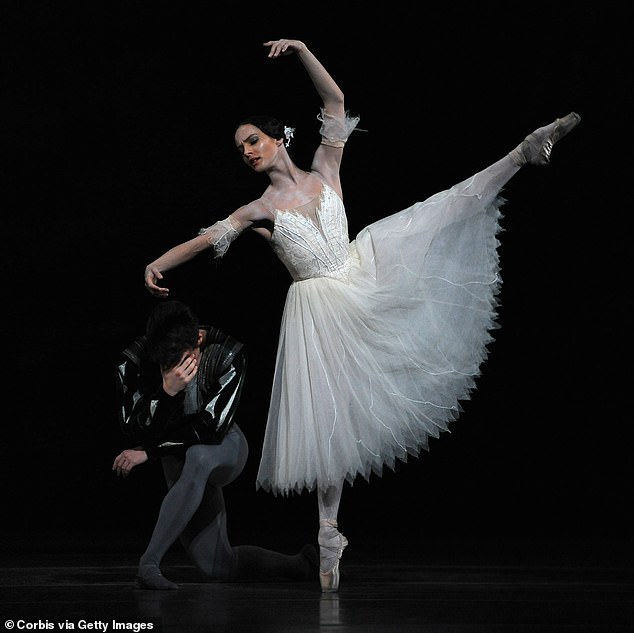 Others have taken offence that the film ‘introduced’ Hayward, who users say was already established in the world of ballet and was principal ballerina at the British Royal Ballet 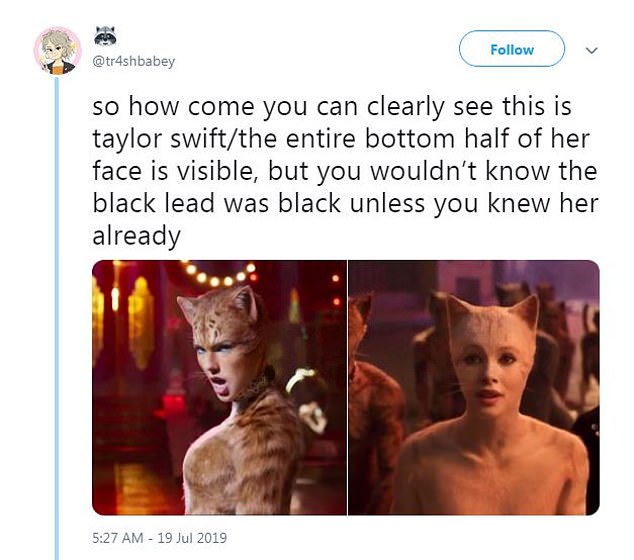 Since the trailer’s release the claws have truly been out, with viewers mocking the CGI creations for numerous reasons.

Some have dubbed cat representations ‘more terrifying than IT’ referring to the character Pennywise in the horror flick that also released a trailerr for its sequel ‘IT Chapter Two’ this week.

‘Show my wife the Cats trailer and she said “this is the final straw” and left the house,’ another commented.

Other users took a liking to the CGI cats, with one writing: ‘List that CATS trailer is bonkers… and we need more bonkers… I regret to inform you, I dug it.’

The claws are out: social media users have critiqued the feline forms shown in the Cats trailer

Another Twitter user thought the CGI cats were too creepy

One shot from the trailer lead to a more unusual theory from one user, Eleanor Mason, claiming a Soviet conspiracy.

Writer-editor Noah Harald joked, ‘Show us the anthropomorphic cat buttholes you cowards. #CatsMovie,’ referring to the tail seemingly coming directly out of it’s hind end, not above it.

The film which is due to be released in December, will also feature James Corden, Rebel Wilson and others. 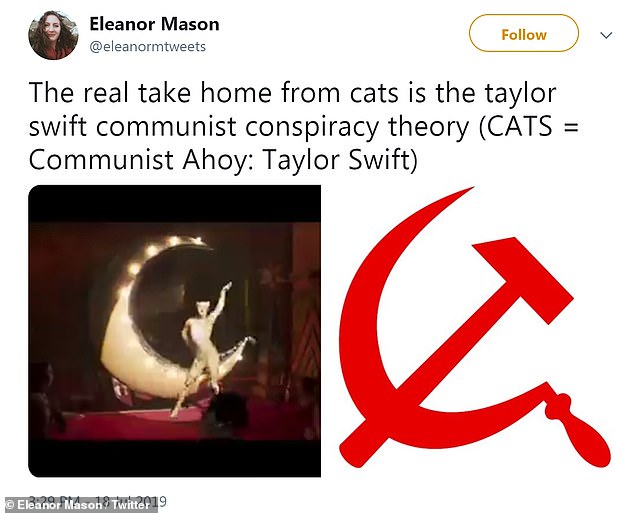 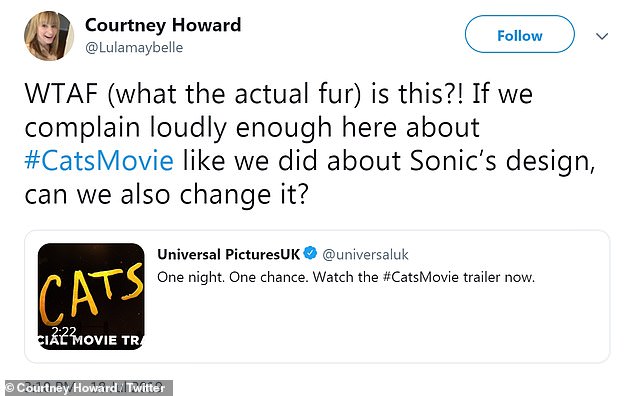