The Cats movie released its official trailer on Thursday.

The clip was visually spectacular as James Corden, Judi Dench, Jason Derulo, Idris Elba and Jennifer Hudson were all seen in over-the-top cat costumes that made them look half human and half feline.

The best part was seeing Taylor Swift as Bombalurina. She is seen in her tight catsuit as she sprinkles cat nip on the floor. 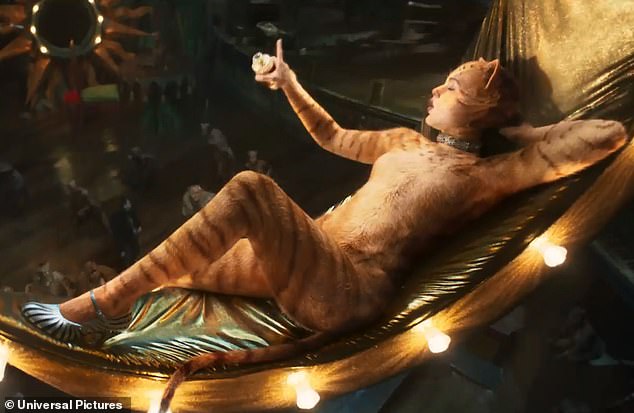 Just hanging around: The Bad Blood singer is seen just lounging around as Bombalurina 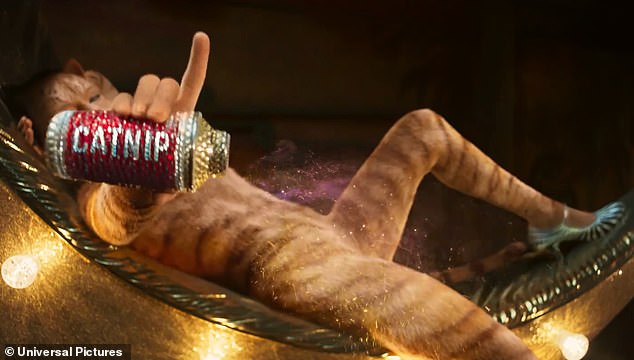 Up to trouble? The siren then sprinkles catnip below her

Rebel Wilson got laughs as the dancing cat that gets her paw caught in a mouse trap.

Ian McKellen also makes an appearance and he appears extra fuzzy in his cat outfit. 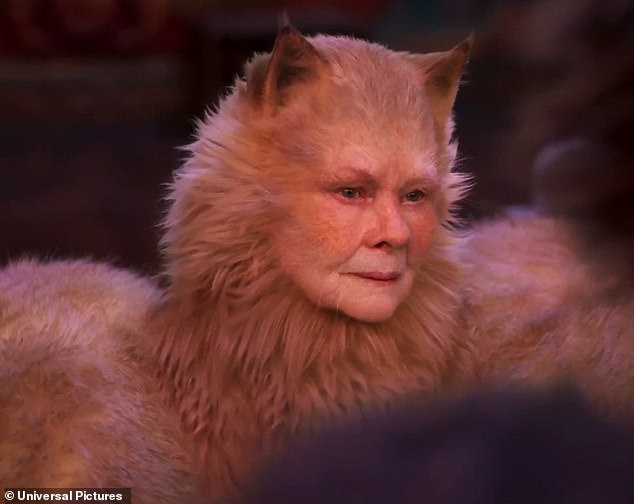 What would James Bond think? Judi Dench looks interesting as a cat with cute little ears 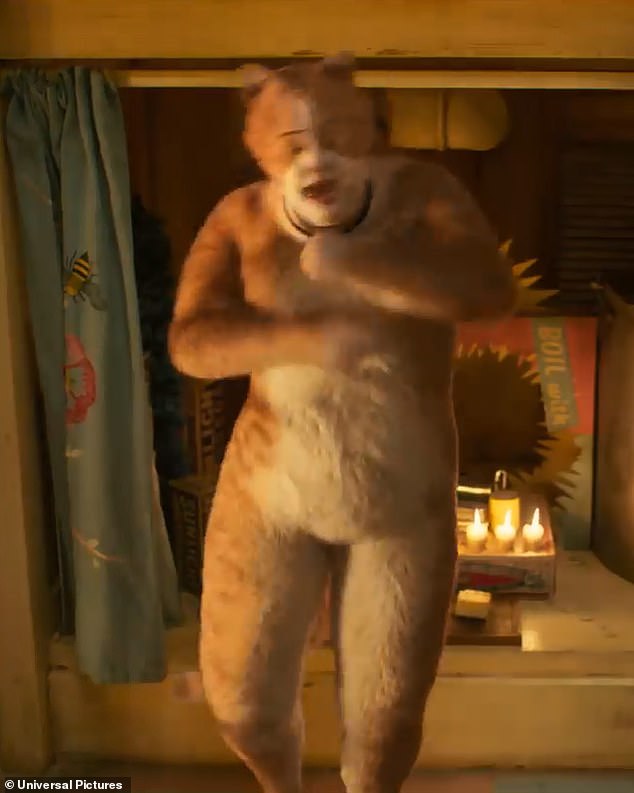 Tee hee: Rebel Wilson got laughs as the dancing cat that gets her paw caught in a mouse trap 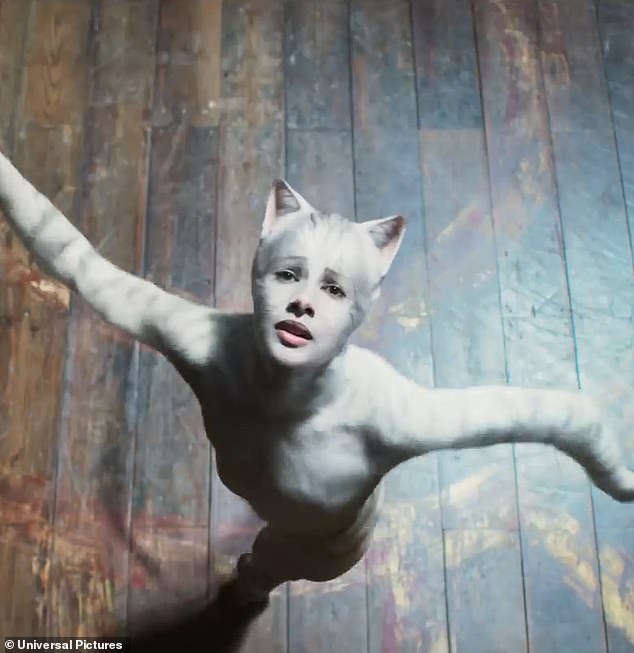 The director is Tom Hopper of Les Miserables and The King’s Speech.

There are several scenes inside a home and on the streets as the cats dance around and sing at the same time.

The film opens ‘this holiday season.’ 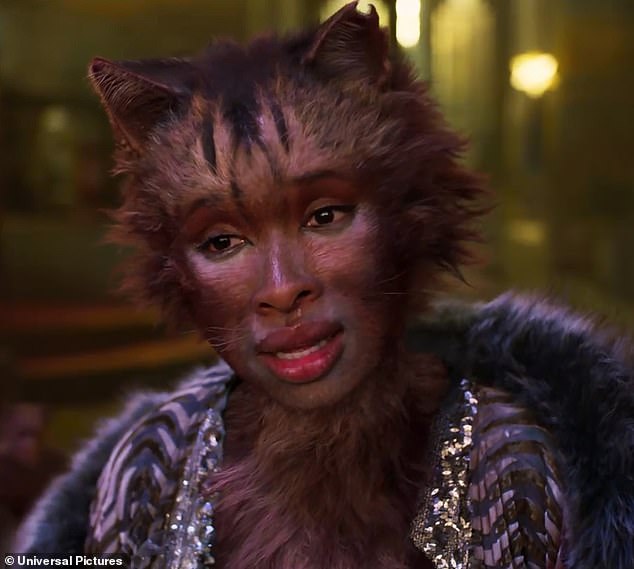 She nailed it: Jennifer Hudson stunned as she belted out the song Memory in character as Grizabella

Cats has been described as a horror musical fantasy comedy-drama film.

It is based on Andrew Lloyd Webber’s musical of the same name, which in turn was based on Old Possum’s Book of Practical Cats by T. S. Eliot.

The story centers on a tribe of cats who must decide each year which of them will rise to the Heaviside Layer, a heaven-like destination, to come back to a life anew.

An unabashed cat fanatic, Swift found it easy to accept the role. 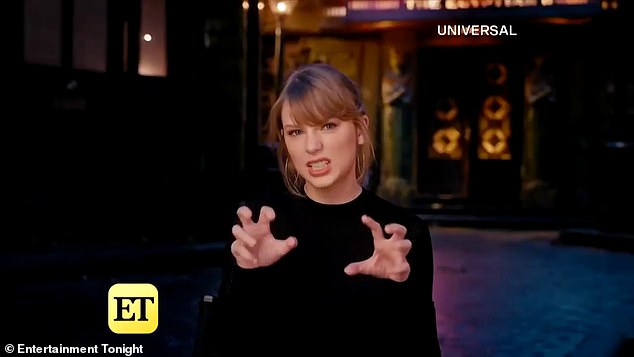 Rawr! In a brief behind-the-scenes segment featured on Entertainment Tonight, Swift (pictured) opened up on her thespian background and how it makes her cut out for the job

‘As a cat lover and a cat owner, if you told me I was going to get to go to cat school every day for work — what?’ she said on a video posted to her own channel.

She also dished some details on her ‘cat school’ curriculum during a talk with Entertainment Weekly.

‘You could learn about how to create the motions of cats, how to think like they think, how to sense things the way that they do, carry yourself the way a cat would. I learned a lot,’ she explained.

As for the feline features seen in the trailer, all were added after-the-fact with a new technology Swift attempted to describe as something ‘not animated,’ and ‘not motion capture … it’s somehow this new way that hasn’t been done before. And they’re giving us a tail that moves naturally, and ears and whiskers.’ 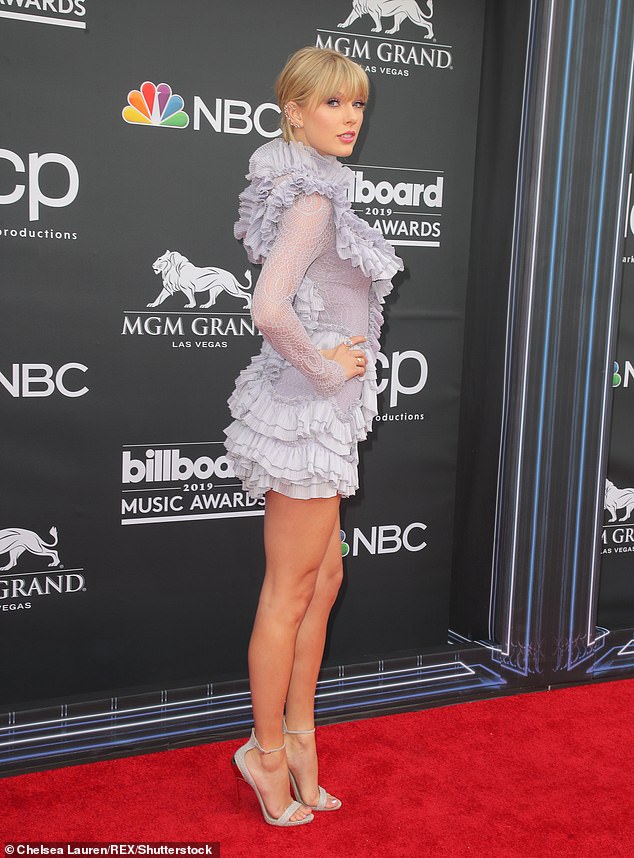 Screen star: An unabashed cat fanatic, Swift (pictured) found it easy to accept the role. Here she is at the 2019 Billboard Music Awards back in May

In a brief behind-the-scenes segment featured on Entertainment Tonight, Swift opened up on her thespian background and how it makes her cut out for the job.

‘My first memories of performance go back to when I was in Pennsylvania growing up. My favorite thing was getting to be theatrical – to tell a story, and I’ve always brought that sort of narrative element to my live shows,’ she said.

It is choreographed by Andy Blankenbuehler, and executive produced by Steven Spielberg.

The film is scheduled for release on December 20, 2019, by Universal Pictures. 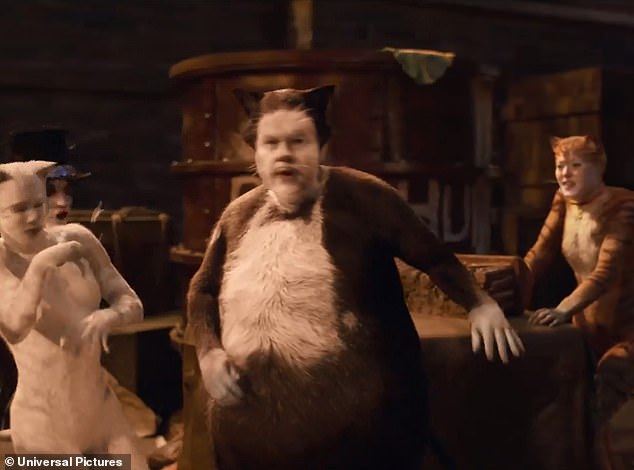 He might be the bright light here: James Corden hopefully provides some comic relief