Cats’ VFX staff had to work 90-hour weeks and sleep at their desks to finish movie, source says

A visual artist who worked on the musical movie Cats has described working on the post-production of the film under Oscar-winning director Tom Hooper as akin to being ‘almost slavery’.

VFX workers apparently slaved away on the film working 90-hour weeks for months only to have their work openly criticized by Hooper who wouldn’t hold back when asking for changes to be made.

Those beneath him described the director as ‘horrible,’ ‘disrespectful,’ and ‘demeaning,’ adding, ‘When you go into a conference room, you’re not allowed to speak. And he talks to you like you’re garbage.’

The film, which was panned by critics and audiences alike when it was released at Christmas, was directed by Hooper who had already won an Oscar for The King’s Speech. 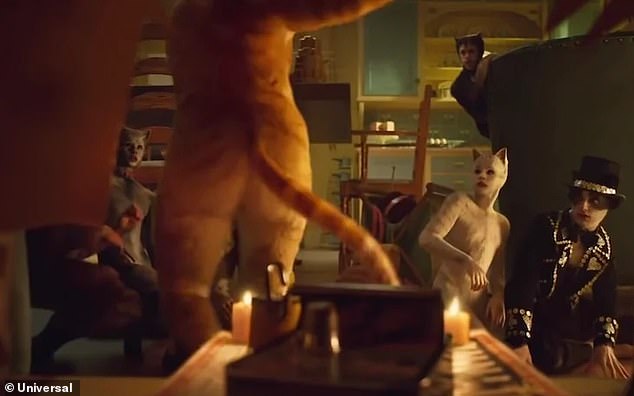 A visual effects artist who worked on the movie spoke to the The Daily Beast about the huge amount of editing that took place just prior to the film’s release.

One bizarre request saw graphic artists having to edit out the ‘buttholes’ of cats in the film which were clearly visible.

There was a supposed attempt with Cats to have the feline characters ‘appear as lifelike as possible’ but the VFX artist detailed how about halfway through the post-production of the movie, a decision was made to remove anuses which were visible.

‘When we were looking at the playbacks, we were like, “What the hell? You guys see that?!” the unnamed source said.

The source revealed that the adding of buttholes was not one of Hooper’s decisions as director.

‘There was nobody that said, “We want buttholes!” It was one of those things that just happened and slipped through.’

A visual artist was then told to remove all of the buttholes from the final cut and called working with Hooper ‘almost slavery’. 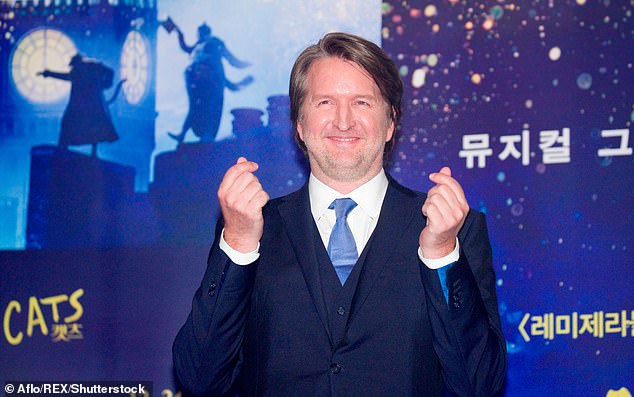 If things weren’t to his liking, director Tom Hooper, pictures would open criticize their work

One crew member tweeted that they had worked 80-hour weeks while the source the Daily Beast spoke to confirmed crew members would end up staying in the office for ‘two or three days at a time, sleeping under desks.’

Hooper, who doesn’t have a background in animation, was apparently unable to grasp how things might look in the final cut and would insist animators create fully fledged versions of scenes instead of drafts which made the whole process even longer.

‘Hooper, however, did not seem to grasp that process. Any time the visual effects team wanted to show the director any animatics, the source said, they had to fully render it. Otherwise, he’d say things like, “What’s this garbage?” and “I don’t understand— where’s the fur?”‘

If it wasn’t to his liking Hooper would allegedly openly and rudely criticize their work. 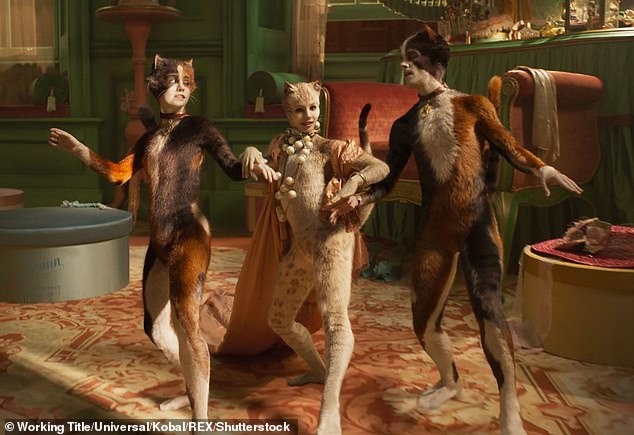 The anonymous source went on to describe how some of aspects of the production were absurd citing an example when Hooper wanted to see videos of real cats performing the same actions the actors would.

Cats was released by Universal Pictures during the Christmas holidays where it flopped at the box office pulling in $27 million in the U.S. and $73 million worldwide.

The musical had an $80 million budget even before marketing had begun. 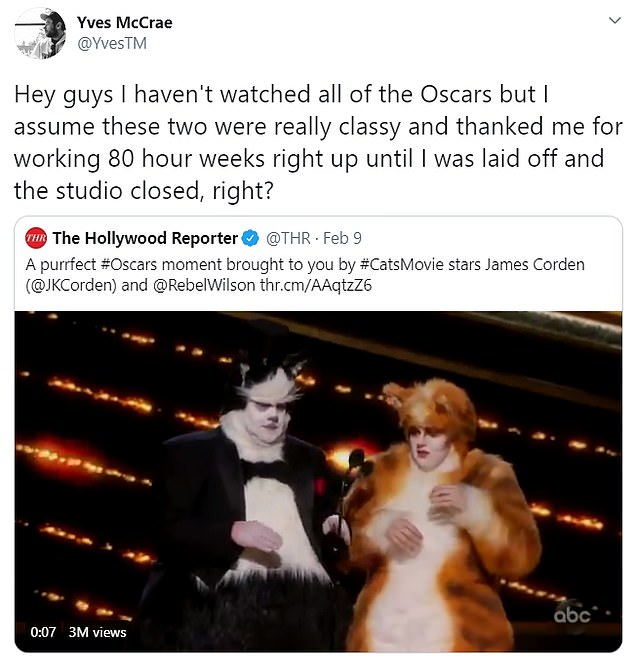 Although the film wasn’t nominated for any Oscars, it was openly ribbed by two of its lead actors, James Corden and Rebel Wilson who mocked the film’s ‘digital fur’ and overall standard of animation.

The source also alleged that it took the VFX team six months to produce a two-minute long trailer leaving just another four months to finish off the rest of the 90 minute film.

‘It was pure, almost slavery for us, how much work we put into it with no time, and everything was difficult. We were so rushed on the project that we’d have no time for anything. So when people say, “Oh, the effects were not good,” or “The animation’s not good,” or anything, that’s not our fault. We have no time. Six months to do a two-minute trailer and four months to do a film of an hour and a half.’

DailyMail.com has reached out to both Tom Hooper and Universal Pictures but has yet to hear back from either.