Cleveland Cavaliers guard Jordan Clarkson did not admit to being a flat earther, as Cavs guard Kyrie Irving once did, but the 25-year-old does hold the relatively common misconception that dinosaurs and humans coexisted.

What’s more, he thinks the dinosaurs were actually the pets of gigantic humans.

Clarkson revealed this belief on The Road Trippin’ podcast, which was originally hosted by now-former Cavaliers Richard Jefferson and Channing Frye, the latter of whom was traded for Clarkson at February’s NBA Trade Deadline.

Unlike one podcast co-host, Jordan Clarkson does believe in dinosaurs. He just thinks they were the domesticated pets of gigantic homo-sapiens who roamed the earth before we did

After co-host D.J. Montage claimed not to believe in Elvis, he went so far as to cast doubt on the very existence of dinosaurs.

At first, Clarkson agreed: ‘I don’t believe in dinosaurs either.’

Then the Oregon State product reconsidered.

‘Well, actually I do,’ he said, as quoted by Vice Sports. ‘I believe that, OK this is going to get a little bit crazy. I’m gonna take you all a little left on this. You all know how we got dogs and stuff, right? So I think it was bigger people on the world before us, and like the dinosaurs was they pets.’

‘Well, you look at a dinosaur, they gotta be three times bigger than them.’ 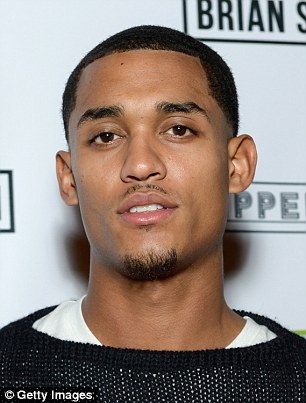 Montage, who only seconds earlier doubted the existence of dinosaurs in spite of the abundance of fossilized remains proving otherwise, had a follow-up question: ‘Where are their bones?’

Clarkson may have misheard the question or perhaps he just did not feel like answering, ‘Mhmm.’

The podcast did not ultimately come to a conclusive answer on the subject, but it’s worth remembering that dinosaurs failed to survive a Cretaceous–Paleogene extinction event 66 million years ago.

Homosapiens, on the other hand, have existed for less than half a million years.

Clarkson’s comments were made on the same podcast where Irving famously suggested the earth was flat just over a year ago.

Now a member of the Boston Celtics, Irving stated emphatically that his belief in a flat earth is ‘not even a conspiracy theory,’ adding, ‘the Earth is flat.’

Irving later denied that he was being serious.

Clarkson and Irving could meet in the second round of the Eastern Conference Playoffs (and maybe hold a scientific symposium) if the standings hold firm for the second-place Celtics and third-place Cavs. 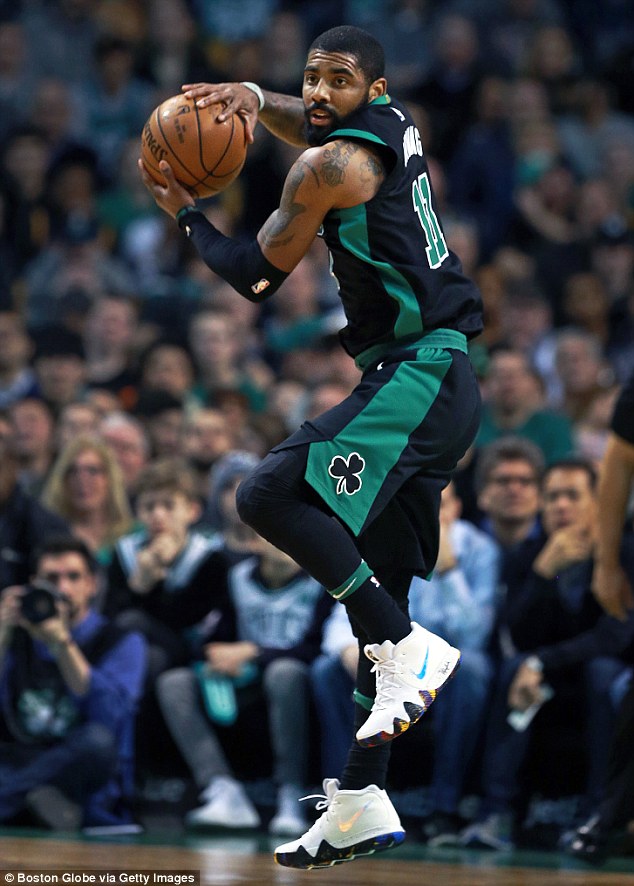 Before he played for the Boston Celtics, Kyrie Irving was a Cleveland Cavaliers guard who questioned whether or not the earth was, in fact, round. He has since claimed he was joking