He’s a stand-up comedian who endured a spectacular fall from grace in November 2014, when he joked about an audience member at a gig ‘gagging for a rape’.

And, following efforts to rehabilitate his image via a recent stint on Celebrity Big Brother, Dapper Laughs still found himself facing questions about his continued  crude jokes when he made an appearance on ITV’s Loose Women on Tuesday.

Show panellist Nadia Sawalha hit the 33-year-old funnyman with a tough line of questioning over the shocking incident, insisting that despite his remorseful words, he still has ‘stuff to learn’. 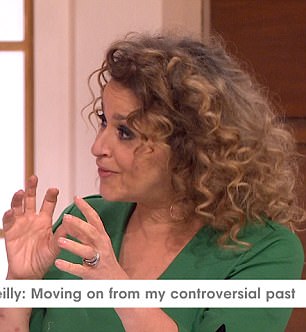 Taken to task: Dapper Laughs, left, was taken to task by Nadia Sawalha, right, over his penchant for making crude jokes when he appeared on ITV’s Loose Women on Tuesday

Addressing his career-crashing moment, Dapper Laughs, real name David O’Reilly, said: ‘It broke my heart that it upset so many people. And rightly so. It was very difficult for me to sit down and explain to Maggie [Oliver] that I was in there because I made a bad judgement. And to come out with her as a friend, was important.’

Former police officer Maggie gained widespread attention when she helped bring an end to the vile Rochdale grooming ring, which horrified the nation.

Pressing on about his comments, Dapper Laughs said: ‘I don’t want to underplay it or what it did to my career. It was a flippant comment. I got carried away with what I was saying. And I was showing off and it was just a stupid thing to say. 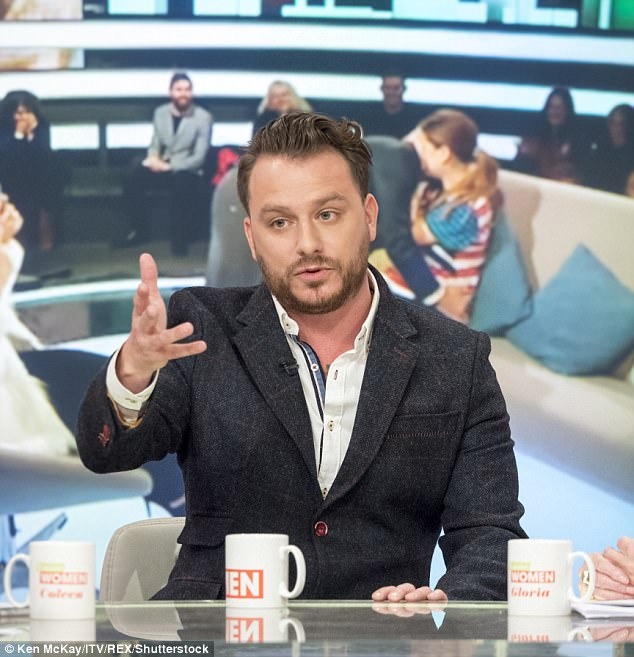 Regret: He expressed regret over his choice of words during his time on Celebrity Big Brother 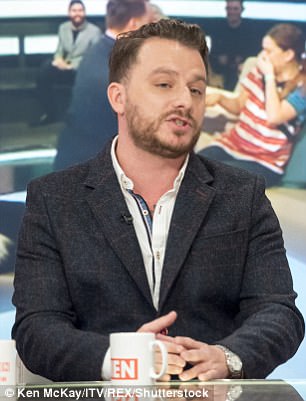 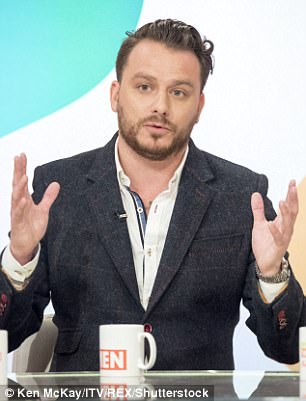 A step too far: The comedian endured a spectacular fall from grace when he joked about an audience member at one of his stand-up gigs ‘gagging for a rape’ 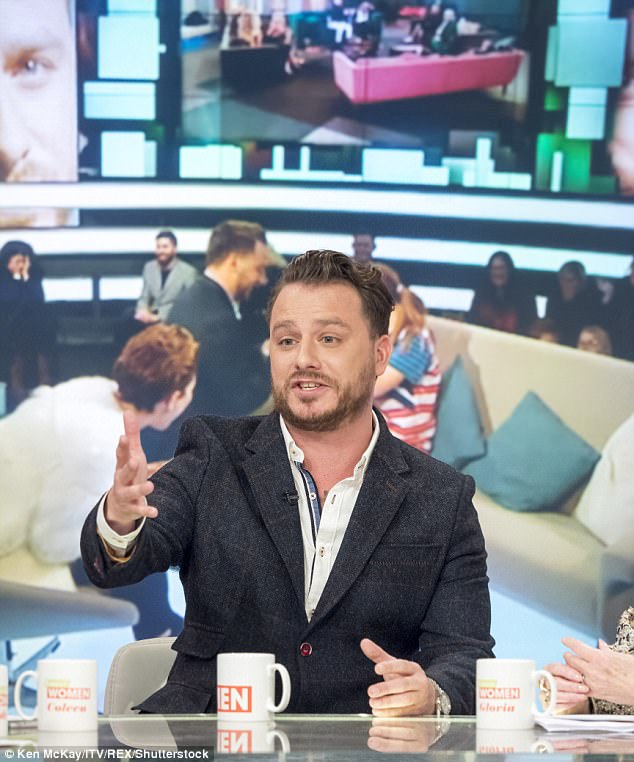 Heartbreaking: Addressing his career-crashing moment, the star, real name David O’Reilly, said, ‘It broke my heart that it upset so many people. And rightly so’

‘The only reason why I did Big Brother this year is because it was the year of the woman.’

However, Nadia was keen to share her thoughts on his behaviour, telling him: ‘Personally, I still think you have stuff to learn. Some of them were so derogatory to women. And If you had said that about my daughter… I think you’re funny without making a sexual joke, so just stop it.’

In response, he conceded: ‘I do say stupid things and I do have a very different view now when I look at my baby Neve. And I know it shouldn’t take you to have a baby daughter. I have to learn how to say things in more of an intelligent way, which is hard for me.’ 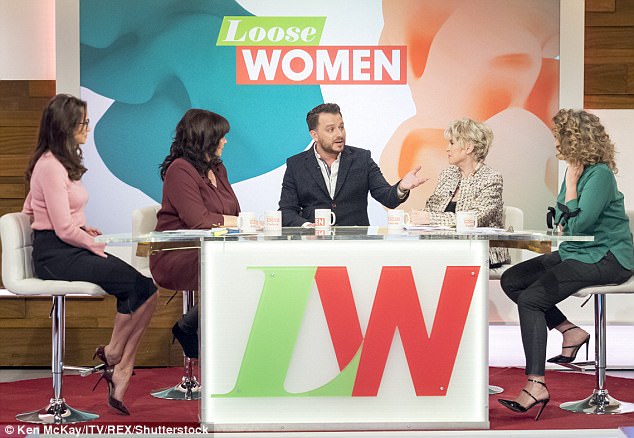 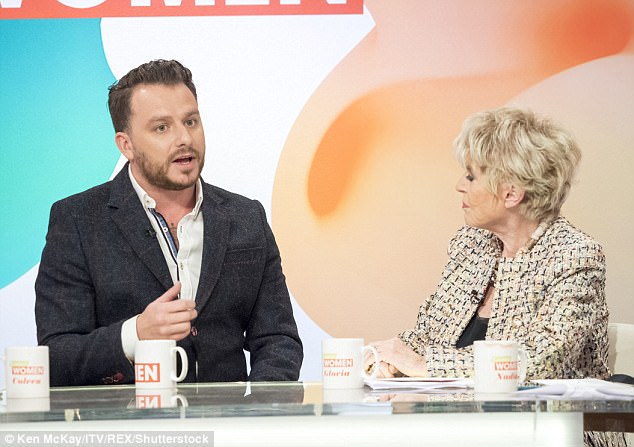 Rebranding: The funnyman entered the Celebrity Big Brother house to rehabilitate his image 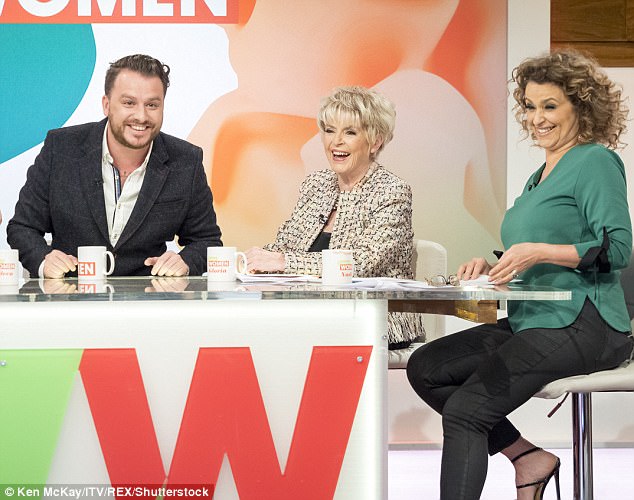 The comedian, who proposed to his long-term love Shelley Rae during his live eviction from CBB on Friday, added: ‘I proposed when I came out, I had had an emotional rollercoaster.

‘I went in there and I say silly stuff, I didn’t know she had been waiting for me on the other side. It’s all been about me and she has been there for me and I thought, “Why haven’t I married her?”’

Dapper Laughs shot to fame as a stand-up comedian and pick-up artist, for which he enjoyed widespread success four years ago.

However, he fell from grace spectacularly when he made a joke about an audience member at a stand-up gig ‘gagging for a rape’ while also being accused of misogyny. 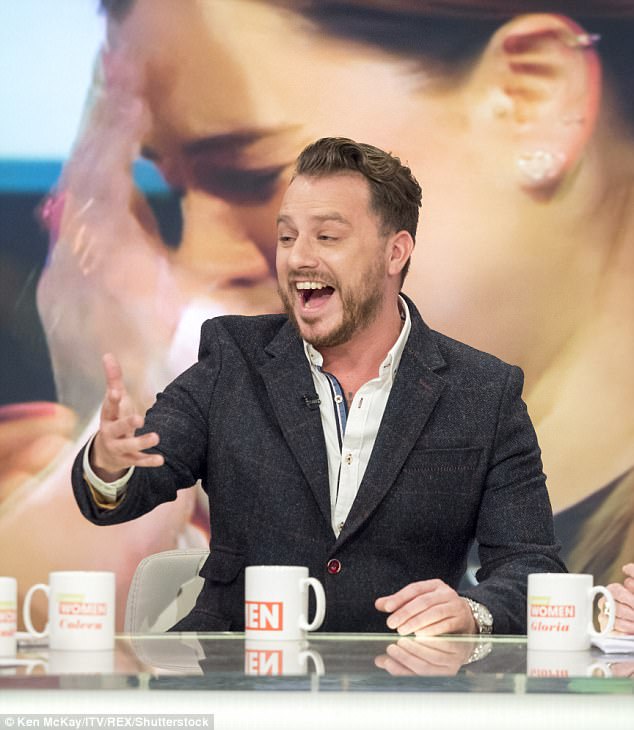 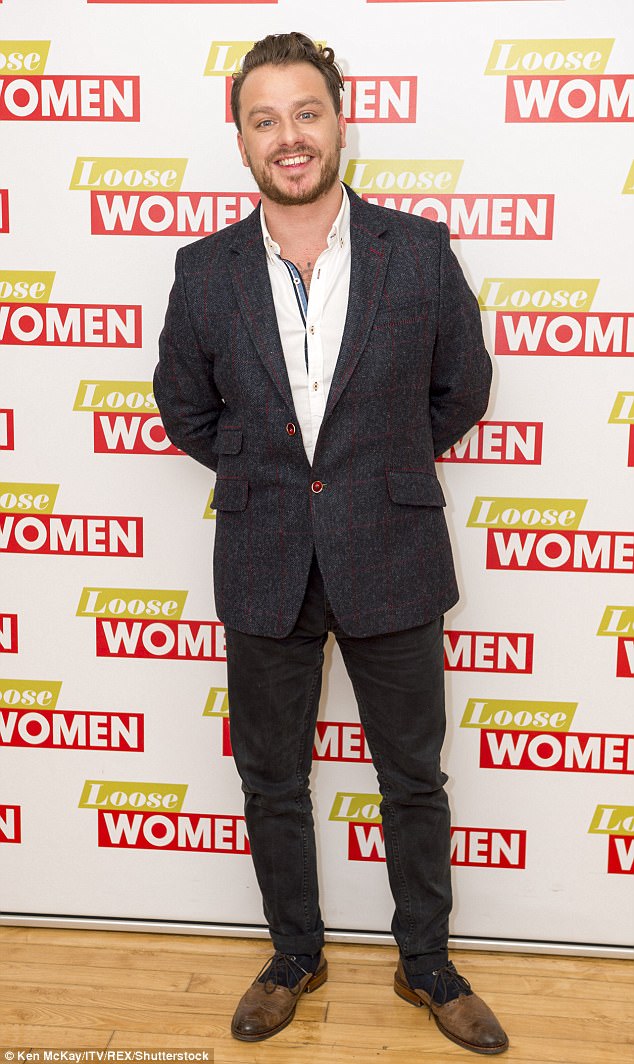 After a campaign called for ITV to fire the star, the network announced the plan not to renew his show Dapper Laughs: On The Pull.

He later made a sombre appearance on Newsnight in November 2014, in which he said the character had indefinitely retired, but later resurrected Dapper Laughs a month later.

He has since found himself at the centre of controversy on CBB, after making lewd comments about his female housemates, including a ‘vile’ oral sex joke about Ann Widdecombe.

Meanwhile, he recently told MailOnline that his proposal to Shelley Rae was a last-minute decision – adding that he made the ring out of paper with Swarovski diamonds stuck to it. 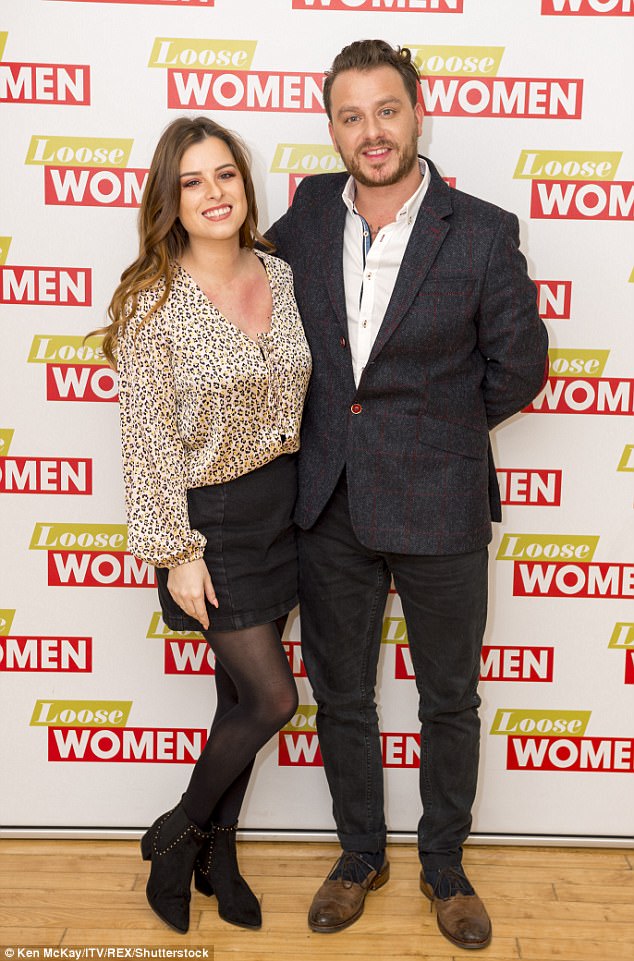 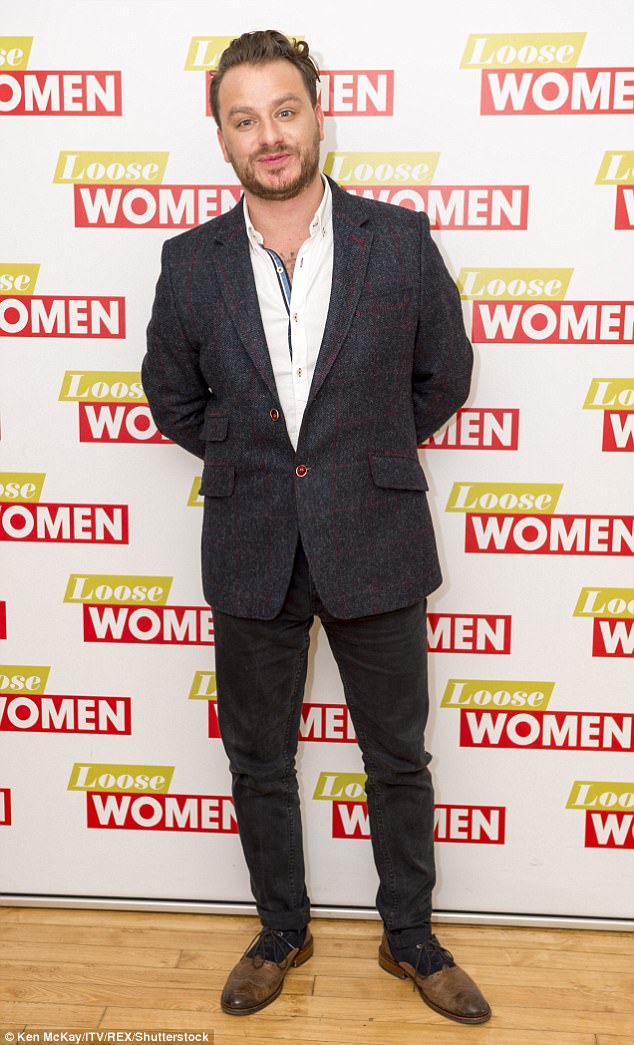 He said he realised Shelley had taken a ‘massive backseat’ in his life over the past year and he ‘regretted’ not proposing sooner.

‘My last year has been a rollercoaster. My dad passed away, I had a baby and I concentrated a lot on my career. Shelley had to take a massive back seat,’ he said.

Dapper said going into the Celebrity Big Brother house for three weeks prompted him to re-evaluate his life, admitting: ‘As soon as she was taken away from me and I had no phone, I had hours on my own to think.

‘And I suddenly realised that all I wanted when I come out was her and Neve and I wish I had done it sooner. I regretted every day that I hadn’t asked her.’ 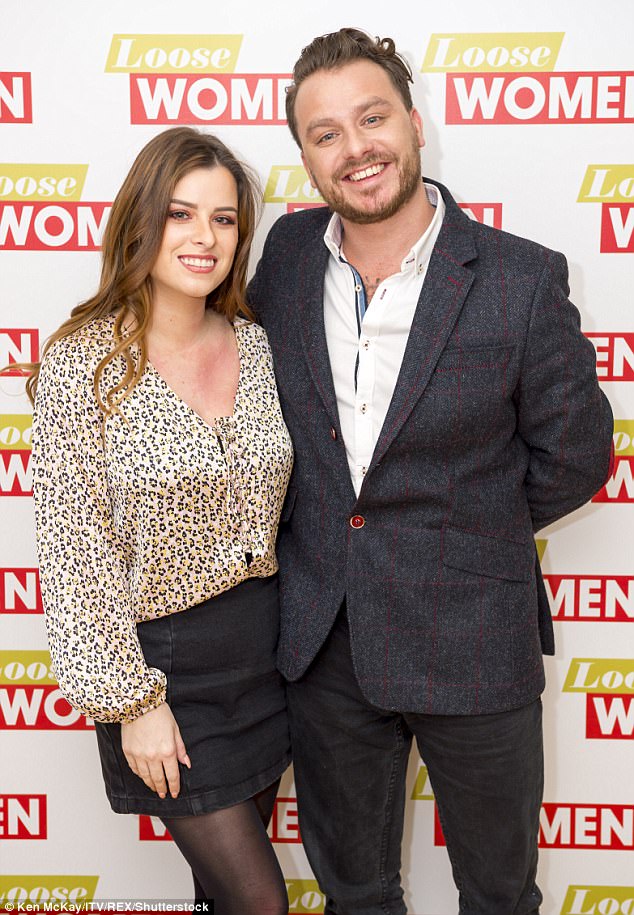 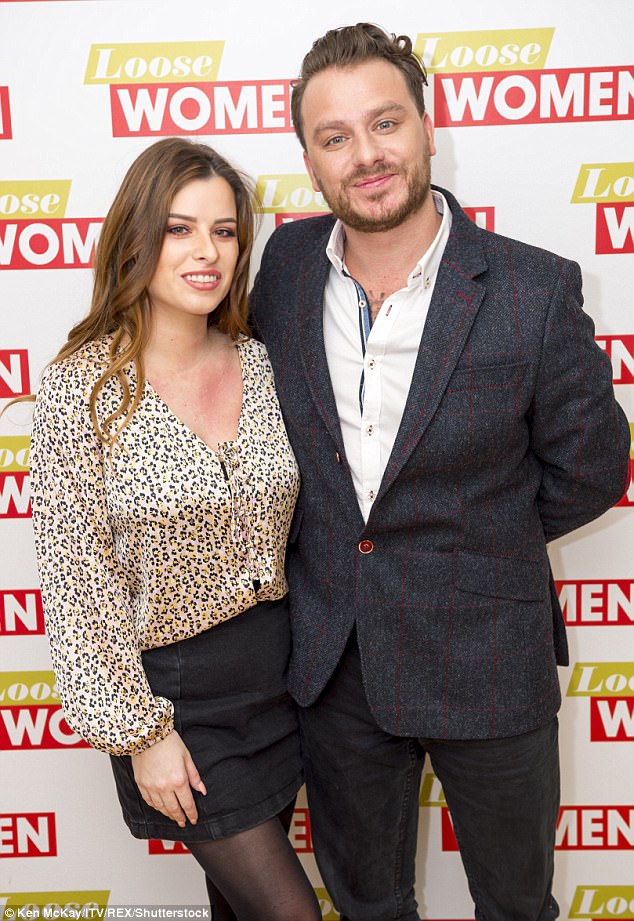 Dapper added: ‘I made the ring out of a piece of paper and some Swarovski diamonds. I committed to myself that I wouldn’t not ask her when I came out. Unfortunately that meant I did it live on Celebrity Big Brother.’

The comedian, who fell spectacularly from grace in 2014 after making a rape joke during a gig, has shocked viewers with his lewd comments inside the house.

He joked that Ann Widdecombe, 70, had ‘sucked a d**k’ at some point in her life, and on another occasion said Jonny Mitchell would soon be ‘hanging out of the back’ of Jess.

Discussing his lewd comments, the comic confessed he wasn’t sure how Shelley would react to his behaviour inside the house. 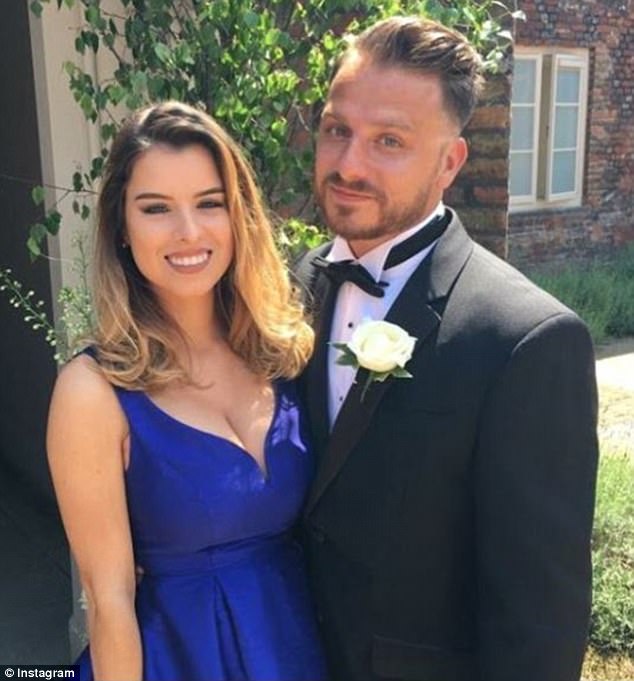 Love of his life: Dapper Laughs has admitted it was a last-minute decision to pop the question to girlfriend Shelley Rae – adding that he made the ring out of paper with Swarovski diamonds stuck to it 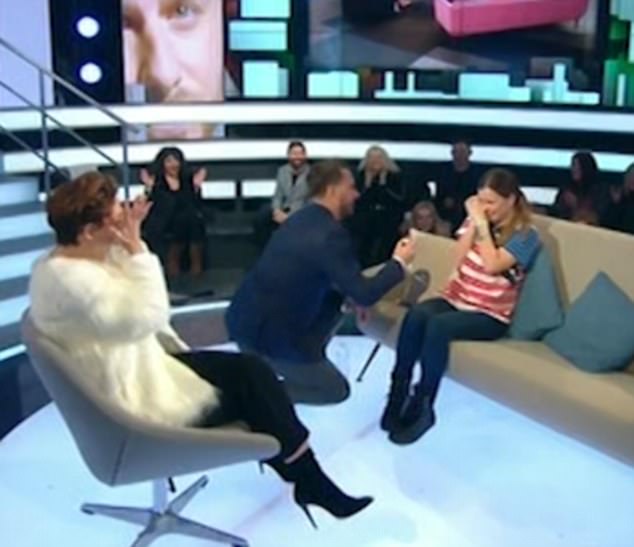 Ecstatic: Speaking to MailOnline after his exit, the 33-year-old comedian said he realised Shelley had taken a ‘massive backseat’ in his life over the past year and he ‘regretted’ not proposing sooner

‘I was terrified. I had no idea how I’d come across out of the show – if she was happy or sad. It was very emotional. It was very difficult not to blubber. I didn’t even know if I was going to see her. I was so glad to see her there.’

Daniel, who shares one-year-old daughter Neve with Shelley, added that he’s already thinking ahead to having more kids.

Asked if he envisions little tots running around the O’Reilly household, he gushed: ‘Yeah definitely. 100 per cent.’

Dapper melted hearts on Friday night with his sweet proposal. He had been recalling his experience of living in the Celebrity Big Brother house and confessed that he’d had a lot of time to think while starring on the Channel 5 reality series. 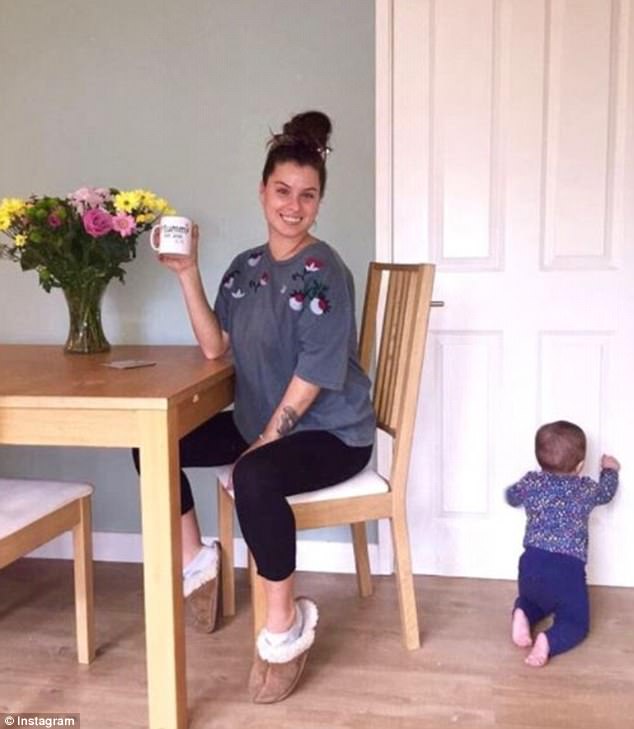 Epiphany: He admitted: ‘As soon as she was taken away from me and I had no phone, I had hours on my own to think’ (pictured, Shelley with their one-year-old daughter Neve) 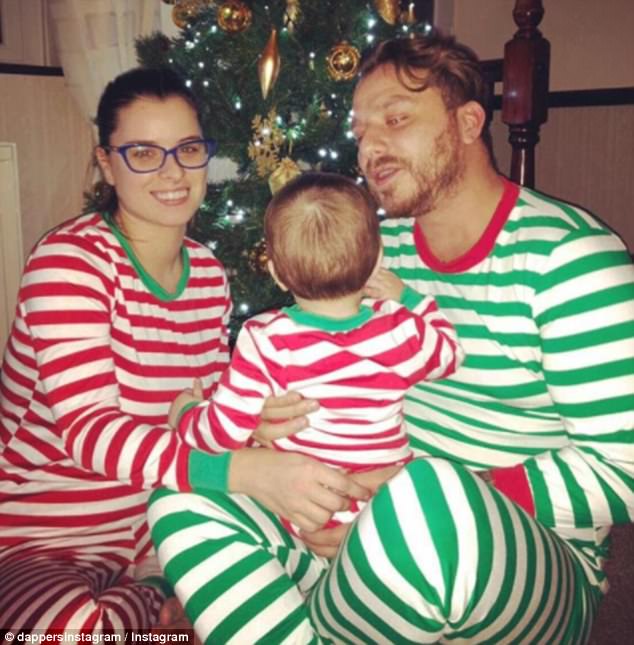 Sweet: He added: ‘And I suddenly realised that all I wanted when I come out was her and Neve [their one-year-old daughter] and I wish I had done it sooner. I regretted every day that I hadn’t asked her’

Turning to his girlfriend, he said: ‘Do you know what, when I was in the house, every day I regretted I didn’t ask you… so will you marry me?’

He then presented Shelley with a make-shift ring, as she broke down in tears at the romantic gesture.

Revealing he had been planning on popping the question while waiting for a response, Dapper said: ‘Is that a yes? Sorry about the ring, Ginuwine made it for me, but we’ll trade it in for a better one.’

Taken aback by the scenes unfolding in front of her, a shocked Emma quipped: ‘You shot that ring on before she could say no,’ to Dapper, as they resumed their post-eviction chat. 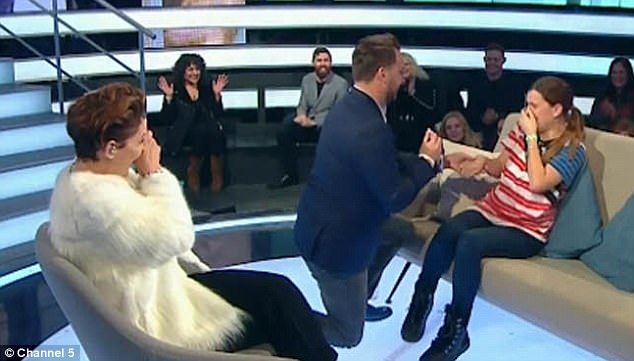 Say yes! Dapper melted hearts when he proposed live on air to Shelley, during his eviction interview with host Emma Willis on Friday night 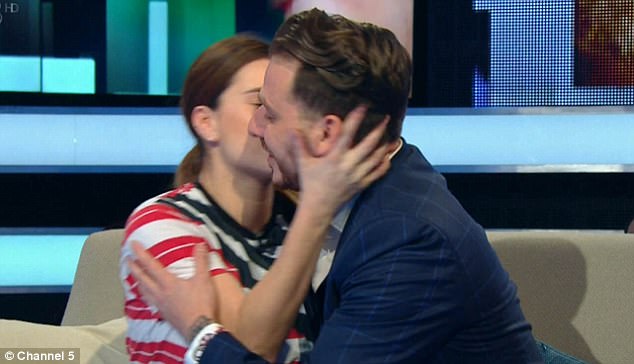 Sweet: The disgraced comedian got down on one knee mid-interview and asked his long-term love to marry him

Insisting that he will still go about his proposal in the traditional way (or as close to it as he could), Dapper claimed he would ‘double check’ with Shelley’s dad that he was OK with him asking her to marry him.

Ever the comedian, he then couldn’t resist joking: ‘Is the ring all right? You won’t need another on as well.’

The star and Shelley have been dating for three years and welcomed Neve in December 2016 – her arrival came after Shelley voiced her fears the couple wouldn’t be able to have children, after being told by doctors she would struggle to conceive. 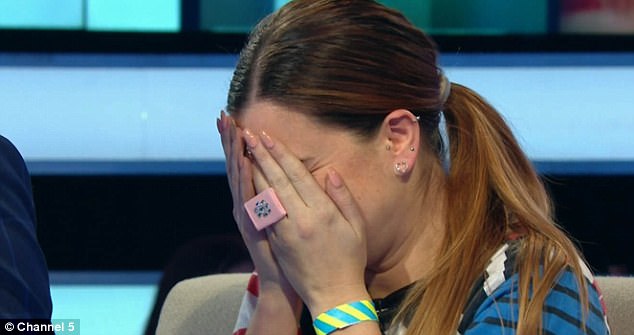 Shocked: Model Shelley broke down in tears at the gesture before accepting Dapper’s proposal 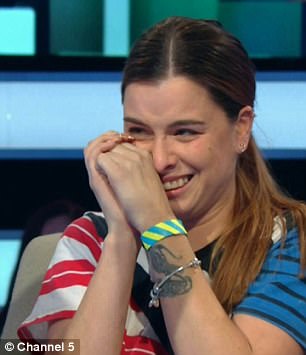 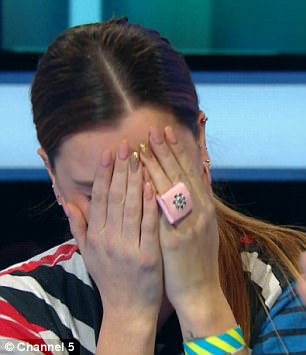 Set to wed: He then presented Shelley with a make-shift ring, as he revealed he had planned the entire thing with rapper Ginuwine while in the house 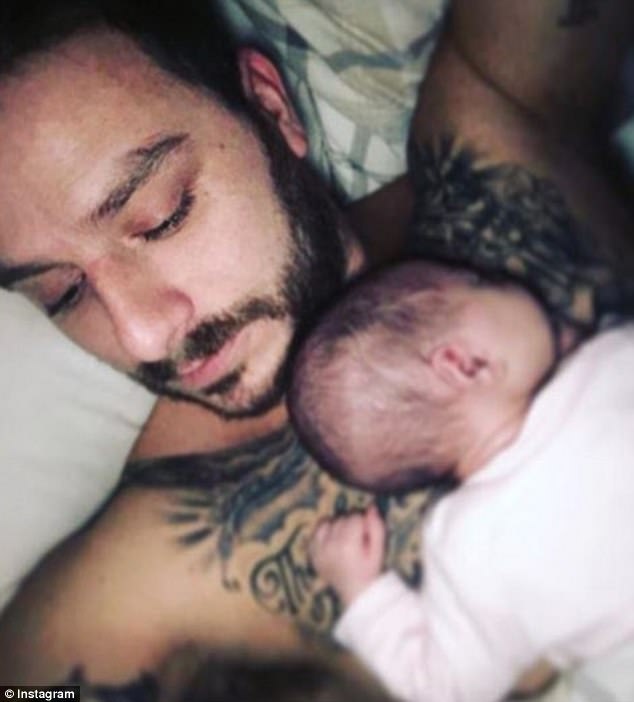 More babies? Asked if he envisions little tots running around the O’Reilly household, he gushed: ‘Yeah definitely. 100 per cent’ (pictured with daughter Neve)