A multi-agency search effort saved more than a hundred migrants wandering through ranch land in scorching temperatures near the Mexico-United States border on Tuesday.

U.S. Customs and Border Protection agents assigned to the Laredo Sector answered to a report of a broken down truck on a highway in the small town of Freer, Texas.

After finding the truck, the agents then encountered the group of migrants struggling under the hot sun as temperatures peaked over 100F.

A search plan was put into action, and officials rescued 110 migrants from the area.

Personnel from the Border Patrol along with a unit from the Texas Department of Public Safety, Air and Marine Operations, and the DHS Volunteer Force from Office of Field Operations searched the field near the highway.

A CBP spokesperson told DailyMail that the truck was not connected to the migrants.

Members of the Border Patrol, Texas Department of Public Safety, Air and Marine Operations, and the DHS Volunteer Force from Office of Field Operations saved 110 migrants from extreme temperatures at a ranch land in Freer, Texas, on Tuesday 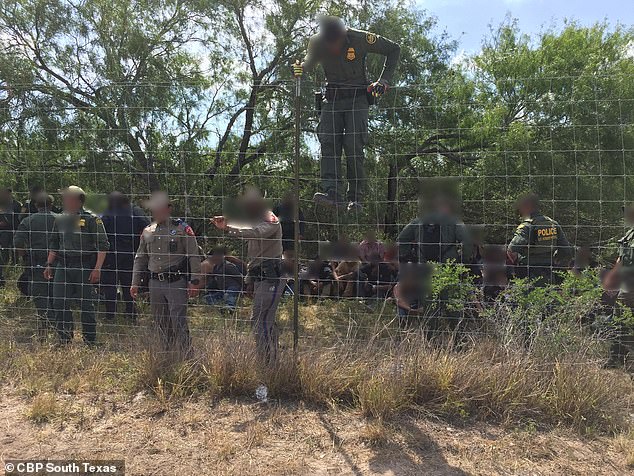 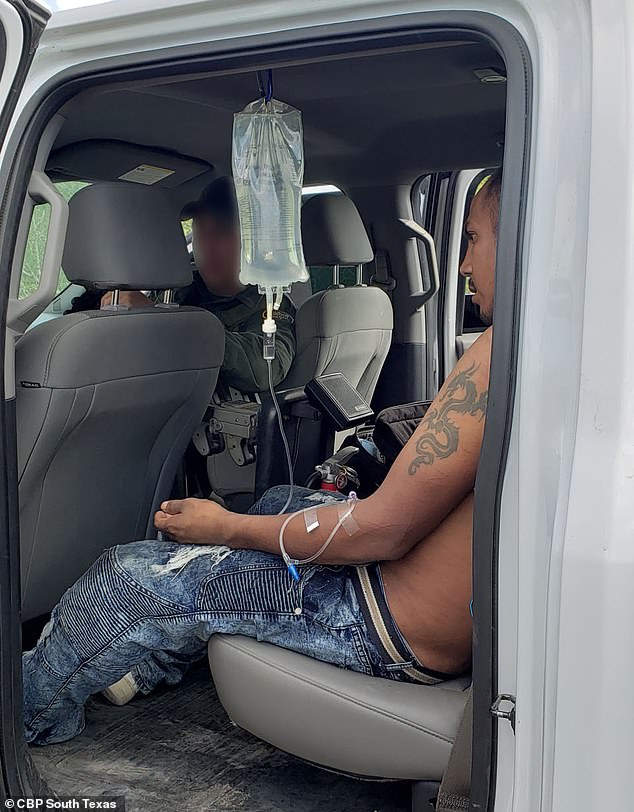 A migrant received IV fluids during the search and rescue mission. All of the undocumented immigrants were taken to the Freer Station for processing

According to CBP, the migrants who illegally crossed the Mexico-United States border were listed as natives from Brazil, Ecuador, El Salvador, Guatemala, Honduras, Mexico, and Nicaragua.

Most of the migrants that were apprehended were adult males.

A CBP spokesperson said that there were unaccompanied children in the group, but couldn’t provide an exact figure pending an investigation.

The agency was unsure of how much time the migrants had spent on the field before they were discovered. 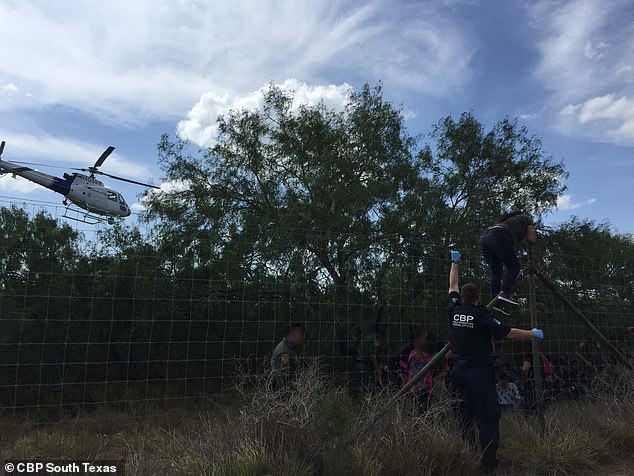 A female migrant (right) climbs over a fence with assistance of a CBP officer after 110 migrants were spotted near a highway in Freer, Texas, on Tuesday 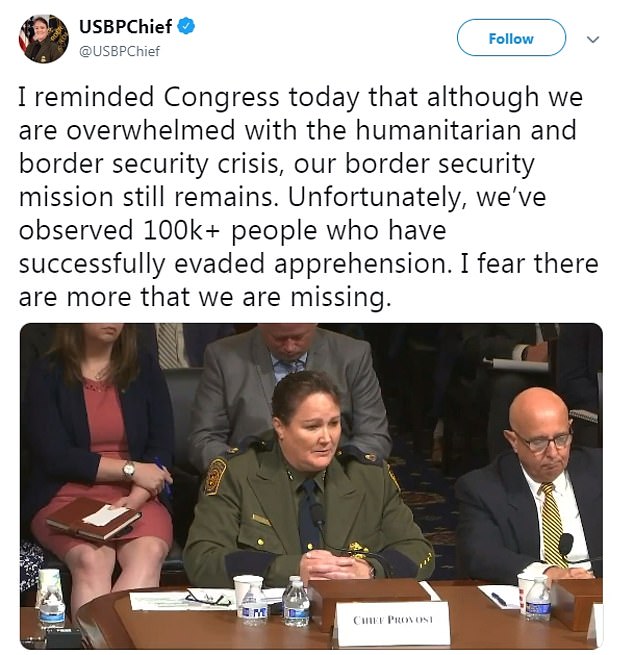 CBP chief Carla Provost appeared before the House Homeland Security Committee in Washington and said that more that 100,000 have evaded arrest after illegally entering the United States

One of the migrants was given medical treatment and was administered IV fluids by an Air and Marine Operations.

All of the migrants were transported to the Freer Station.

During a hearing in front of congressional leaders with the House Homeland Security Committee in Washington, CBP chief Carla Provost said that through the first six months of 2019, the agency had ‘observed more than 100,000 people who have successfully evaded arrest—a five-year high.’

‘These are just the ones we know about—even with the Department of Defense’s support, I fear there is far more we are missing,’ Provost added.

At least 133,000 migrants were arrested in the month of May after crossing the border illegally.

The immigration enforcement agency detained over 11,000 unaccompanied children during that same period.