Police are desperately searching for two bystanders who may have information about the death of a woman in Sydney Harbour.

CCTV images show the couple walking outside the Park Hyatt hotel at The Rocks around 11.40pm on November 11.

The body of a 22-year-old Chinese student was pulled from Campbells Cove at Circular Quay on the morning of November 12.

Her identity has not been made public.

Police are searching for a couple (pictured) walking outside the Park Hyatt hotel at The Rocks around 11.40pm on November 11.

While her death is not being treated as suspicious, police are keen to speak to the pair as ‘probable witnesses’ to the incident, police confirmed to Daily Mail Australia.

The man and woman in the CCTV are both described as being of Caucasian appearance.

Officers from Sydney City Police Area Command were called to at 7am on November 12 after a body was spotted in the water by ferry terminal workers.

Despite paramedics attempts to resuscitate her, she was declared dead at the scene. 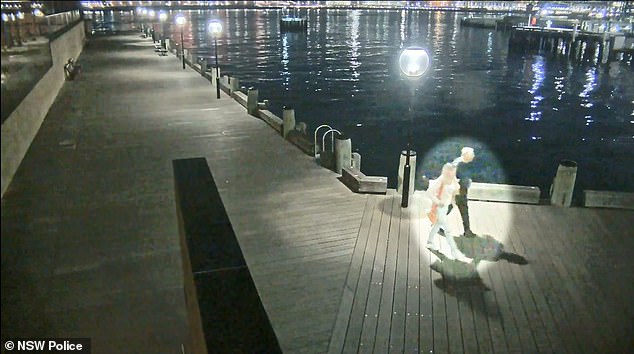 The unknown 22-year-old was described as being of Asian appearance with black shoulder length hair.

At the time she was wearing a red t-shirt, a denim jacket, black denim jeans, and black shoes.

There were no signs of injury on her body.

Cruise ship Radiance of the Seas docked at the terminal about 6.30am, shortly before the body was found.

It is understood the woman was not a passenger on the ship and all of the more than 2,500 on board were accounted for.

Any witnesses, or anyone who may know the identity of the people depicted, are urged to contact Crime Stoppers on 1800 333 000. 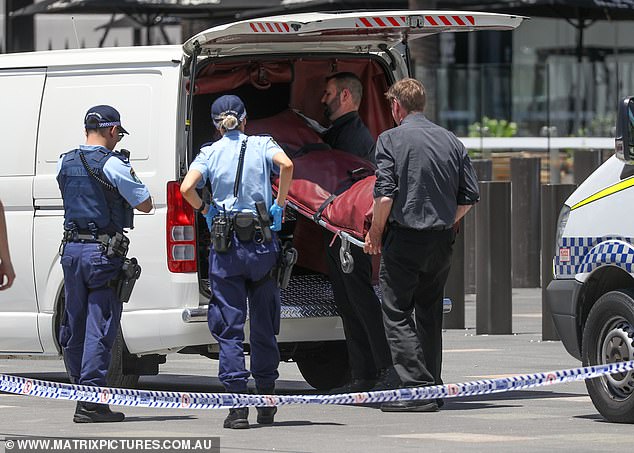 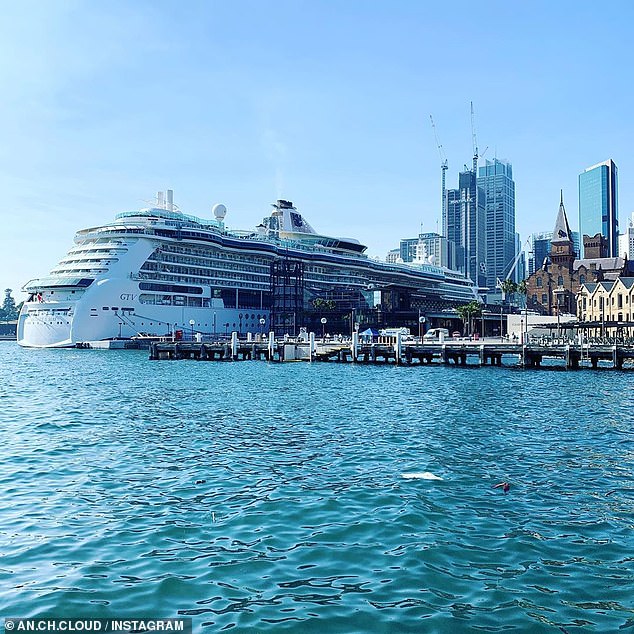 Cruise ship Radiance of the Seas docked at the Overseas Passenger Terminal about 6.30am, shortly before the body was found nearby