Shocking CCTV captures the moment gunmen open fire at notorious Finks bikie boss’ home as he, his wife and their two-week-old son sleep inside

Shocking CCTV footage has captured the moment a group of gunmen unleash a barrage of bullets on the home of a notorious bikie boss.

Finks elite Brent James Reker was inside his Frankston home, southeast of Melbourne, with his wife and two-week-old son when it was attacked last May.

Bullets from the shooting were found lodged in a neighbour’s home the next morning, where a family – including two children younger than four – slept blissfully unaware they were metres from being shot.

Now, footage of the attack has been released by anti-bikie Echo Taskforce in a bid to track down the runaway shooters.

The footage shows a man running from a car parked in front of the property as it bursts into a ball of flames.

That attacker jumps in the driver’s seat of their getaway car while a second man shoots at the home.

He unleashes a volley of shots before getting into the back of the car, which flees quickly.

Detectives believe the car in the footage was seen earlier in Melton, which is more than 90km away.

The anti-bikie taskforce is now checking the remains of the bullets left at the scene with firearms they’ve since seized. 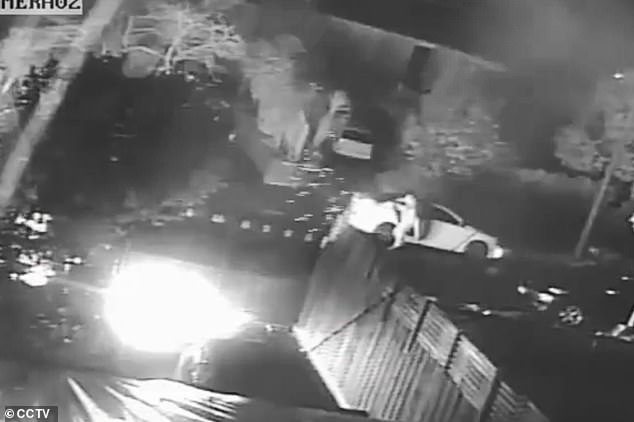 A pair of attackers targeted Reker’s home, one setting a car out front alight as another shot 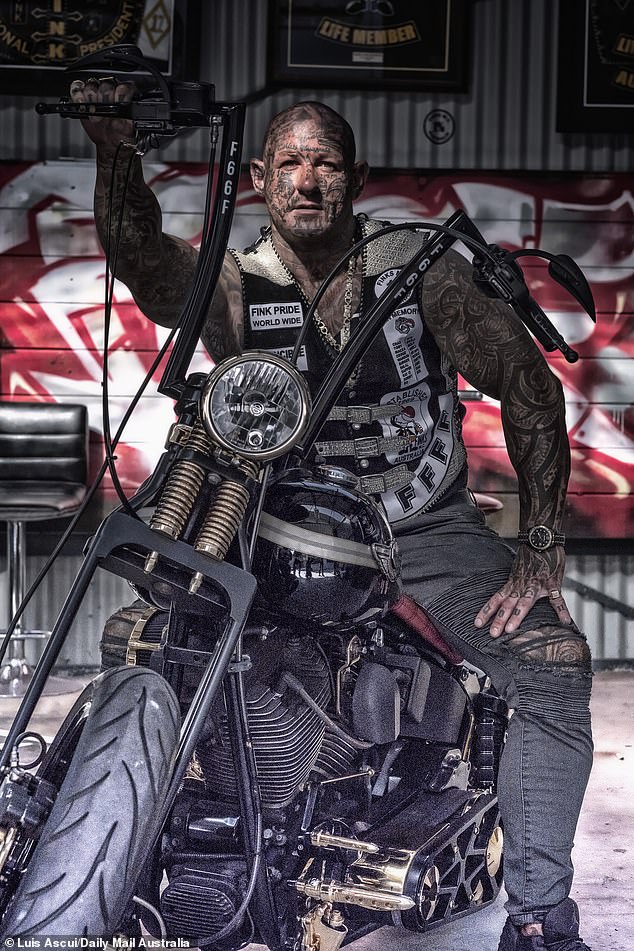 Meanwhile, police have issued a plea for anyone who might’ve seen anything suspicious in Melton or Frankston on the morning of May 31 last year.

‘While we believe this shooting is highly targeted, what is concerning is the ­opportunity for innocent parties to be caught up in incidents such as this,’ Detective Sergeant Justin Mercovich told The Herald Sun.

‘One of the bullets has struck a neighbouring property where two small children were asleep, so the consequences could really have been disastrous.’

The Finks Motorcycle Club was recently resurrected, with Reker at the helm.

A series of raids in 2015 saw the club fade into obscurity for a number of years.

But Reker brought the club back to Victoria early last year. 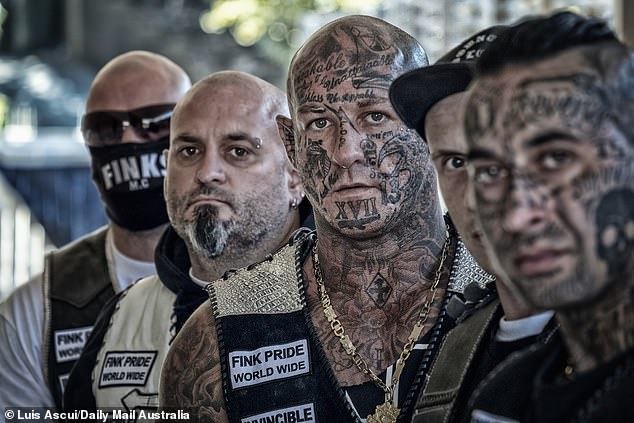 The Finks Motorcycle Club was recently resurrected, with Reker (pictured centre) at the helm