A police force has been ridiculed for releasing CCTV images of suspects wanted for a racist attack on a 15-year-old boy with their faces blurred out to protect their identities.

Derbyshire Police are hunting two males and two females after a teenager was chased by the gang in Chapel-en-le-Frith, Derbyshire, and thrown to the ground before being kicked and punched.

Police issued CCTV images of the suspects following the attack on June 29 but deliberately blurred their faces with white blobs. 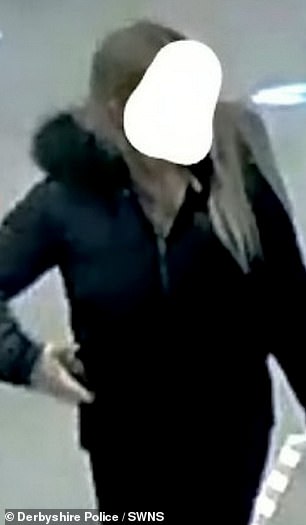 Two of the suspects, pictured, captured on CCTV with their faces deliberately blurred by Derbyshire Police with white blobs following the attack on June 29

The alert, posted on Facebook, was mocked by users who suggested that the appeal ‘looks like any other day in JD Sports’.

One social media user said: ‘How ridiculous… does anyone recognise them…how can we if we cant see them!!

‘Aren’t we meant to look after the victim not the criminals!’

Another wrote: ‘Grow a pair Derbyshire Constabulary if you’re going to use FB use it properly otherwise this looks like any other day in JD Sports.’

‘Pampering to the pansy society that protects criminals more than victims.’ 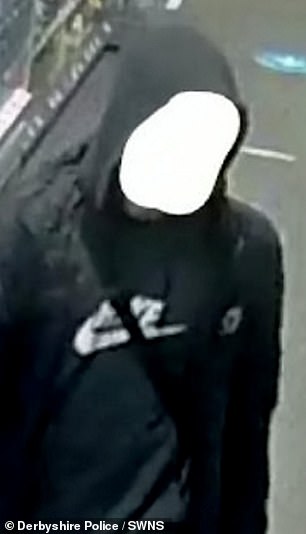 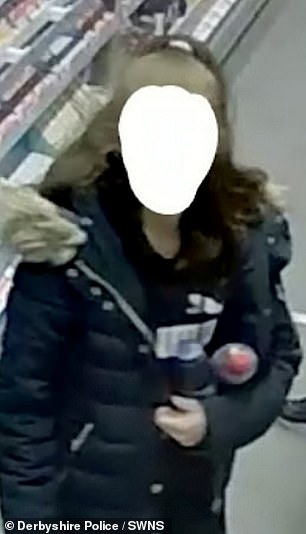 Two of the suspects in the blurred images. Police are hunting two males and two females after a teenager was chased and attacked by the gang in Chapel-en-le-Frith, Derbyshire 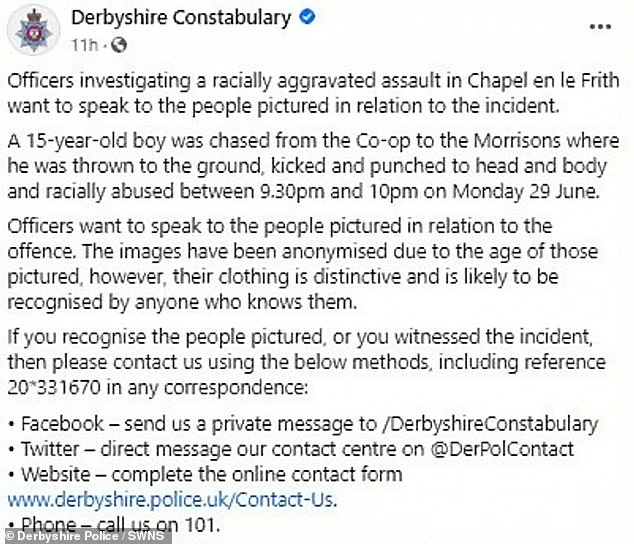 The social media post released by Derbyshire Police, who have since claimed the images had to be ‘anonymised due to their age’

The force defended the decision to blur the faces of the suspects, claiming the images had to be ‘anonymised due to their age’.

A police spokesperson said: ‘A 15-year-old boy was chased from the Co-op to the Morrisons where he was thrown to the ground, kicked and punched to head and body and racially abused between 9.30pm and 10pm on Monday 29 June.

‘Officers want to speak to the people pictured in relation to the offence.

‘The images have been anonymised due to the age of those pictured, however, their clothing is distinctive and is likely to be recognised by anyone who knows them.

‘If you recognise the people pictured, or you witnessed the incident, then please contact Derbyshire Police.’