‘Acid attacker’ on the prowl: Home Bargains suspect ‘lost his nerve and abandoned attack on mother and her son just days before boy’s three-year-old brother was sprayed in face in plot by his father’

One of a group of men accused of throwing acid over a young boy planned to carry out the attack days earlier, but gave up because there was too many people around, a court has heard.

Norbert Pulko and Adam Cech are among six men, including the boy’s father, and a woman on trial for spraying the toddler with sulphuric acid in Home Bargains store in Worcester last summer.

CCTV allegedly shows Pulko, 22, following the victim and his mother on an ‘aborted attempt’ on July 13 – days before the Home Bargains attack.

Cech, 27 allegedly carried out the attack on July 21. It was organised by the boy’s father as part of a bitter custody battle with his ex-wife, the court has heard.

The boy was taken to Worcestershire Royal Hospital after suffering burns to his forearm and forehead, before being transferred to Birmingham Children’s Hospital.

CCTV image shows what the prosecution say is an ‘aborted acid attack’ at a Worcester school, days before an acid attack on a three-year-old child at a Home Bargains store in the city. The victim and his mother are blurred for legal reasons 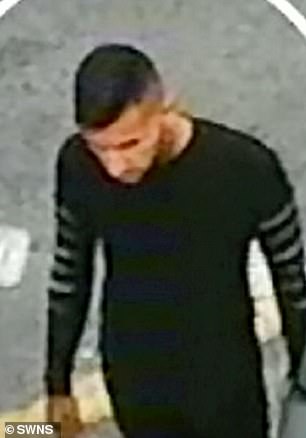 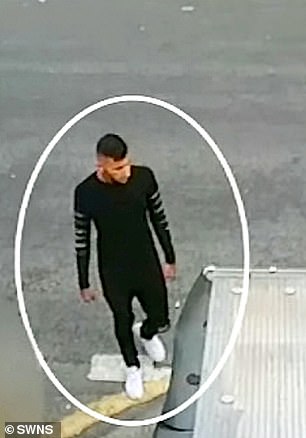 Prosecutors say Pulko was following the mother and son with a view to carrying out an attack. He gave up because there were too many potential witnesses around, the court heard

The jury at the trial was shown CCTV showing Pulko following the mother on his alleged aborted attempt.

Pulko, who is dressed all in black, is seen walking next to the mother as she holds her son’s hand after collecting him from school.

Prosecutor Jonathan Rees QC said: ‘CCTV footage shows that at about 3.19pm, the mother and her children walked from the direction of the school towards where the family car was parked.

‘Although it seems she was unaware of his presence, the CCTV camera captured Pulko as he followed her and the children towards the car park.

‘He was carrying an object in his left hand.

‘As they approached the entrance to the car park, Pulko was almost within touching distance of the boy, who was holding his mother’s hand.’ 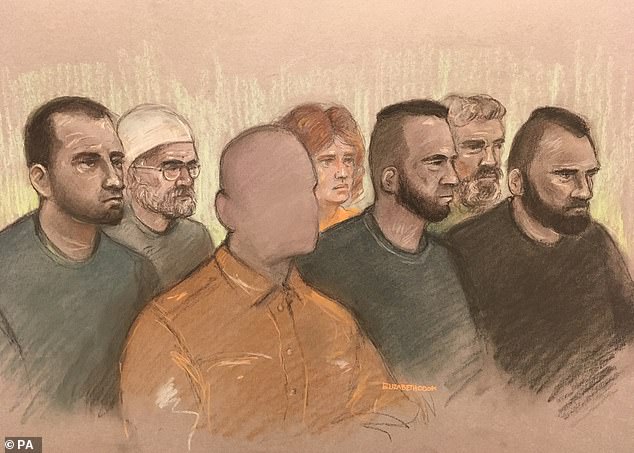 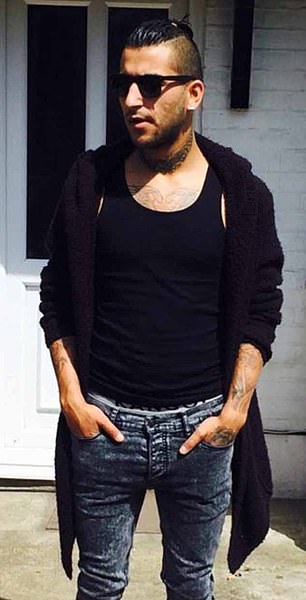 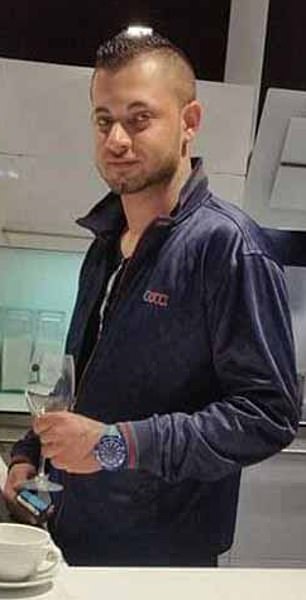 Pulko (left) is said to have carried out the aborted attempt. Cech (right) is accused of carrying out attack on the boy

The prosecutor added: ‘There was a female standing nearby and another family group walking right behind him.

‘As the mother and her children walk into the car park, Pulko stopped following them and walked away, crossing the road.

‘In the light of what was to happen to the boy in Home Bargains, and Pulko’s use of plastic gloves on that day, the prosecution suggests that the plan was for Pulko to squirt acid on him but he pulled out at the last minute because there were too many people around.’

The Afghan father, from Wolverhampton, is on trial with alongside five men and a woman at Worcester Crown Court charged with conspiring to unlawfully or maliciously cast or throw sulphuric acid with intent to burn, maim, disfigure, or disable or cause grievous bodily harm.