These shocking CCTV images show the moment prison officers laugh as they drag a naked inmate down a prison corridor before he was taken to hospital with fatal injuries.

Allan Marshall was dragged feet first across a corridor from a shower block before being restrained by five guards, at HMP Edinburgh.

A towel placed in on his face, while his body shows obvious signs of distress on the corridor of the Segregation and Reintegration Unit.

And a member of the 13-strong team, who surround his body, places a knee in Mr Marshall’s back, shortly after he is taken from the shower block.

Allan Marshall was dragged feet first across a corridor from a shower block before being restrained by five guards, at HMP Edinburgh 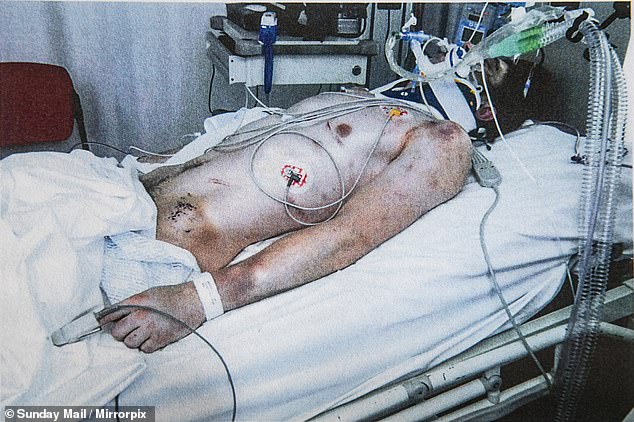 Mr Marshall was taken to hospital and put into an induced coma, but sadly died four days later 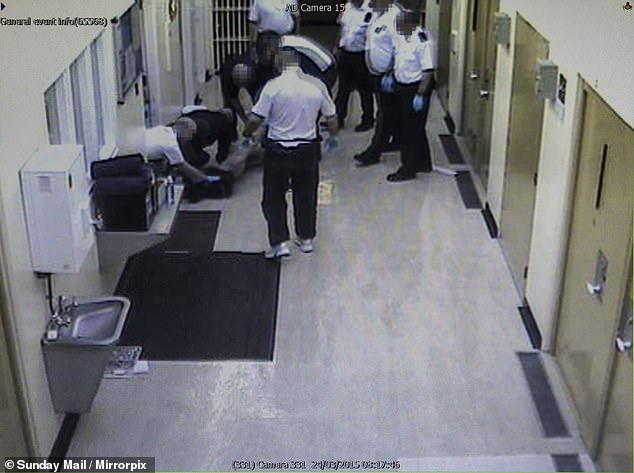 Mr Marshall restrained on the floor and soon afterwards is taken to hospital, but sadly dies, just days later 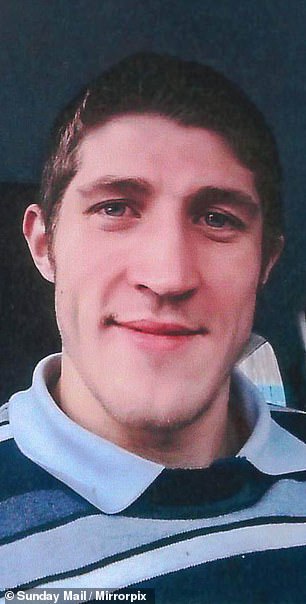 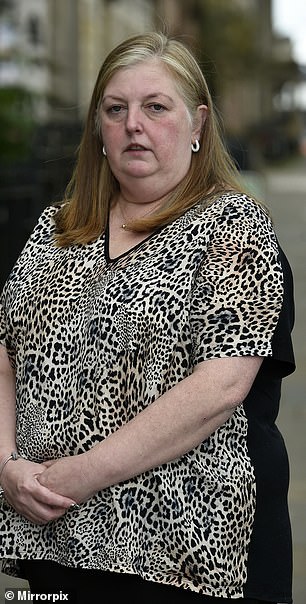 Father-of-two Allan Marshall (left) died in hospital. His aunt Sharon MacFadyen (right) said the family were ‘horrified’ when they saw the CCTV footage

The disturbing footage also shows prison officers smiling as the limp body of Mr Marshall is taken away by paramedics, with one even appearing to give a thumbs-up.

The 30-year-old was put into an induced coma at the Edinburgh Royal Infirmary, but died four days later, and now his family has condemned his treatment, saying it was a ‘form of torture.’

The family first saw the CCTV in the offices of lawyer Jelina Rahman, and have decided to publish it after the Crown’s decision to grant all the prison officers involved immunity from prosecution if they gave evidence at the Fatal Accident Inquiry. 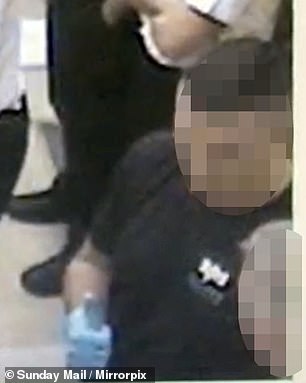 Mr Marshall’s aunt Sharon MacFadyen, 46, of Rutherglen, near Glasgow, told The Daily Record: ‘We were horrified when we saw the three prison officers at the end bouncing up and down and cuddling each other. We couldn’t believe what was happening.

‘Every time I watch it, I’m still appalled by what I see. I watched the incident again last week involving the three officers and had to walk out of the room.’

During the inquiry some prisoners said they heard Mr Marshall shouting ‘get off me’ and ‘I can’t breath.’

Mr Marshall’s older brother Alistair, 36, of Bellshill, Lanarkshire, said: ‘You can see one of them putting his foot on Allan, which is against all the rules.

‘Just after 9am, you can see the guards jumping about laughing and joking as if it’s a job well done.

‘There has been a massive cover-up. There is enough evidence in the CCTV for prosecution for an assault at least.’ 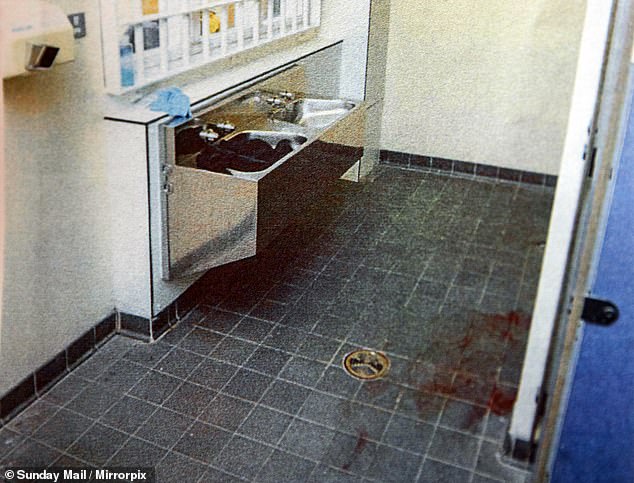 Multiple blood stains can be seen on the floor of the shower cubicle. The incident here was not captured on film

The father-of-two had been in prison for a month, following an incident outside a club involving a bouncer.

This incident is not shown, as it is not covered by cameras, but heavy blood stains can be seen on the floor.

The Scottish Prison Service said: ‘We don’t have any further comment to offer.’