The Centers for Disease Control and Prevention (CDC) is investigating ice cream as the potential source of a 23 case listeria outbreak that has so far resulted in one death.

Big Olaf Creamery ice cream, based in Sarasota, Florida in the Tampa area, is believed to be at the center of the outbreak that has spanned ten states.

The CDC first revealed the outbreak last week, with all patients either living in Florida or having some recent travel history into the Sunshine state. The one death was an Illinois resident.

Nearly all, 22, of the infected people have been hospitalized. One pregnant mother lost her unborn child as a result of her infection.

Listeria is a bacterial infection often associated with dairy products – like ice cream – and deli meats. It can be highly dangerous to pregnant women, newborns and the elderly.

The company has claimed on Facebook that it is being ‘targeted’, and has distanced itself from the outbreak in a statement.

Big Olaf Creamery, in Sarasota, Florida, is being investigated as the potential cause of a 23 case Listeria outbreak among people who either live in or have traveled to the Sunshine state (file photo) 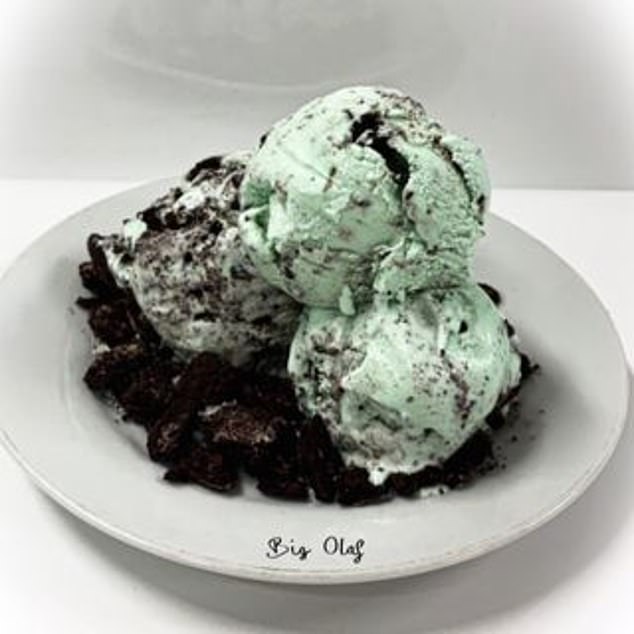 The CDC is warning people not to eat the ice cream if they have it at home, and to make sure to clean any dishes or utensils they have that have come into contact with it (file photo)

The CDC reports that the company is voluntarily contacting retail locations that carry their product to pull them off of shelves amid the investigation.

The agency is also recommending Americans to avoid eating the products if they already have it at home, and to thoroughly clean and disinfect any dishes or utensils that may have come into contact with it.

Big Olaf Creamery is a regional brand that only operates in the state of Florida. The company’s website says that it has operated for 25 years.

It defended itself on its Facebook page, saying: ‘for now it is only speculation as it is an ongoing investigation, our brand has not been confirmed to be linked to these cases, I am not sure why only Big Olaf is being mentioned and targeted. 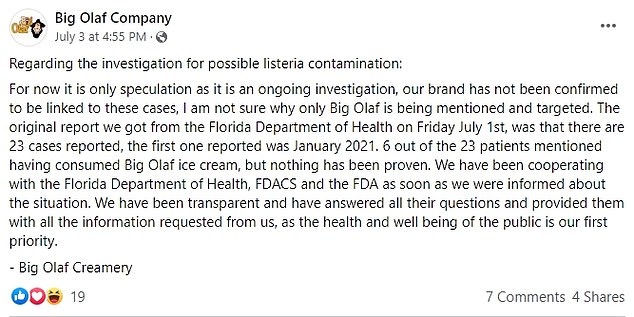 ‘The original report we got from the Florida Department of Health on Friday July 1st, was that there are 23 cases reported, the first one reported was January 2021. 6 out of the 23 patients mentioned having consumed Big Olaf ice cream, but nothing has been proven.

Most people that catch listeriosis, caused by bacteria called listeria, will only experience mild symptoms, such as vomiting and diarrhoea.

Other symptoms of the infection can include a high temperature of 38C or above, aches and pains, and chills, according to the NHS. 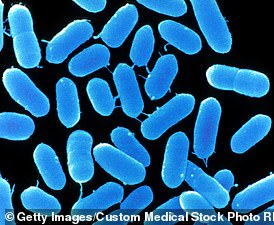 However, more serious complications can develop in those with weakened immune systems, babies, the elderly and pregnant women.

Many foods can harbour listeria, but it is usually found in unpasteurised milk, soft cheeses and ready-to-eat foods, such as prepacked sandwiches.

Listeria is widespread in the environment and can be found in raw food and soil, and in the droppings of many mammals, birds, and fish.

Around 180 cases of listeriosis are confirmed every year in England, according to figures. It strikes around 850 annually in the US.

HOW CAN YOU AVOID LISTERIOSIS?

‘We have been cooperating with the Florida Department of Health, FDACS and the FDA as soon as we were informed about the situation. We have been transparent and have answered all their questions and provided them with all the information requested from us, as the health and well being of the public is our first priority.’

Some commenters took issue with the company’s statement trying to distance itself from the current outbreak.

‘Your lack of interest in your customer’s well being is obvious. Sad reflection of American greed,’ one person wrote.

‘Obviously the health of your customers is NOT your priority! What is wrong with you? You stay open and only close one store in Siesta but don’t recall and close your other stores? Listeria is serious. Blue Bell closed its plants for 10 outbreaks and still paid a criminal penalty of $17 million and the President was charged with wire fraud and criminal conspiracy. But you just keep selling ice cream to the public,’ said another.

The CDC first reported the outbreak last week, mentioning that a food product was believed to be at the center of the infections.

The disease is normally picked up from eating food that has been contaminated — such as raw vegetables, meat and unpasteurized milk — with the microbes.

But in rare cases it can also be picked up from close contact with farm animals.

Patients who have Listeria in their intestines can suffer diarrhea and vomiting, with symptoms beginning within 24 hours of catching it.

But in cases where the bacteria spreads to the rest of the body it can trigger fever, muscle aches, fatigue and headaches.

Up to a third of infected people die from the disease, the CDC says, with older people and those with a weakened immune system at higher risk.

About 1,600 Americans are diagnosed with the disease every year, and of this number 260 die from the illness.

Revealing the outbreak, the CDC said it was advising people at high risk and who have symptoms of a Listeria infection to contact their healthcare provider.

It said this particularly applied to anyone who had ‘recently traveled to Florida.’

The agency didn’t say when the cases were detected, or name the 10 states the patients are based in.

Officials also didn’t say where in Florida the patients had traveled.