Robynne Fraley (pictured) was beaten to within an inch of her life by her husband of 30 years. He has pleaded guilty to serious assault charges, claiming he did not intend to harm her

A man accused of beating his wife to within an inch of her life with a hammer and knife calmly called police to tell them ‘I suppose I’ll be going to jail’.

Robert Hilton Fraley phoned police as his wife of 30 years Robynne lay bleeding out with severe head injuries in the garage of their Cecil Hills home, west of Sydney.

The 56-year-old appeared in a NSW District Court on Tuesday before a jury, charged with causing grievous bodily harm with intent to murder his estranged wife.

The jury were played a series of chilling phone calls made to police by Mr Fraley in the aftermath of the attack, the Sydney Morning Herald reports.

‘I’m worried I’ve killed her,’ he told an officer at Green Valley Police Station over the phone.

‘I suppose I’ll be going to jail.’

Mr Fraley then asked the officer whether they would be sending police to his house, explaining he would leave the garage door unlocked and was going for a drive.

He called a second time five minutes later to ask police: ‘Did you send someone out?’ 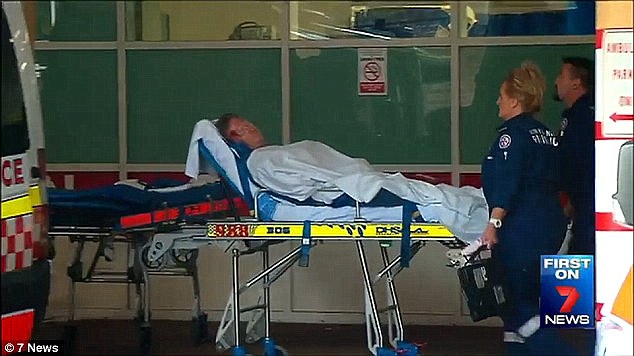 Six minutes later he had a final conversation with police, admitting to going ‘ballistic’.

‘ I went ballistic, I never thought I had it in me,’ he said.

‘We’re having marriage problems. Is she dead? The kids will never forgive me.’

Mrs Fraley was taken to hospital with stab wounds to her neck and chest, along with serious injuries to her head where she had been struck.

The court heard she survived the attack, despite being taken to hospital in a critical condition in April, 2016.

Mr Fraley has pleaded not guilty to two charges relating to the attack.

His defence barrister told the court his client admitted to the attack, but never intended to harm her. 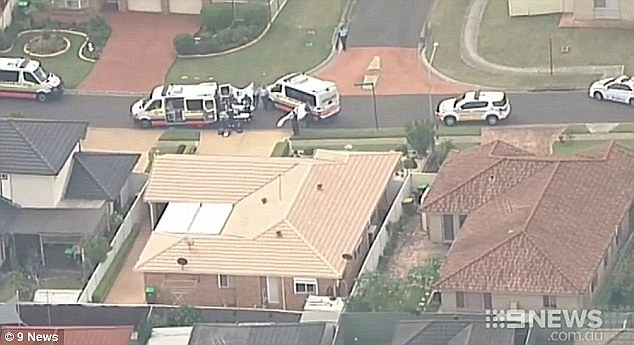 Mrs Fraley was found bleeding in the garage of their Cecil Hills home (pictured). She was taken to hospital in a critical condition but survived the beating