The grieving friend of murdered woman Cecilia Haddad has issued a plea to her ex-boyfriend: ‘Please speak to police and help us understand what happened to her’.

A day after Marcelo Santoro’s family claimed he would return to Australia ‘to clear his name’, one of Ms Haddad’s closest friends Ebony has begged him to follow through.

Mr Santoro, 40, reportedly flew to Rio de Janeiro in the hours between Ms Haddad, 38, going missing and her body washing up – with weights in her pant pockets – on the banks of a Sydney river on April 29.

The pair had previously been in a relationship, but had separated in the weeks before her death.

There is no suggestion Mr Santoro was involved in Ms Haddad’s death and police only want to speak to him to gain an insight into her life prior to the alleged murder.

His family this week told media Mr Santoro would return to Sydney at some stage to answer questions from detectives.

But speaking to Daily Mail Australia exactly a month on from her death, Ms Haddad’s friend told of her desperation for police to arrest the person responsible – and how she hopes Mr Santoro will follow through and speak to detectives. 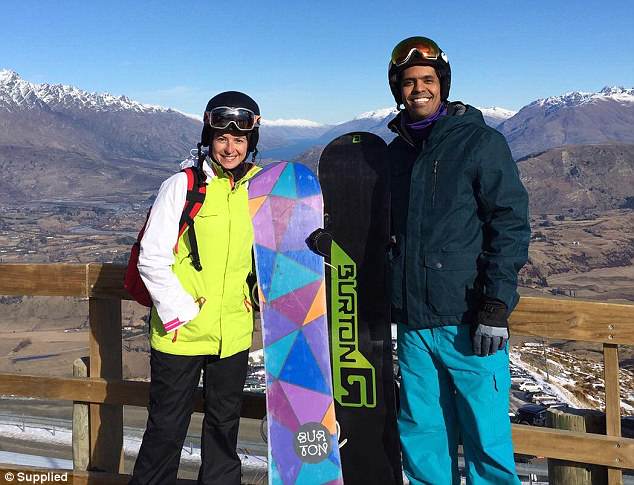 Mr Santoro (right), who has been named as a person of interest but not a suspect in the murder investigation into Ms Haddad (left), flew home to Rio de Janeiro just hours after she is believed to have died. He claims he will return to Australia to answer questions from police

‘I know he has stated that he (Mr Santoro) was making himself available to police, but to my knowledge that hasn’t happened,’ Ebony said.

‘We do hope he will come to talk to police and help us understand what happened… because obviously he plays a big part in explaining some of her last movements.

‘As someone who has known her for over 20 years… you would hope he would invest his time and effort into helping police with their investigation.

‘(But) from our experiences with Marcelo, it is not unlike him to say one thing and do another.’

Ms Haddad and Mr Santoro had first met in 1995, studying together at a university in Brazil.

Almost two decades later she moved to Australia with her husband Felipe Torres and took up a role with mining giant BHP. She lived in Western Australia for close to a decade before moving to Sydney in 2016.

On Sunday, friends, family and homicide detectives gathered on the banks of the Lane Cove River in Woolwich on Sunday, for a final memorial to Ms Haddad.

At the exact spot where her body was found they told stories and threw flower petals into the water. They also hope to one day have a plaque remembering her ‘legendary smile and love’.

But just hours later her ex-boyfriend’s aunt went on the attack, accusing Ms Haddad of being involved romantically with other men and never actually dating her nephew.

Speaking to The Australian through an interpreter, Jaisa Ferreira dos Santos claimed Ms Haddad ‘was like family’ to him and that he had helped her amid mounting debts. 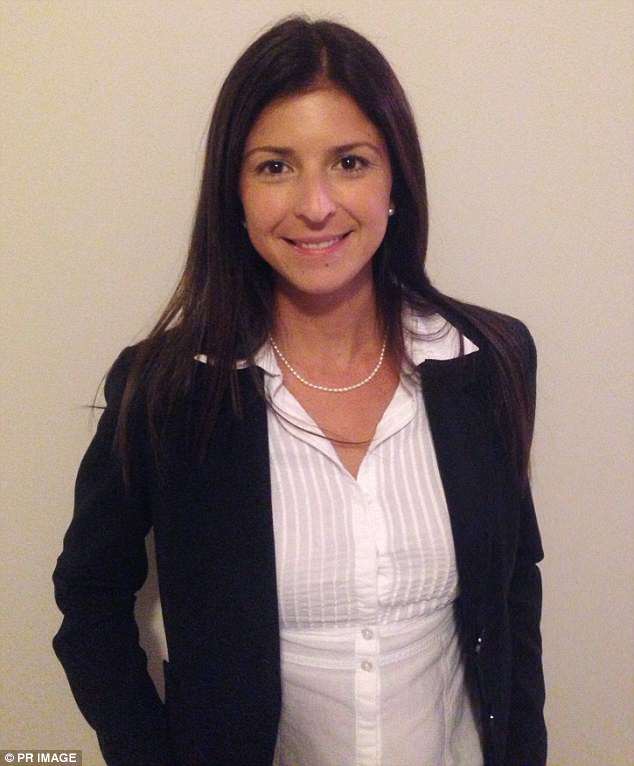 Ms Haddad’s fully clothed body was found washed up on the banks of the Lane Cove River at Woolwich, in Sydney, on April 29. Weights were found in the pockets of her pants 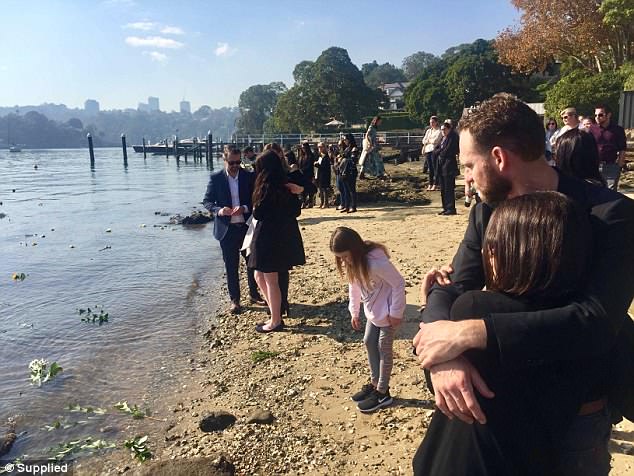 On Sunday, Ms Haddad’s friends gathered at the exact spot where her body was found for a memorial service 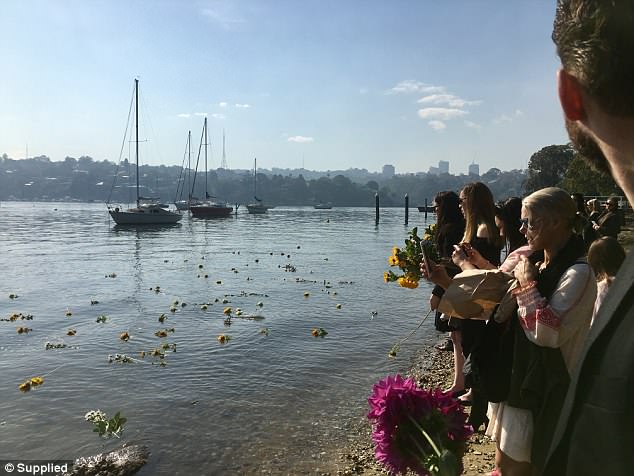 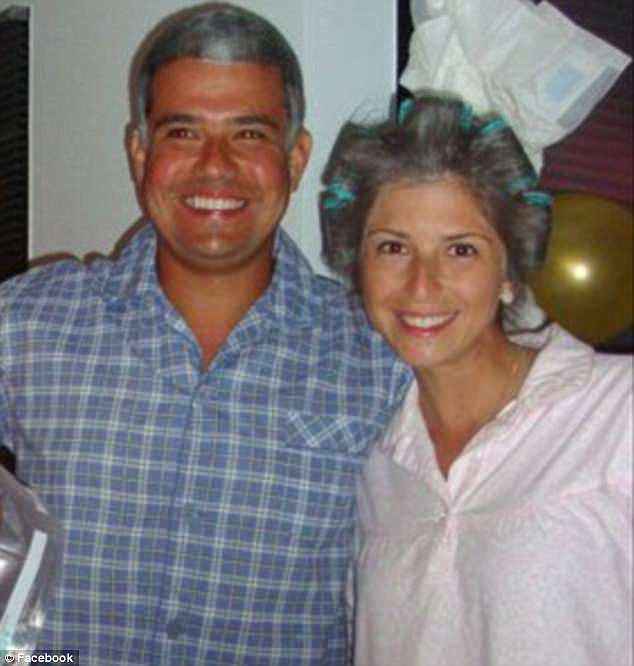 Just hours after the service Mr Santoro’s aunt went on the attack, accusing Ms Haddad (right, with her ex-husband Felipe) of being involved romantically with other men and never actually dating her nephew.

‘(She was having) affectionate involvement with other men and it was common for her to disappear from home at times and spend days away without warning Mr Santoro,’ Ms Fereira dos Santos said.

Mr Santoro’s relative also said he had been forced to fly home to Brazil with little warning to visit his sick father, who they claim died last week.

Ms Fereira dos Santos also claimed Ms Haddad had debts of close to $1 million when she died, but Daily Mail Australia understands this was due largely to the purchasing of a new apartment in Sydney’s inner-west.

The claims by the family of Ms Haddad’s ex-boyfriend has angered Ebony and their other friends, who say it is a simple attempt to slander her name.

‘Every week from Monday to Thursday she would go to Newcastle to work… which is probably what Marcelo’s aunt was referring to,’ Ebony said.

‘The situation has been very hurtful for the people that care for her, it’s disappointing but what can you say? Of course they’re going to say those things, they’re his family.’ 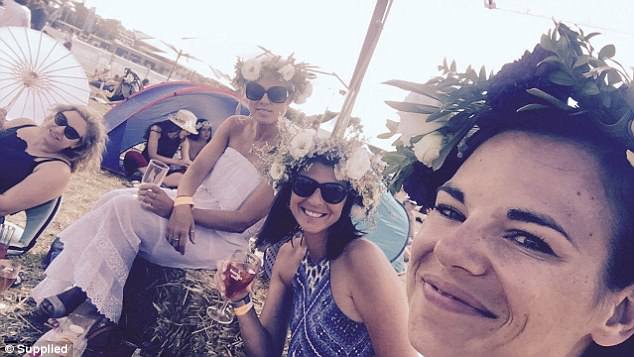 ‘The situation has been very hurtful’: Ebony (right) said the claims from Mr Santoro’s aunt about Ms Haddad (centre) were taking a toll on her friends and family 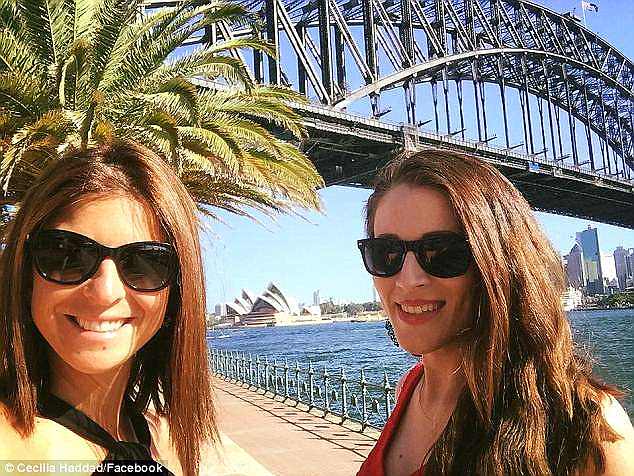 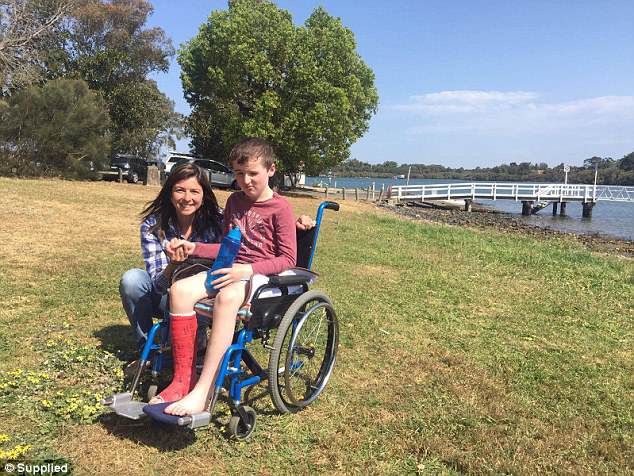 In addition to her work as a mining executive, Ms Haddad (pictured) also worked with disabled clients

Ebony, who met Ms Haddad when working at freight giant Pacific National, said it was still a shock to think of just how her much-loved friend had died.

And while a month has now past since her death, she admitted it will be hard for all Ms Haddad’s loved ones to get on with their lives while her killer continues to walk free.

‘It’s probably going to be hard for us to move on until we know what happened and until an arrest is made,’ Ebony said.

‘It’s not like she died accidentally or anything, she was murdered. It was up close and personal, someone watched her die.

‘It’s going to haunt us, knowing that her last moments were spent like that and that she was discarded into a river like a piece of rubbish.

‘I know I have trouble sleeping at night, I know other people do as well.’ 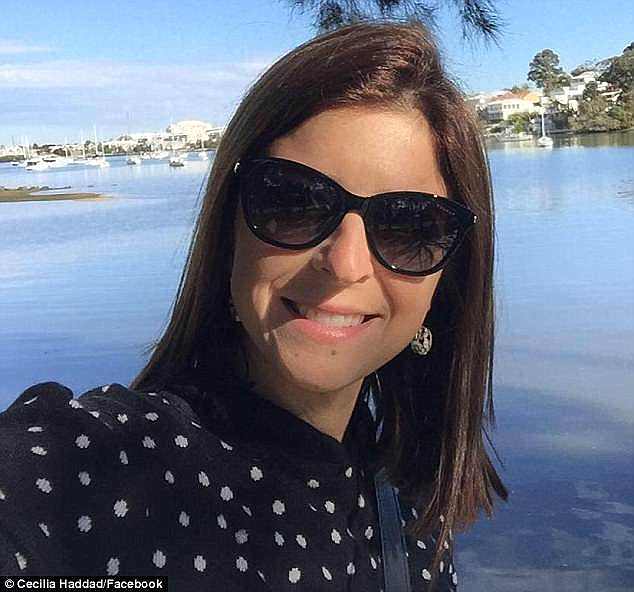 ‘It’s going to haunt us’: Ms Heane said she hopes police can find the person who murdered Ms Haddad (pictured) to give them some closure