Teenagers who binge-drink are often influenced by celebrities who endorse alcohol, a study warned.

The most common sources of marketing awareness were TV adverts, celebrity endorsements and special offers, according to their findings.

David Beckham has a string of endorsement deals, including his own whisky with Haig Club

Among high profile figures to promote alcohol are actor Daniel Craig who starred in a Heineken advert, George Clooney who once owned his own tequila brand and David Beckham who has promoted whisky.

The study involving more than 3,300 British youngsters aged 11 to 19 was published in the online journal BMJ Open.

They found ‘medium’ to ‘high’ awareness of alcohol marketing among teens is linked to increased drinking and a greater probability of ‘higher risk’ drinking.

And ownership of branded alcohol merchandise is linked to future intentions to try alcohol among those who have never touched a drop before. 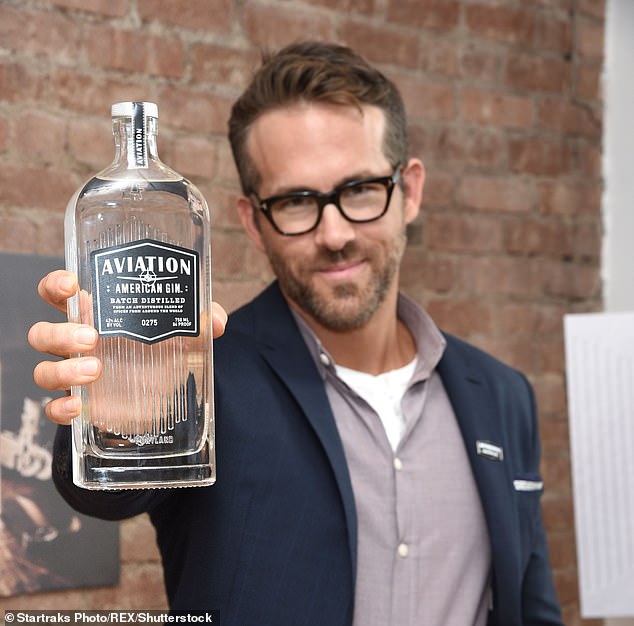 ARE BRITISH GIRLS THE HEAVIEST BINGE-DRINKERS IN EUROPE?

Teenage girls in the UK are some of the worst binge-drinkers in Europe, research showed in September.

England, Wales and Scotland were placed in three of the top six places in a drinking league table of 36 European nations for adolescent girls.

The figures came despite rates of binge-drinking rates having declined among British youngsters dipping in recent years. Girls were also more likely to drink heavily than boys.

University of St Andrews scientists compared the alcohol intake of 15-year-old girls and boys between 2002 and 2014.

They found in most European nations, including Britain, the number of teenagers who had been drunk on at least two occasions had fallen.

But teenage girls in the UK remained some of the heaviest drinkers across the continent, according to the data featured in the World Health Organization report.

More than half of English teenage girls (54.7 per cent) had got drunk at least twice when figures were first recorded in 2002.

However, this dropped to 30.9 per cent in 2014, meaning England has only dropped one place from when it ranked fifth more than a decade ago.

Researchers said ‘360 degree’ marketing strategies have created several ways in which young people can be exposed to alcohol marketing.

This can be through traditional media such as TV and billboard advertising, but also social media and internet feeds.

The study examined whether there is a link between alcohol marketing and drinking patterns among a sample of British young people aged 11 to 19.

The most common sources of marketing awareness were TV adverts, celebrity endorsements and special offers.

A third said they had noticed marketing through these channels at least weekly.

Dr Nathan Critchlow, of the Institute for Social Marketing at the University of Stirling in Scotland, said: ‘The results highlight that ‘360-degree’ marketing strategies have created several avenues for young people to be exposed to, or involved with, alcohol marketing, and that is associated with consumption and higher-risk drinking in current drinkers and susceptibility in never drinkers.

‘Further scrutiny and examination of the UK’s self-regulatory approach and viable alternatives are needed to identify feasible, appropriate and effective means of reducing marketing exposure in young people.’

The researchers asked volunteers aged 11 to 19 how many times they remembered recently seeing various forms of alcohol marketing.

On average, the teenagers had seen famous people with alcohol in films, music videos, on TV or pictured in magazines six times in the last month. 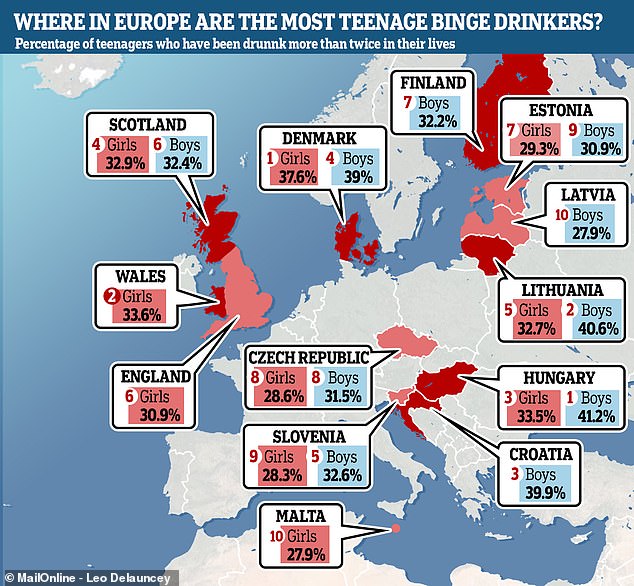