Celebrities ‘mislead women over 40 about pregnancy’

Celebrities are misleading women that getting pregnant over 40 is easy by not revealing they have used IVF or had fertility problems, researchers say.

Interviews and reports of older stars giving birth create the impression that ‘age is just a number’.

Experts warned yesterday that a failure to be open about fertility was leading to ‘devastating consequences’.

They said women are being misled into thinking pregnancy is more straightforward past the age of 35 than it is, in reports that ‘glamorise’ being an older mother – without mentioning the difficulties or the risks, such as stillbirth, miscarriage and abnormalities. 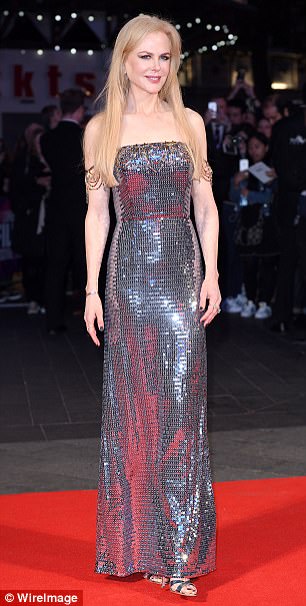 Some women have been forthright about their struggles with having children. They include actress Nicole Kidman, pictured right, who was 43 when her second daughter was born via a surrogate ; and singer Mariah Carey, pictured left, who was 41 when she had IVF twins 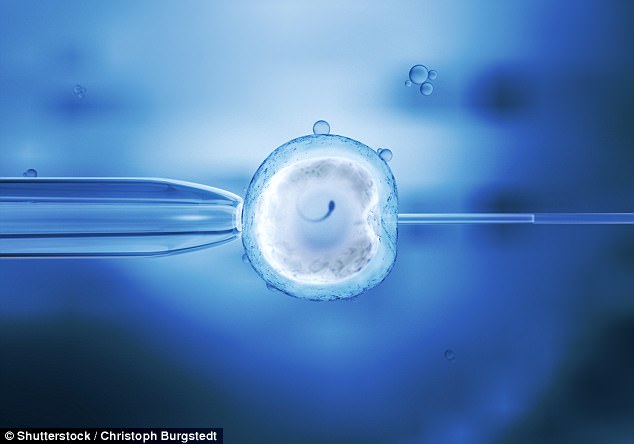 Having a baby at ‘advanced maternal age’ gets much harder as fertility levels plummet in a woman’s mid-to-late 30s and early 40s – but this is not always made clear, the US researchers said.

Reports of women having twins late into their 40s or even 50s, without any mention of the use of IVF, also create a false impression.

The authors suggested that the stigma attached to infertility may be the reason why it is not mentioned.

But they said ‘reproductive-aged women frequently overestimate the likelihood of fertility at advanced reproductive ages resulting in the devastating consequence of unintended childlessness’.

The scientists’ report, to be presented this week to the American Society for Reproductive Medicine (ASRM) in San Antonio, Texas, does not list older stars who have given birth without their fertility problems being reported.

However, a handful have been forthright about their struggles with having children.

They include actress Nicole Kidman, who was 43 when her second daughter was born via a surrogate mother; the model Caprice, who also used a surrogate in her early 40s; and singer Mariah Carey, who was 41 when she had twins through IVF. 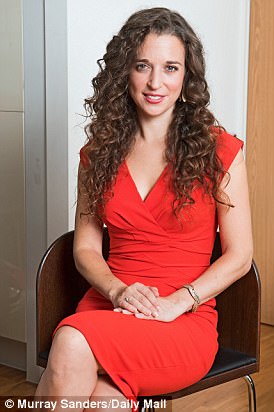 TV scientist Dr Emily Grossman (pictured) said she decided to freeze her eggs after seeing friends in their 40s struggle to conceive.

The 38-year-old, who has a double first from Cambridge and a PhD in cancer research, spent her 20s ‘having fun’ and pursuing an acting career.

Currently single, she hopes to delay motherhood with the freezing process, which will cost just under £10,000. ‘By the time I was in my late 20s, most of my friends were getting married,’ she said.

She added: ‘I’ve seen how devastating it is for friends who meet the love of their life in their 40s, then struggle to start a family. I don’t want to be in that position.’

They studied publications ‘popular with women of reproductive age’ – US Weekly, Cosmopolitan and People Magazine – between January 2010 and January 2014.

The scientists logged references in text or photo to pregnancy, infertility, assisted reproductive technology (ART), surrogacy or adoption. They also counted pictures of mothers with children under two at the time of publication, and mentions of pregnancy-related health risks.

Having children featured as a topic on one in three magazine covers, with 1,894 mentions related to fertility, pregnancy, or motherhood.

Just over half of female celebrities featured were of ‘advanced maternal age’ – 35 and above – and one in three celebrities that were mentioned as having children were over 40.

Of the 240 women, ten were reported to have used surrogate mothers or having adopted children. None of these women were mentioned as having infertility issues, the researchers said.

Only two women were reported as using fertility treatment. Not one celebrity report mentioned they used donor sperm or eggs.

The authors write: ‘Widely consumed popular media downplays the impact of age on fertility and glamorises pregnancy at advanced ages … with rare or no mention of ART, donor [eggs or sperm], or related health risks.’

They added: ‘This depiction perpetuates the general notion that fertility is flexible, and is highly damaging to young women.’

Professor Tim Child, of Oxford Fertility Unit, said: ‘The problem is all these Hollywood magazines with these women in their 40s who are having twins. It’s completely unrealistic.’

Calling for greater transparency, ASRM president Dr Richard Paulson said a ‘reluctance to show the challenges that often go with trying to conceive at older ages is a form of misinformation’.

A screening technique used in IVF that costs up to £4,000 is ineffective, a study has found.

Next Generation Sequencing (NGS) was developed in 2013 to weed out embryos with genetic defects.

The test was thought to increase IVF success rates, especially in those who have recurrent miscarriages.

But a study to be presented today at the American Society for Reproductive Medicine’s conference revealed the technique was no more effective than standard treatment – looking at embryos under a microscope and deciding which looks best.

Dr Tim Child, medical director of the Oxford Fertility Unit, who was involved in the study, said: ‘I thought it was going to be a slam dunk: Of course it was going to show a benefit. It’s very surprising to me that it didn’t.’

The study looked at more than 500 women aged from 25 to 40 between 2014 and 2016. Pre-implantation genetic screening such as NGS is estimated to be used in less than 5 per cent of IVF cycles as it is so new.