Celebrities shared their joy at Bill Cosby being found guilty.

On Thursday, the TV icon was found guilty of all three counts of aggravated indecent assault – administering an intoxicant, rendering his victim unconscious and penetrating her without consent – at his retrial in Pennsylvania.

The 80-year-old was accused of drugging and molesting Andrea Constand 14 years ago – which he denies.

Reactions from Hollywood flooded social media as the first big celebrity trial of the #MeToo era came to a close. 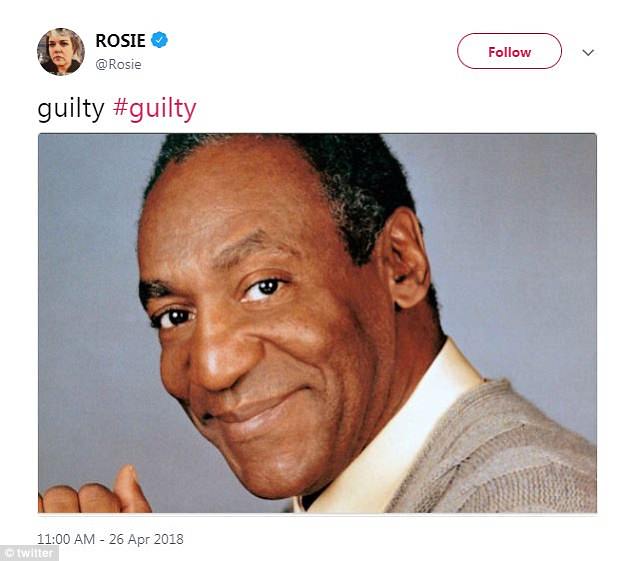 ‘Time’s up, Bill. Time’s BEEN up for you, for years. And now justice. Justice for women I know who you’ve hurt and those I’ve never met. Good riddance,’ wrote Amber Tamblyn.

Rosie O’Donnell posted a photo of Cosby with the hashtag #guilty.

Celebrity victims of sexual assault including Terry Crews and Rose McGowan also took to Twitter to share their thoughts.

‘ACCOUNTABILITY. This is the only way things will change,’ Crews wrote.

McGowan’s tweet read: ‘Cosby is guilty. I’m sorry if you loved a lie. His victims can now exhale. Thank you judge and jury. Thank you society for waking up.’

Around 60 women, many of them formerly aspiring actresses and models, came forward publicly to brand him a calculating, serial predator who plied victims with sedatives and alcohol to bed them over four decades.

But only one case had not surpassed the statute of limitations: the alleged assault of Constand, which could see Cosby now face 10 years in prison on each count. 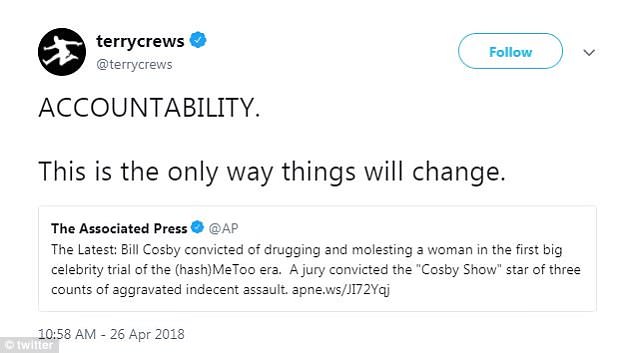 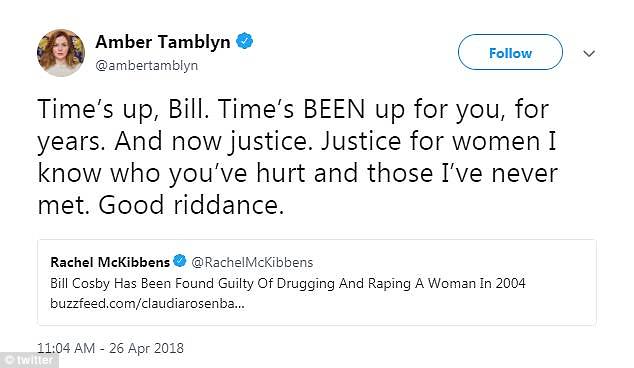 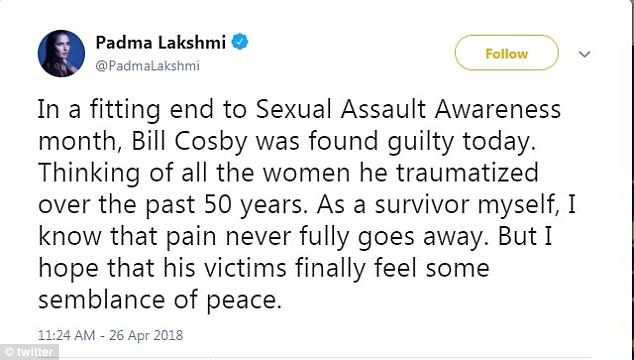 During the trial, Cosby’s lawyers attempted to paint the women as home-wreckers and liars who made up their allegations in a bid for money and fame.

Both a first and a second trial in Norristown, Pennsylvania revealed a dark underside to his signature role of benevolent father figure and affable obstetrician Cliff Huxtable on ‘The Cosby Show.’

‘Everybody knows you, Mr Cosby,’ said a police officer taking down his original deposition in the case.

‘Not really,’ came the elusive reply. 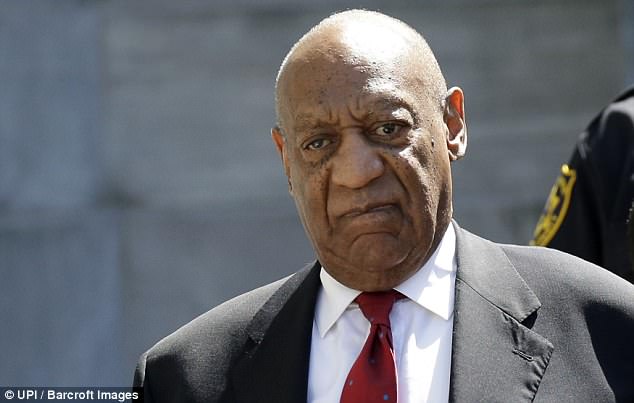 Cosby’s lawyers attempted to paint the women as home-wreckers and liars who made up their allegations in a bid for money and fame (Pictured, Cosby exits Montgomery County Courthouse on Thursday) 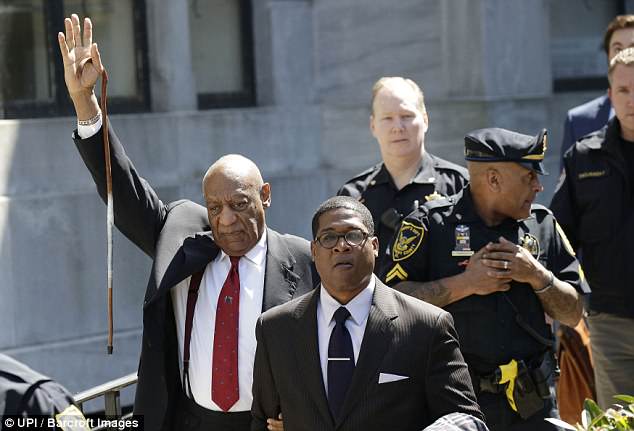 The first trial ended in a mistrial when the jury declared themselves ‘hopelessly deadlocked’ after close to 53 hours of deliberation (Pictured, Cosby and spokesperson Andrew Wyatt exit Montgomery County Courthouse on Thursday)

Cosby’s true colors showed as he lashed out in court before speeding home in a large SUV.

As District Attorney Kevin Steele demanded the comedian’s $1million bail be revoked because he is a flight risk, Cosby, who was all smiles as he walked into court ahead of the verdict, yelled out that ‘he doesn’t have a plane, you a**hole’ in outrage.

After the verdict was read, defense attorney Tom Mesereau met briefly with the press and said: ‘The fight is not over.’

Cosby refused to make a statement at a press conference following the verdict and was driven immediately home in a black SUV.

Judge Steven T O’Neill said Cosby was not to leave his home in Cheltenham, Pennsylvania, unless for a bail hearing.

The first trial ended in a mistrial when the jury declared themselves ‘hopelessly deadlocked’ after close to 53 hours of deliberation.