The private jet boss trying to save the planet! CEO says his clients including celebs such as Irina Shayk should ‘search their conscience’ and pay to offset their carbon emissions

Celebrities must do more to help the planet to make up for their carbon guzzling travel in private jets says the founder of Europe’s fastest growing jet charter company.

Clive Jackson, chief executive of Victor jet charters, has revealed that the company is now charging the rich and famous more for their private flights which are costing the planet – in order to carbon neutralise their business.

The company which flies 7,000 passengers a year for an average of £25,000 a flight – – including celebs such as Irina Shayk, Rita Ora and Victoria Beckham – has said that their private planes emit 20 times more carbon per mile per passenger than commercial flights.

Speaking about the company’s frequent flyers to The Times Mr Jackson said: ‘Let’s face it, they can afford it and it’s not a disproportionate amount. The real question is: can they afford not to?’

In order to offset the extra carbon emitted by the extravagant flights Victor say they have introduced a scheme, charging an average of £75 per passenger, matched by the company, to be used for carbon neutralising activities.

Russian model Irina Shayk is among dozens of celebs to have used the services of Victor, even posting a photo of herself aboard a flight to her Instagram. 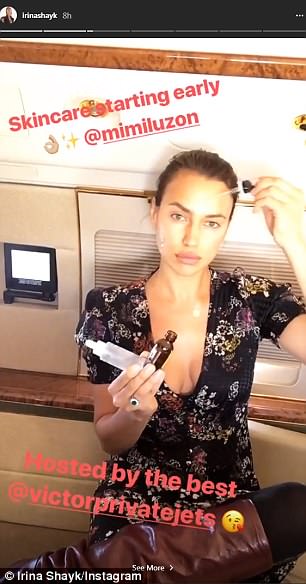 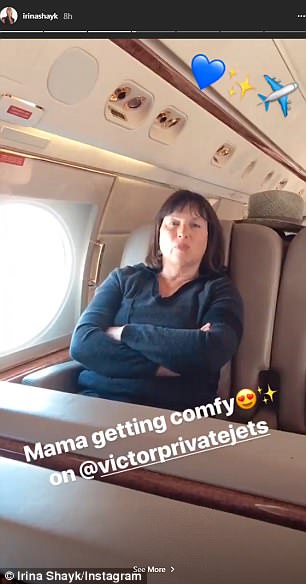 ‘Skincare starting early’: The Victoria’s Secret stunner shared Insta-stories of her skincare regimen from within the jet, as well as her own mother Olga ‘getting comfy’

Mr Jackson believes the influential and powerful people who are able to afford the company’s private flights are most likely to be able to contribute in the flight against climate change.

He told The Times:  ‘The people in our aircraft are the most influential and powerful on the planet.

‘Raising awareness with them is a far better approach than following the path of Extinction Rebellion, which is banging the drum so hard and causing so much disruption the message gets lost. 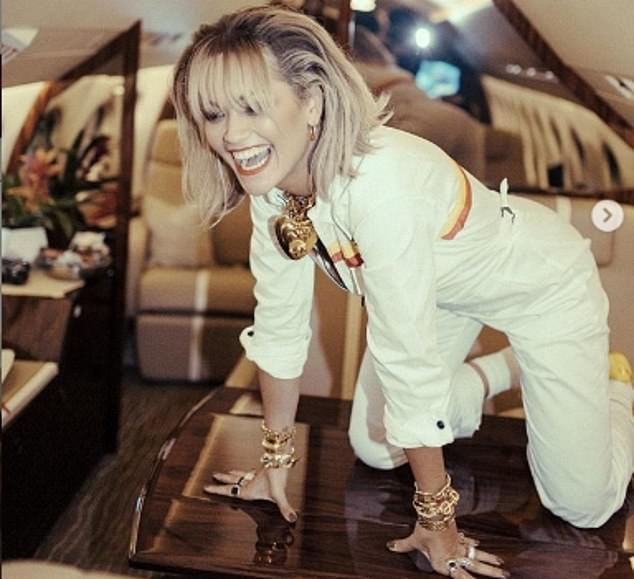 Rita Ora, 28, singer, zoomed off to Hungary in a private jet to attend her brother Don’s university graduation in London earlier this month

The company has faced criticism for talking about the issue of pollution and being one of the few to acknowledge their damaging contribution.

Mr Jackson does not believe this is a realistic option for consumers as they ‘will always want a better life for themselves’.