Kidnapped glamour model Chloe Ayling is working for a £2-a-minute adult website where she is paid for flirty webcam chats with her fans, MailOnline can reveal.

The Celebrity Big Brother star has been dumped by her agent after it was uncovered that she works for the site where models strip and engage in sex talk.

The 21-year-old, from Coulsdon, Surrey, is being promoted heavily on the website of the Studio 66tv encouraging men to ring in and talk with her.

Ayling’s appearance was also publicised on a twitter feed for the webcam company where the glamour models are billed as ‘presenters’.

Kidnapped glamour model Chloe Ayling is working for a £2-a-minute adult website where she’s paid for flirty webcam chats with her fans, MailOnline can reveal

Users who want to engage in a personal one to one chat with the women are charged £3-a-minute.

Many of the other glamour models on the site feature on other adult sites and appear topless to attract users.

Ayling has agreed to appear once a week to chat with her fans.

A spokesman for the TV station said she does not take her clothes off and the callers do not engage in any sexual talk.

A source at the TV station said she would ‘flirt’ with callers.

But after MailOnline alerted her agent Alistair Sington at Kruger Cowne about her new career he immediately severed all ties with her. 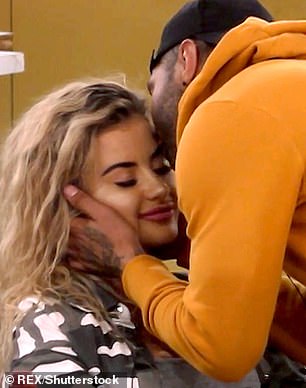 He said the agency had told Ayling today they would no longer represent her.

Sington told Mail Online:’ Thank you for alerting us to the fact that Chloe had appeared on the Studio 66 TV website.

‘Kruger Cowne started working with Chloe after she returned from her horrendous kidnapping ordeal in Milan. We helped to steer her through the subsequent months of media criticism and disbelief which finally ended when her story was found to be true by the court in Milan which sentenced her kidnapper to 16 years in prison.

‘Our agreement with Chloe has always been on the understanding that we could only represent her so long as she didn’t return to a career as a paid glamour model.

‘Chloe has decided she now feels comfortable returning to that career, and as a result we have decided that we can no longer represent her. I have spoken to her to inform her of our decision and we wish her well for her future career.’

Ayling has agreed to work for 10 hours one day a week taking calls at the West London studio of the production company who runs Studio66TV.

A spokesman said Ayling had joined station to talk to her fans and did not take part in private webcam shows.

‘Under Ofcom rules there is no talk of an adult nature during the day, said a source at the studio.

‘Chole wanted to reach out to her fanbase and they pay to talk to her.

‘She is a daytime presenter and does not appear after midnight where callers engage in talk of a much adult nature and users can pay to watch the girls.

A monthly magazine featuring glamour models called Sixty 6 and owned by the TV station has also featured Ayling. Several of the Love Island contestants have also featured in the magazine, including Megan Barton Hanson.

Ayling signed up as a presenter on the adult site after failing to secure modelling work after her appearance on Celebrity Big Brother.

During the show she appeared alongside former Premier League football star Jermaine Pennant and Hollywood actress Kirstie Allie in the summer series. 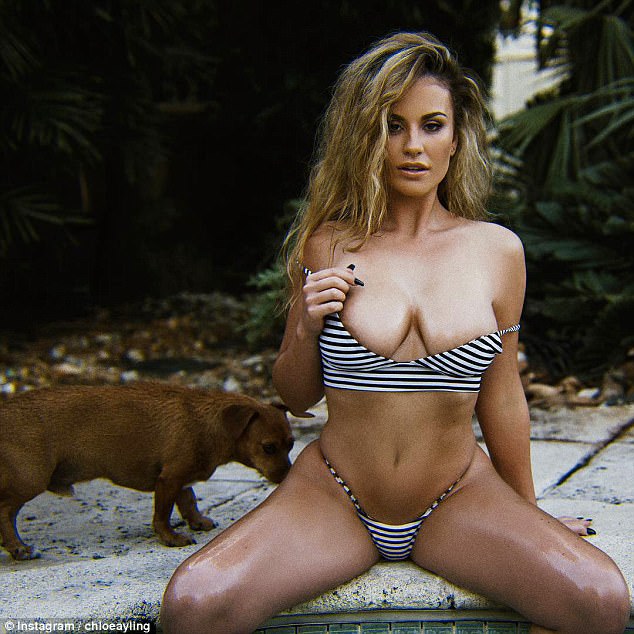 She was chosen for the series due to her high profile from being kidnapped in Milan, Italy in 2017 having been lured to the city for a photo assignment.

The blonde model was held for six days and threatened with being sold in the Middle East as a sex slave before being released unharmed.

In June her kidnapper Lukasz Herba, from Birmingham, West Midlands, was jailed for 16 years.

Herba, 30, had claimed the model had suggested she be kidnapped in an attempt to boost her career.

Ms Ayling wrote a book about her kidnap experience describing how she feared for her life while being held captive.

The book was not a best seller and a close friend said the TV appearance and book deal failed to generate as much income as she had hoped for.