‘If you don’t repeat a food, the child will never get used to it’: Celebrity chef Curtis Stone shares his simple trick for getting his kids to eat whatever he feeds them

Every parent knows the challenges of trying to get a fussy child to eat their food.

But Australian celebrity chef Curtis Stone, 43, has shared his simple trick for getting any picky eater to tuck into whatever you give them.

The restaurateur – who lives in Los Angeles with his wife Lindsay Price, 42, and their sons Emerson, aged three, and six-year-old Hudson – said he would feed his boys the same food for lunch and dinner despite knowing they don’t like it.

Australian celebrity chef Curtis Stone (pictured with his wife Lindsay Price and sons Emerson, 3, and Hudson, 6) has shared his simple trick for getting any picky eater to tuck into whatever you give them

‘I tell them, that’s what you’re getting for dinner. And I will pack it in the lunch box again the next day,’ Stone told Mamamia.

‘If you don’t repeat a food, the child will never get used to it.’

Despite his kids being wary about trying new foods, the proud father-of-two describes them as ‘adventurous eaters’.

He said Emerson loves Mexican food without the spice while Hudson enjoys sushi.

‘I think the best thing parents can do for their kids is give them variety. They need to at least try things, and consider different foods,’ Stone explained.

‘As soon as you give kids the same thing day out, they get too used to it.’

Curtis said he also doesn’t give his children any options on what they eat.

For example, he would have a piece of fruit ready for his sons to eat after school if they are hungry. 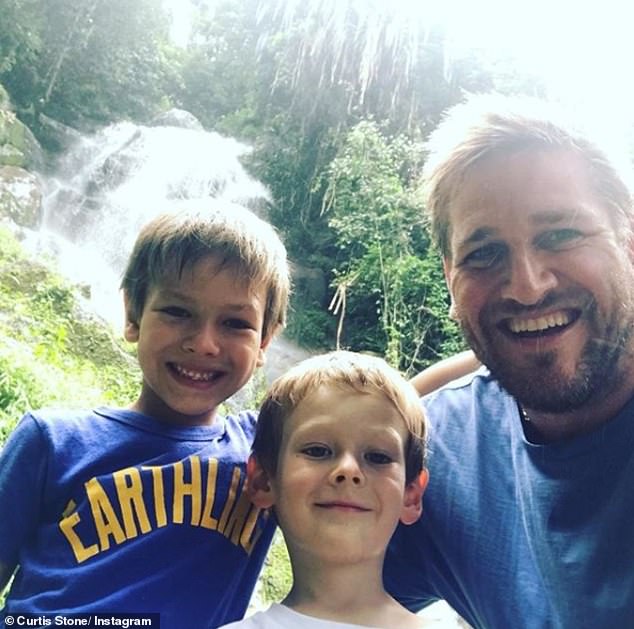 Despite his kids being wary about trying something new, the proud father-of-two describes them as ‘adventurous eaters’ 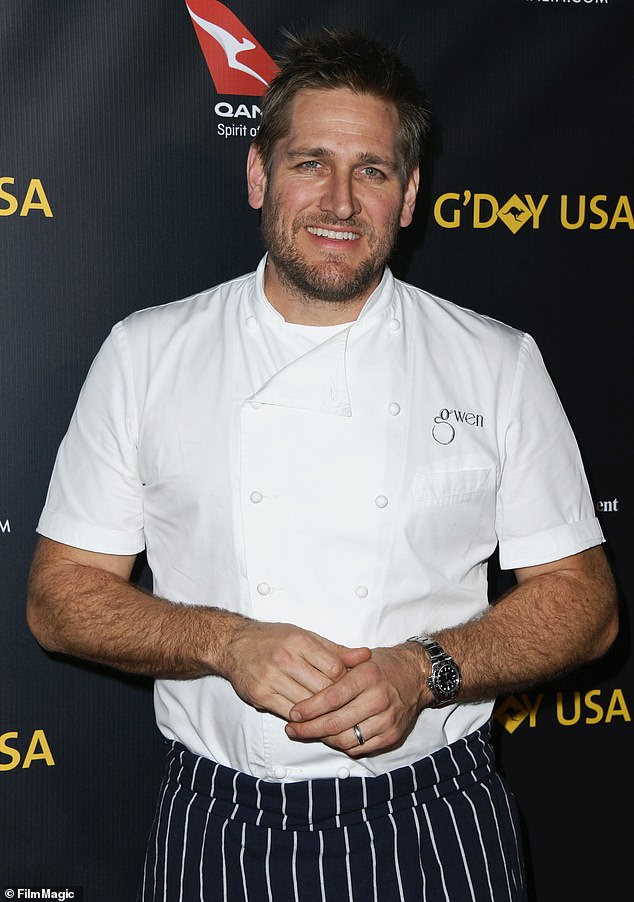 It isn’t the first time Stone has spoken out about fussy children.

In March 2016, the chef offered advice to parents whose kids refuse to eat vegetables or demand foods that aren’t nutritious.

He said that if children refuse to eat the food in front of them, parents should store it in the fridge and offer it again to them later when they are hungry.

‘Say you make a fish pie and the kids won’t eat it; I’d wrap it up, put it away and offer it again later when they’re hungry,’ Stone previously told the Herald Sun.