Celebs roast Trump’s State of the Union address on Twitter

Jim Carrey, Ashley Judd and Jessica Chastain were among a host of celebrities who took to social media to share their impression of President Trump’s first State of the Union address… and they weren’t very happy.

During the 80 minute speech at the United States Capitol in Washington, D.C., Trump covered a wide array of topics including tax reform, foreign policy, economy and jobs, infrastructure and immigration.

Some 19.8million viewers from combined networks NBC, ABC, Fox and CBS tuned for what was the third-longest State of the Union address, behind Bill Clinton’s efforts in 1995 and 2000 – and some big name stars were not afraid to share their opinions.

Tough: President Trump received backlash online during his first State of the Union address on Tuesday night at the United States Capitol in Washington, D.C

Jim Carrey brought a a rather artistic approach to the address by sharing an image of shark fins swimming through colorful paint.

In another, the ‘Presidential Reunion’ actor posted a painting of Abe Lincoln with one solemn tear streaming down his face below the words, ‘It’s my party and I’ll cry if I want to!’

Ashley Judd, one of Harvey Weinstein’s many accusers, chimed in last night with a series of statuses slamming the Trump administration and their ‘bigoted policies’. 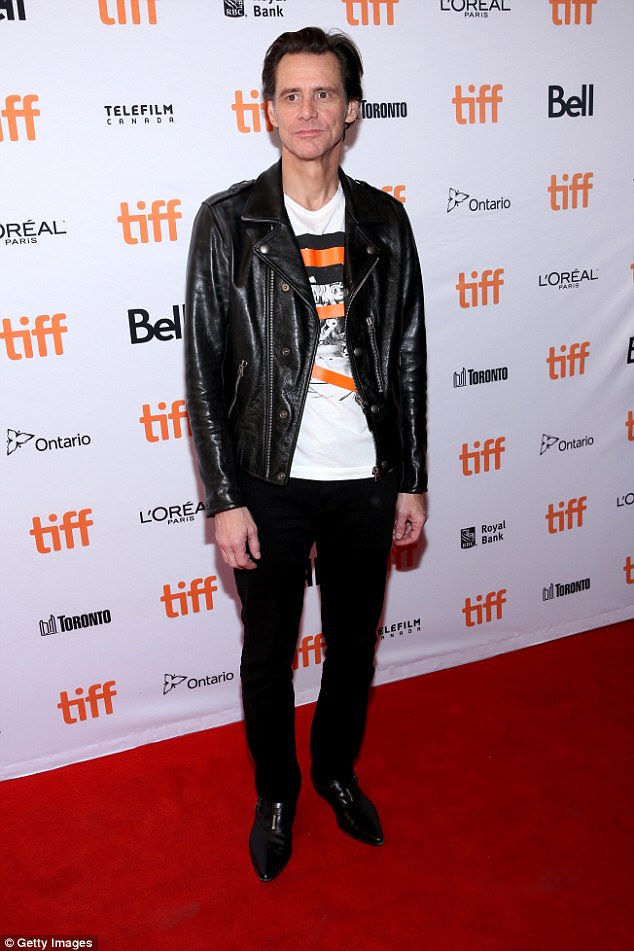 Jim Carrey took to Twitter Tuesday night to share a painting of Abraham Lincoln with one solemn tear streaming down his face and the words, ‘It’s my party and I’ll cry if I want to!’ 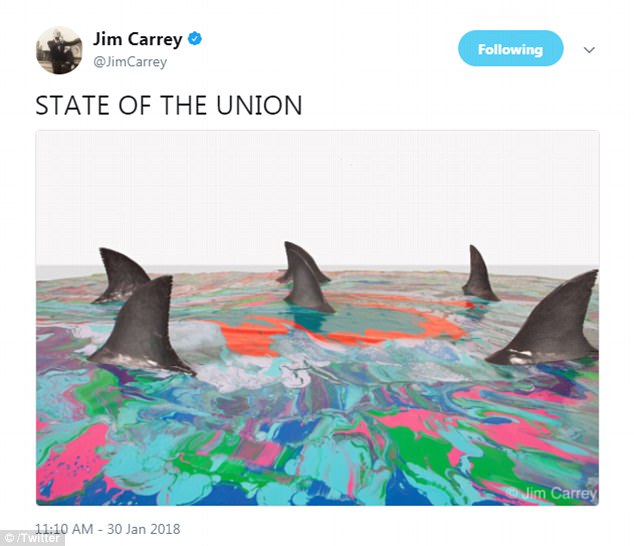 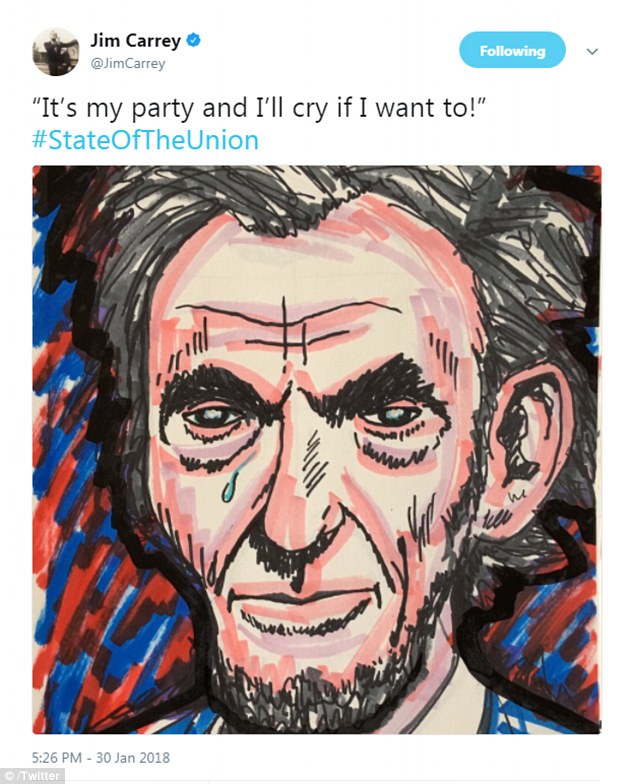 The ‘Where the Heart Is’ actress wrote: ‘My vision for America is one in which everyone is welcomed, regardless of religion, race, or country of origin. It’s people who make America great, not bigoted policies. #StateOfTheDream’

While Time’s Up added in a seperate tweet: ‘Members of Congress, standing for safety and equity in the workplace at the #SOTU. Across all industries, the message is still the same: #TIMESUP’

Jessica Chastain then urged her followers to tune out of Trump’s speech, and instead, watch the premiere of Rose McGowan’s new documentary, ‘Citizen Rose’ on E! network. 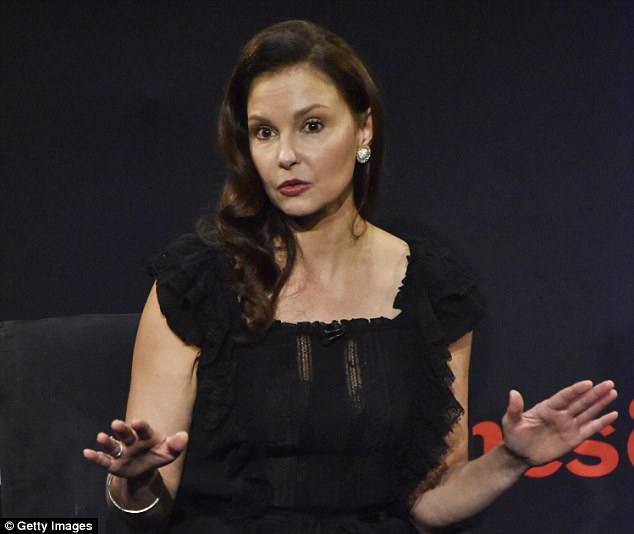 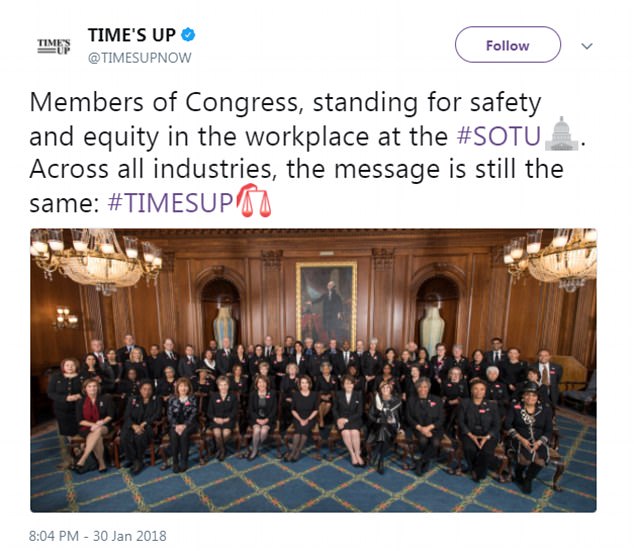 ‘I will always support you #Brave one. I wrap my arms of love around you with healing compassion,’ the ‘Zero Dark Thirty’ actress wrote to her page.

‘Please #WatchRoseNotTrump and make visible the once ignored. Sunshine is the best antiseptic.’ 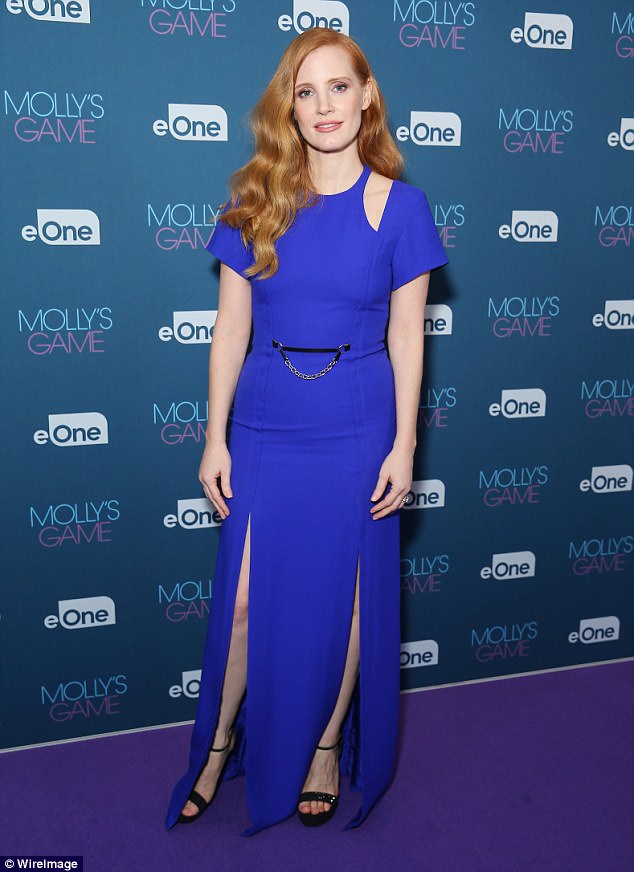 Jessica Chastain was in Sydney, Australia, last night but still urged her followers to ditch Trump’s address and instead watch Rose McGowan’s show 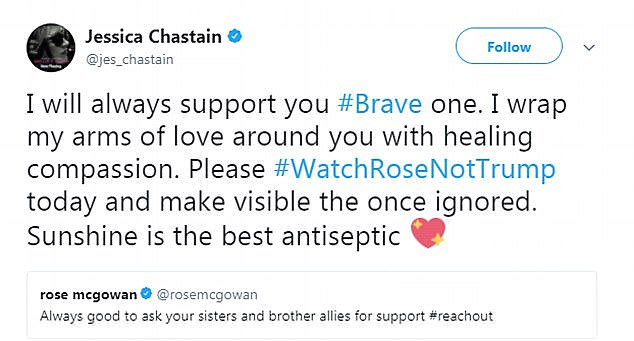 In another tweet, the ‘Spy Kids’ star wrote, ‘Any lip readers out there? Is Melanie repeating, “Help me” through clenched teeth?’

Patton mocked the President: ‘Good to be in a room where I’m either hated or barely tolerated… Feels like home.’ 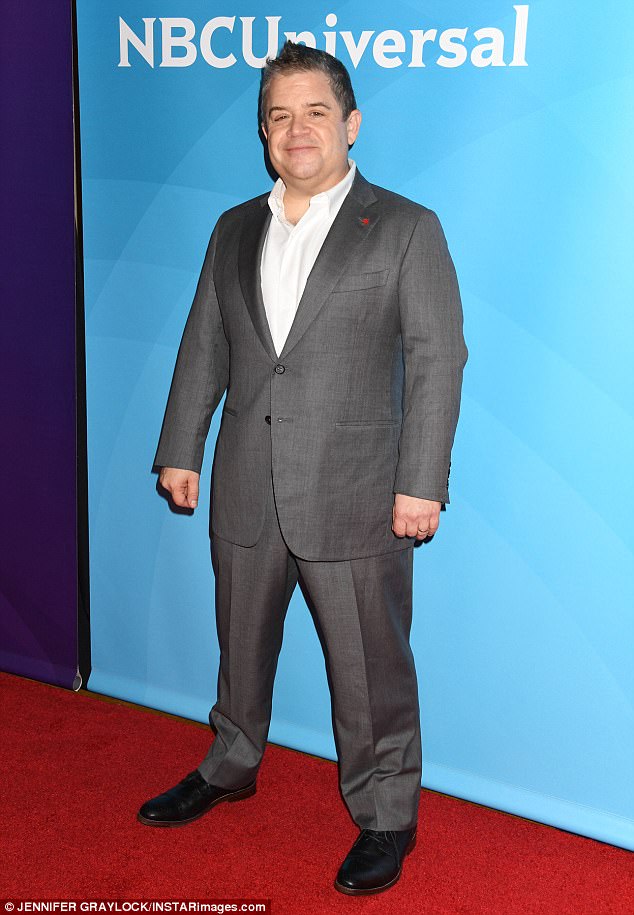 Comedy: The 47-year-old comedian joked along with his fans during the hour-long speech broadcast across television screens and on the internet 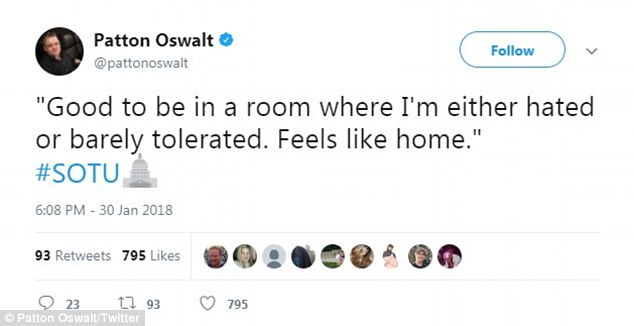 Part of Trump’s address focused on the dangerous MS-13 gang and subsequent violence surrounding the group and its members.

Other celebrities joined in on Twitter to voice their outrage toward the President.

Sarah Silverman wrote, ‘I was told darkness could not exist in the light. But here it is, for everyone to not see.’

‘Good luck to “Saturday Night Live” on trying to make this any more f****ng ridiculous than it already is’, he wrote.

Actress Gabrielle Union re-tweeted a post that read: Immigrants aren’t the only problem in this country. Racists are. #SOTU’

While actor-comedian Dane Cook said: ‘Trump speaks the way a pit boss does to you when you’re way up at the blackjack table. Sounds happy for you, secretly wants you to lose it all.’

And actor George Takei: ‘I’m not watching some frothing orange gorilla read off a teleprompter. I’ve got better things to do, like alphabetize me spice cabinet. #StateOfTheDream’

Comedian Billy Eichner went on to say: ‘Here’s my fun tweet about the #SOTU: the president is a lying, incompetent, racist misogynist sack of shit. Please register to VOTE in the Midterms on Nov. 6th: vote.gov’

Last but not least, actress Elizabeth Banks: ‘PS – not all immigrants are murderous gangs, one did my hair color today – I don’t really need to say this, right? #SOTU’ 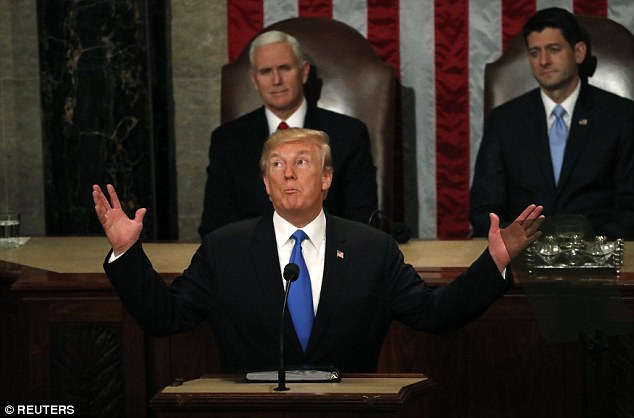 Discuss: Trump’s speech was the third-longest State of the Union at one hour and 20 minutes long, according to The New York Times

For the address, Trump was joined in the House of Representatives by his wife, Melania, and all of his adult children.

First Lady Melania Trump also arrived in the House chamber in her own motorcade.