Mujahid Arshid (pictured), 33, is accused of murdering Celine Dookhran, 20, and stuffing her body inside a freezer at a disused £1.5million six-bedroom house he was working at in Kingston-upon-Thames, south west London

A builder accused of kidnapping, raping and murdering his niece claims the surviving victim had consensual sex with him before killing the girl and suggesting they put her body in a freezer.

Mujahid Arshid, 33, is accused of murdering Celine Dookhran, 20, and stuffing her body inside a freezer at a disused £1.5million six-bedroom house he was working at in Kingston-upon-Thames, south west London.

He is also on trial for raping and slashing another woman, who cannot be named for legal reasons, with a knife, telling her ‘You’ve got 10 minutes to live’.

But Arshid claims the other woman was the one who killed Miss Dookhran, after catching him having sex with her and murdering her in a jealous rage.

The 33-year-old also told the Old Bailey it was the surviving victim’s idea to put her body in the freezer and even helped him carry her downstairs.

Weeping in the dock as the allegations were put to her, the woman, who is the main prosecution witness in the case, repeatedly told Arshid’s barrister Judith Khan QC: ‘I disagree.’

She rejected claims that she and Miss Dookhran, an aspiring make-up artist, went to the house in Kingston-upon-Thames willingly with Arshid in July last year and had consensual sex with him in an upstairs bedroom. 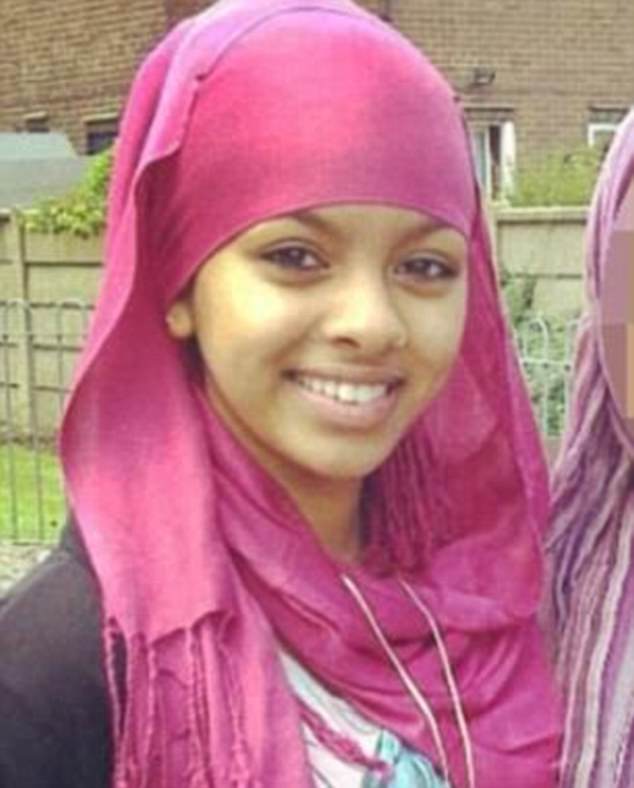 The body of Barclays worker and aspiring make-up artist Ms Dookhran (pictured) was found in a freezer with her throat slashed after officers prized it open, the court has heard 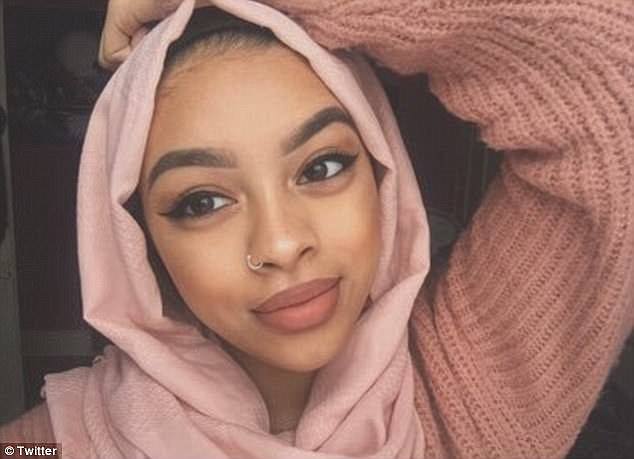 Pictured: Celine Dookhran, a Muslim, worked at Barclays bank and wanted to be a make-up artist

The witness told jurors: ‘I never went up willingly. He forced me upstairs.’

Ms Khan then suggested that the witness made texts and calls on a phone while Celine went upstairs because she was feeling tired.

The barrister said: ‘Had you heard the sound of the defendant [Arshid] having sex with Celine?’

The woman replied: ‘I disagree.’

Ms Khan continued: ‘When you went upstairs you saw them both getting dressed and you were upset and jealous at what you saw and you started to shout abuse.

‘You punched the defendant in the chest and Celine was crying and saying she was sorry. The defendant then left.

‘He was outside for about 15 or 20 minutes and when he came back he went upstairs and everything was silent up there.’ 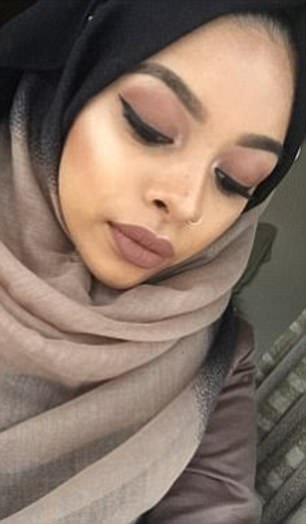 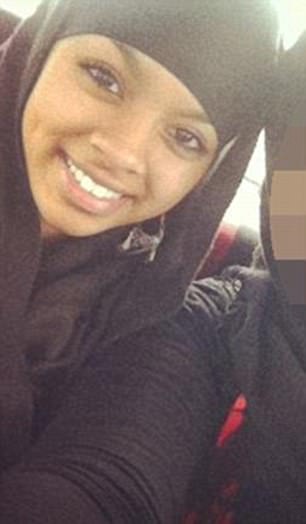 Arshid has told the Old Bailey the other woman he is accused of raping was the one who killed Miss Dookhran (pictured), after catching him having sex with her and murdering her in a jealous rage

The woman said: ‘I disagree. What is being said is not the truth.’

Ms Khan said: ‘When he went upstairs you were in the bathroom with a knife in your hand and Celine was in the bath and she was bleeding.’

The witness sobbed as she replied: ‘Disagree’.

The witness, who claims that Arshid also stabbed her after murdering Miss Dookhran, replied: ‘I disagree. Why would I do it to myself? I disagree with it completely.’

Ms Khan said: ‘He was shouting at you, ‘What the hell’s happened, what have you done?’ At some point you suggested that Celine be put in the freezer.

‘You both took her downstairs.’ 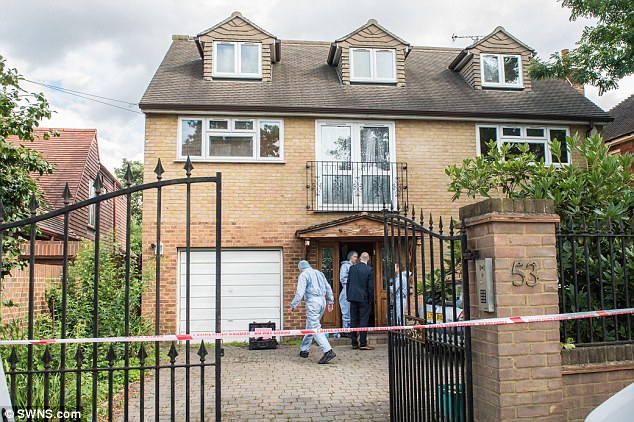 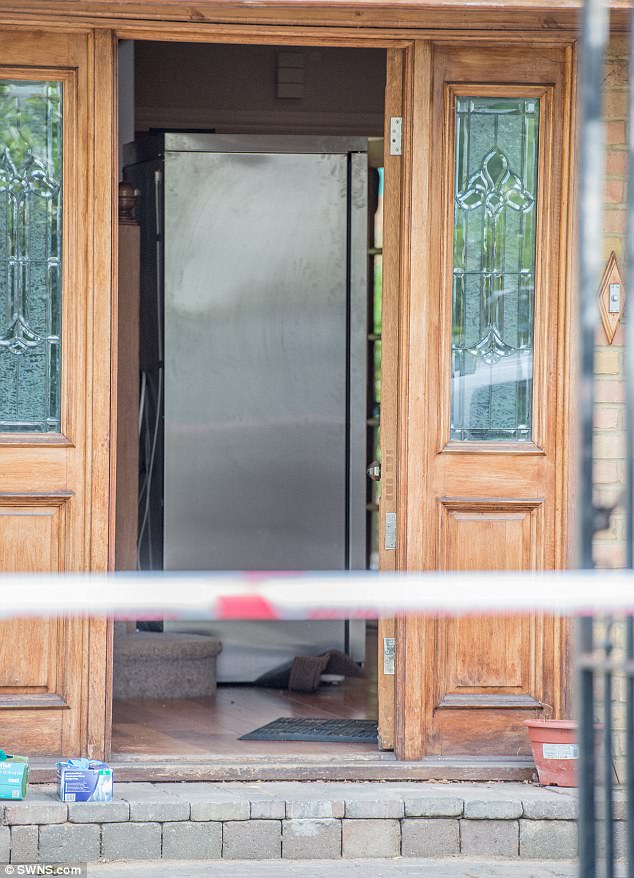 The witness replied: ‘He did that, he dragged her himself.’

Ms Khan suggested that Arshid couldn’t carry Celine’s body himself because he had suffered a back injury in the past.

The barrister also claimed that after dropping the body on the way down the witness told Arshid: ‘She took what’s mine.’

Arshid also says she got angry and picked up a knife when he told her they had to sort out what had happened instead of just running away.

The witness told the court: ‘I was trying to persuade him to run away together before he attacked me.’

Ms Khan said: ‘He cut your hands as he took the knife. You both struggled on the floor and your other injuries were sustained while you were on the floor struggling.’

The witness replied: ‘We fought but that’s not what happened. He caused the injuries. I disagree. I was fighting for my life at that time.’ 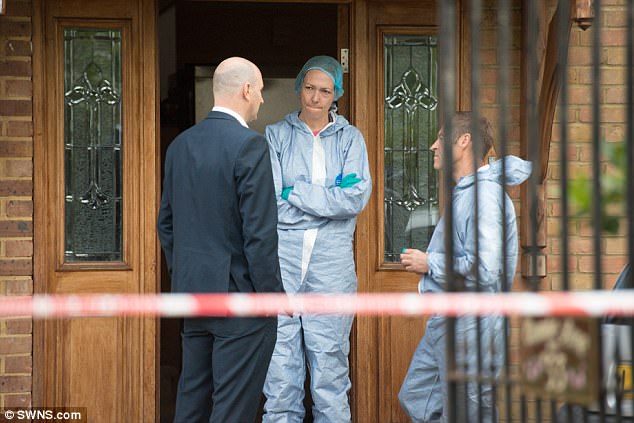 The witness said again: ‘I disagree.’

She has previously told the court that Arshid kidnapped her, tied her up, raped her and slashed her with a knife as he told her: ‘You’ve got 10 minutes to live.’

Arshid is said to have been inspired by one of Britain’s most notorious killers, the acid-bath murderer John George Haigh.

Prosecutors say Vincent Tappu, 28, was also involved in the ‘premeditated’ attack on the two Muslim girls.

The body of Barclays worker Miss Dookhran was found in a freezer with her throat slashed after officers prized it open, the court has heard.

Tappu, of Spencer Road, Acton, denies kidnap, false imprisonment, and possession of a firearm with intent. The trial continues. 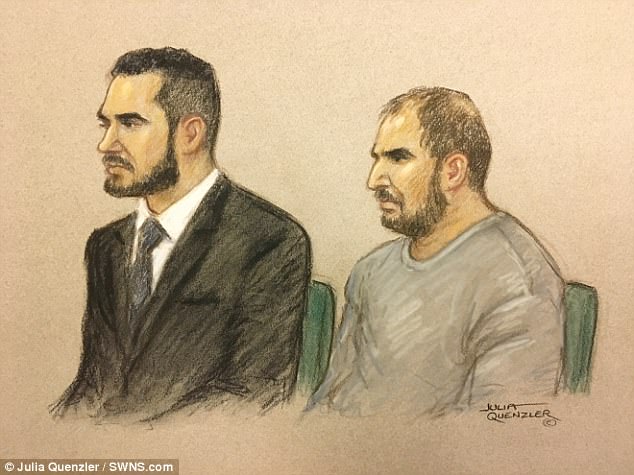 A court drawing of Vincent Tappu (left), also accused of being involved, and Mujahid Arshid 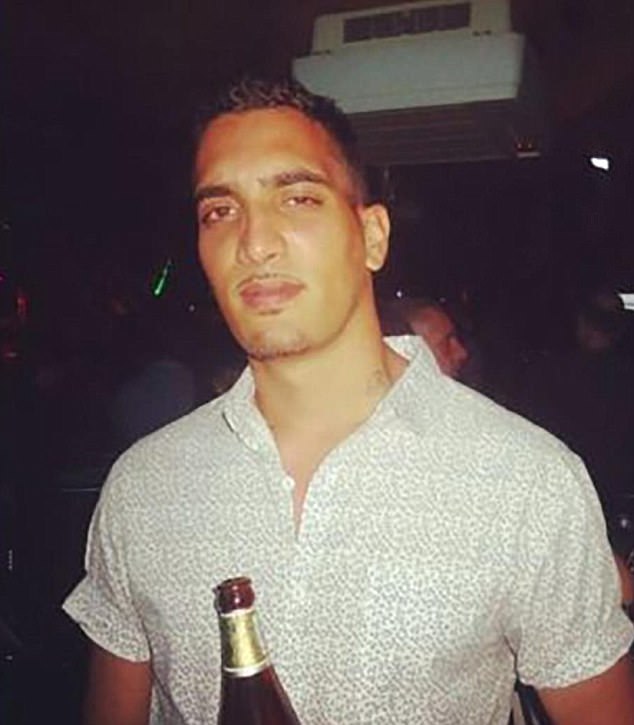 Prosecutors say Vincent Tappu (pictured), 28, was also involved in the ‘premeditated’ attack on the two Muslim girls. The trial continues