‘The security officer threatened to shoot me if I went on board the plane with my cello’: Cellist Julian Lloyd Webber recalls his travel adventures

By Yvonne Swann For The Daily Mail

So which destination is the cellist’s most memorable?

Here he talks about his favourite hotel in Shanghai, the time he had a run-in with a security officer in New York – and more…

WHAT WAS YOUR FIRST HOLIDAY?

When i was six I went to Frinton-on-Sea in Essex with my composer father William.

We lived in a dilapidated mansion block in South Kensington — so a trip to the seaside was very exciting.

It was extra special because it was just my father and me — in fact there was only ever one other time he took me somewhere on my own.

WHAT IS YOUR FAVOURITE HOTEL?

My favourite hotel is The PuLi in Shanghai. It’s a great modern central hotel where everything works to perfection.

WHAT WAS YOUR CRAZIEST FLIGHT?

A few years ago I was at JFK Airport in New York and the security officer threatened to shoot me if I went on board the plane with my cello. I reckoned he wouldn’t actually do that, so I carried on regardless and lived to tell the tale.

WHAT IS YOUR MOST EXCITING PLACE? 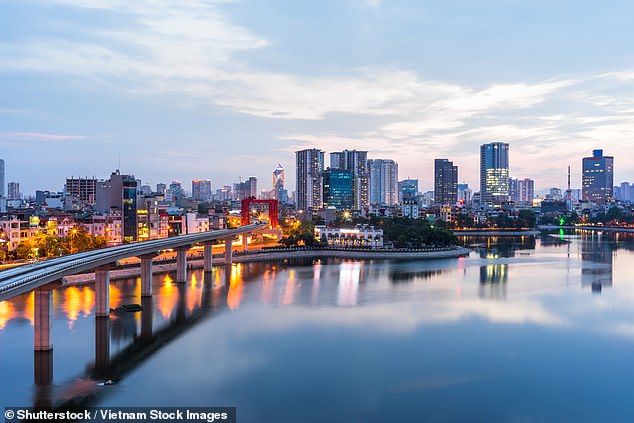 Aerial skyline view of Hanoi, which Julian said is one of the most exciting place in the world

Hanoi in Vietnam is wonderful — a really buzzy city with amazing bargains. I especially liked the cheap silk pyjamas.

WHO IS YOUR BEST TRAVEL COMPANION?

WHAT DO YOU NEVER TRAVEL WITHOUT?

WHAT WOULD YOU ALWAYS AVOID ON HOLIDAY?

Trendy hotels where you need a degree in engineering to find the light switch.