A page in the book of Scottish football in Europe looks to have finally been turned after years of disappointment — Scotland’s big two are once again a force to be reckoned with.

On Thursday night, Celtic qualified for the Europa League last-32 after a gutsy 2-1 victory against Lazio in Rome, while Rangers pushed themselves within inches of the same feat after defeating Porto 2-0 at Ibrox.

Scotland are now within one rung in the coefficient ranking of securing a second Champions League place for 2021-22 and are finally capable of once again going toe-to-toe with Europe’s best. 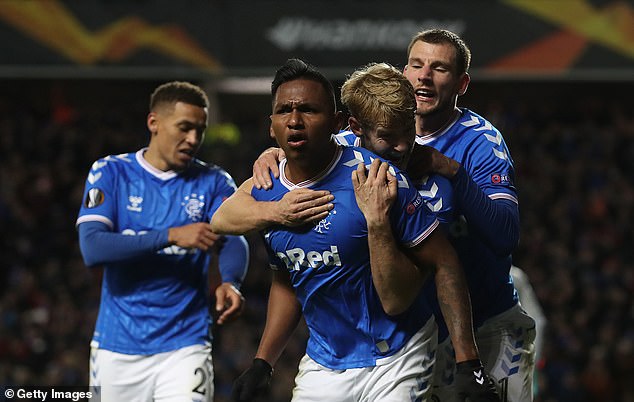 Celtic have gone from being beaten by Gibraltarian minnows Lincoln Red Imps in 2016 to beating Lazio home and away, while Rangers have erased the memory of that bitter experience to Luxembourg minnows Progres Niederkorn. Oh how that name still sends a shudder over Ibrox.

Heady European nights in Scotland are no longer a thing of the past.

Speaking on the BBC, he said: ‘It’s huge for both clubs – Lazio and Porto, these are big names.

‘So the fact Rangers and Celtic are not only going toe to toe with them, but beating them, is a real statement for Scottish football.’ 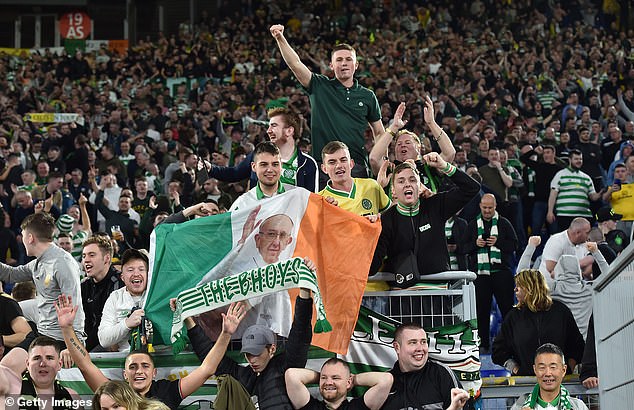 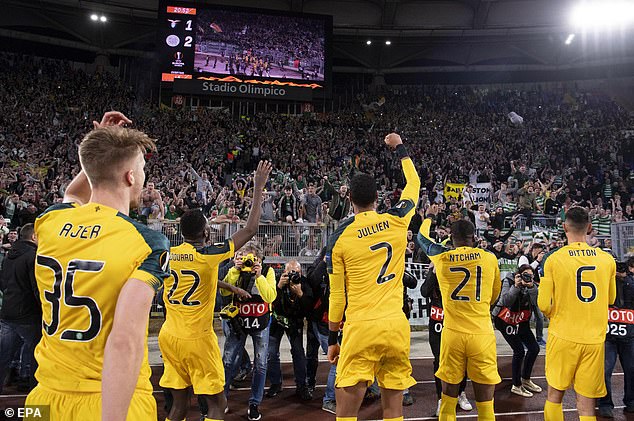 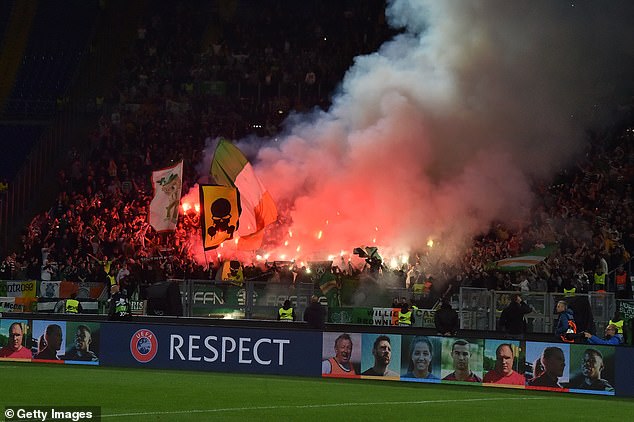 The former Celtic and Scotland player was also full of praise for managers Neil Lennon and Steven Gerrard.

‘Neil Lennon was brought in for one thing — to keep the ship going forward; but ultimately to get big results in Europe and he’s proven that not only in Rome, but I thought he was very unlucky not to get more than a draw in Rennes as well,’ he said.

‘The one thing that Steven Gerrard brings is an entourage of people interested in how he is doing.

‘The fact he’s still going toe to toe with Celtic in the league means it is all pluses for him and can only enhance his reputation.’

While fans celebrated Thursday’s successes into the early hours, the journey of toil and frustration to get to this point can’t be forgotten. 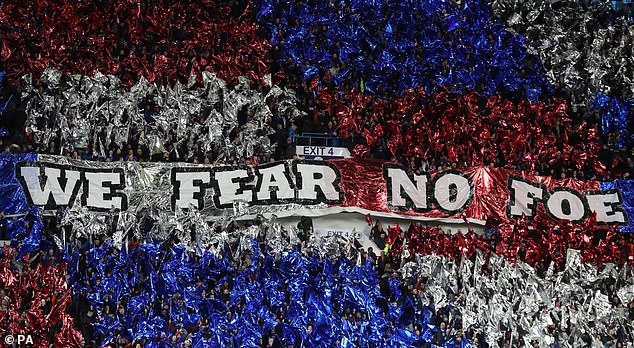 Rangers supporters at Ibrox put on an impressive blue, red and white display before the game 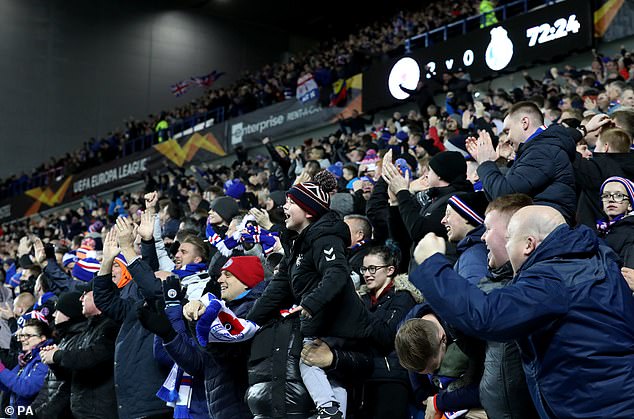 In fact, the last moment worthy of cheering about in Europe was back in November 2012, when Celtic pulled off the extraordinary upset of beating Barcelona and went on to qualify for the last 16. This triumph came seven years to the day from that momentous result.

Since then, both Scottish clubs have suffered heartache and frustration on the continent.

The Hoops endured a 6-1 drubbing by Barcelona in the following season’s Champions League group stage and the 2014-15 season Champions League qualifying campaign saw a 6-1 aggregate hammering by Legia Warsaw.

To rub further salt into the wound, Celtic ended up progressing to the final qualifying round due to Legia fielding an ineligible player. This extraordinary bit of luck was abjectly irrelevant as the Hoops rolled over to Maribor, losing 2-1.

It did end up getting worse — in Brendan Rodgers’ first match in charge of Celtic, they succumbed to Lincoln Red Imps 1-0 in a 2016 Champions League qualifier.

That loss to the minnows from the Rock was dubbed as ‘Celtic’s most humiliating defeat’ and the ‘shock of Gibraltar’. 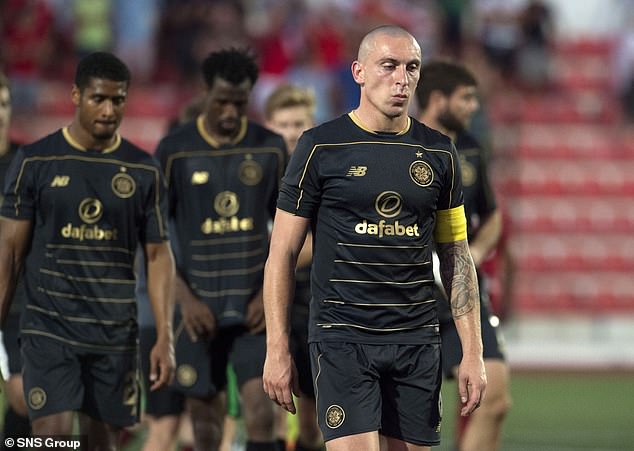 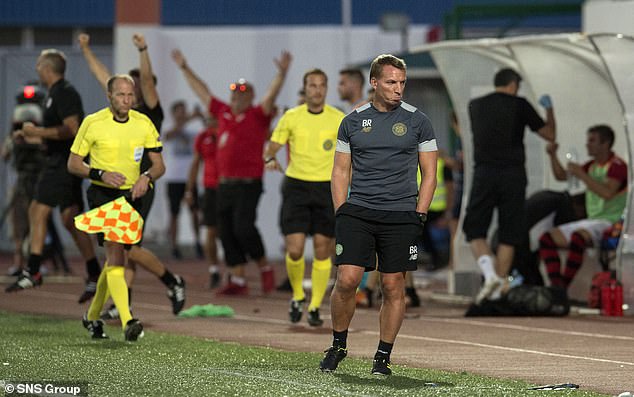 The Gers’ own luck in Europe hasn’t been any better.

The last time Rangers prospered in Europe was when they reached the 2008 UEFA Cup final, losing 2-0 to Zenit Saint Petersburg.

The dark days of administration and liquidation meant the Ibrox side were absent from Euro competition.

It didn’t get much better on their return when they were knocked out by Progres in the Europa League first qualifying round two years ago.

The humiliation was deeply felt considering their opponents were the lowest ranked side in Europe, according to UEFA, and had never before won a game in European competition in their 100-year history. 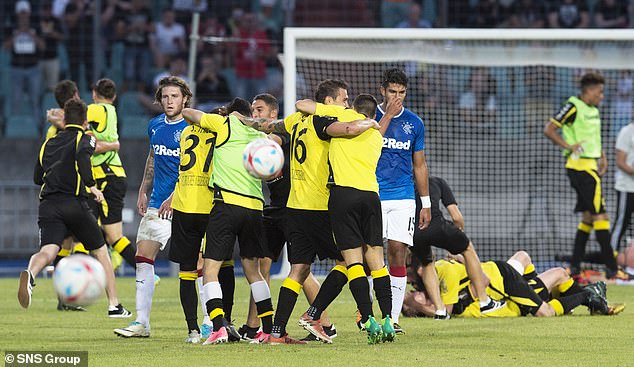 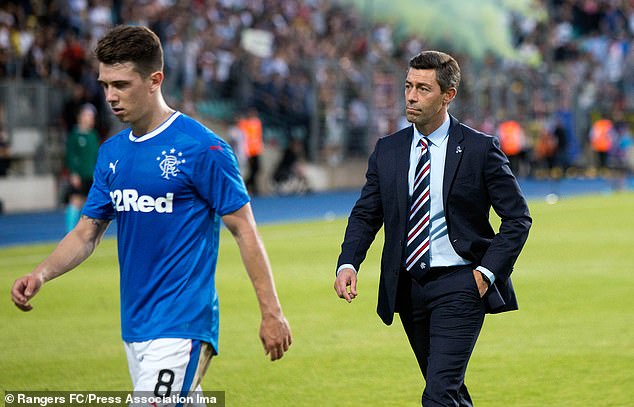 The aftermath resulted in then-manager Pedro Caixanha taking refuge in a bush as he tried to explain what went wrong to angry fans.

These results are a world away from such misfortune – a bright light after a period of darkness.

How far either club can go in Europe remains to be seen but a re-emergence of those fabled European nights can be something fans of both clubs can relish.

Ibrox and Celtic Park are jumping on such occasions. The return to relevance at such a level mean such glory nights are now a thing of the present – not simply memories of the past.