Cluj coach Dan Petrescu claims Celtic are big favourites in their Champions League qualifier as they have several young players who will go on to play for major European clubs.

Petrescu guided Romanian side Unirea Urziceni to a 4-1 victory at Ibrox in the Champions League in 2009 but he claims Celtic are far better than Rangers were then.

And the former Chelsea player added it would be a major challenge for his players to win at the ‘best stadium in the world’.

Petrescu even claimed he hoped to manage Celtic one day as he delivered a string of memorable statements at his pre-match media conference at Parkhead.

James Forrest’s first-half equaliser tipped the balance in Celtic’s favour in the third qualifying round with the scores tied at 1-1 ahead of Tuesday’s second leg.

Petrescu said: ‘We need to score and scoring at Celtic Park is not easy. We have looked at all their competitive matches this season and they concede some goals but they create so many chances in every game. The danger is coming from all over the pitch.

‘This Celtic team has some very, very good young players. I’m sure in two years’ time they will not be here. They will be at big clubs in the Premier League or Spain. 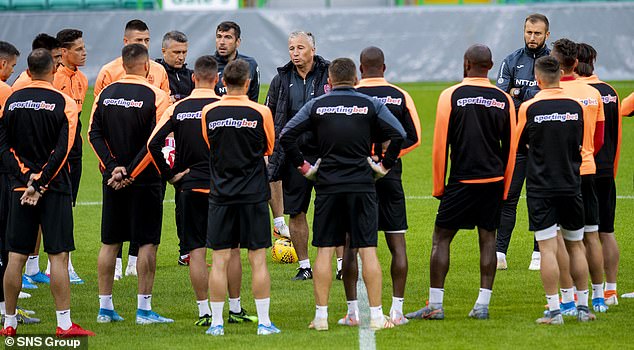 ‘I have watched all the games, I have a good eye after 16 years of coaching and 20 years of playing and I am sure of this, these players will go to the top level. That’s why it’s going to be very tough.

‘The players who will go to another level will be (Kristoffer) Ajer, (Ryan) Christie for sure, a fantastic player, and (Odsonne) Edouard also. But other players, they have four good players on the wing, and I heard they have six but I haven’t seen them because they are too young.’

Petrescu outfoxed Walter Smith 10 years ago but believes he faces a stiffer challenge this week. 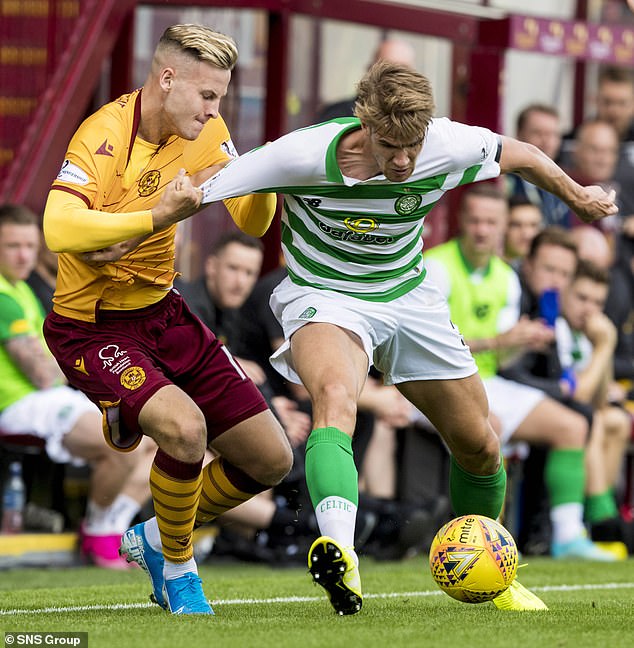 ‘It’s no comparison because this team is much better. At that time Glasgow (Rangers) were not doing very well, they had some problems in the club. Now Celtic are winning every time, apart from our game, and also they are winning convincingly.

Petrescu also feels the atmosphere will make the challenge all the greater.

‘Before we play Maccabi Tel Aviv, I told my players that we have to qualify because we have to go to the best stadium in the world,’ the former Romania international said.

‘The players on the pitch were impressed about the stadium and they will be more impressed when the stadium is full. The crowd will help them but it’s a great challenge for us and it’s good for the players because none of our players have played here before.

‘I wanted to play here. Hopefully one day I will manage here, you never know.’