Celtic assistant manager Chris Davies has warned against taking a Europa League spot for granted in the wake of the Hoops’ exit from the Champions League.

The Scottish champions lost 2-1 at home to Bayern Munich on Tuesday night which, with two Group B fixtures remaining, kept them in third place with only the three points from the 3-0 away win against point-less Anderlecht.

The Belgian side host Bayern before travelling to Glasgow for their last game which is widely expected to confirm that Brendan Rodgers ‘side, whose penultimate game is in France against leaders Paris St German, will still be in Europe after Christmas.

However, Davies said: ‘Anderlecht are a good team, that’s what we have to remember.

‘We beat them but they were good. We were very good. It wasn’t that they were bad.

‘But it is not for granted that we are in the Europa League.

‘They have two more games to play, not just one against us.

‘We have two games to go. We have PSG and can we perform at home to Anderlecht?

‘We are positive and if we perform as we did the other night and we take that into the Anderlecht game there is no reason why we won’t do that.

‘But this is football and you can’t take anything for granted and we never underestimate any opponent. 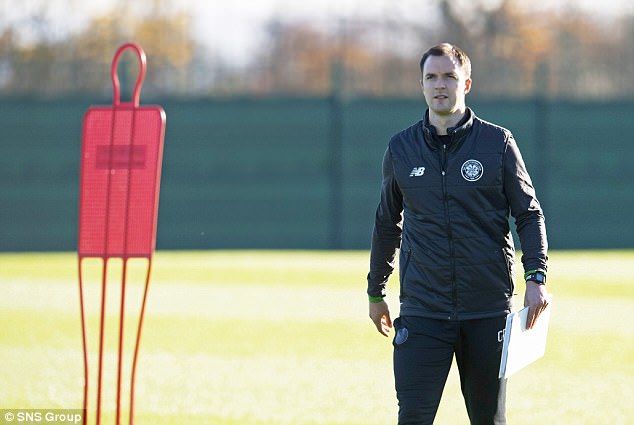 ‘So to say now we are in the Europa League, we are not. We are still fighting to get there.’

After coming bottom of a Champions League section last season which included Barcelona and Manchester City, Davies believes Celtic could do with ‘an easier group’ to help them get into the knockout stages.

Speaking ahead of the Hoops’ trip to St Johnstone on Saturday, where Celtic can beat their own unbeaten domestic run of 62 games dating back from the side of 1917, he said: ‘In the 16 groups over the last two years we have probably had the hardest two in terms of the top two.

‘So you need a little bit luck there because there is a gulf.

‘Not many of the pot three or four teams will get out. 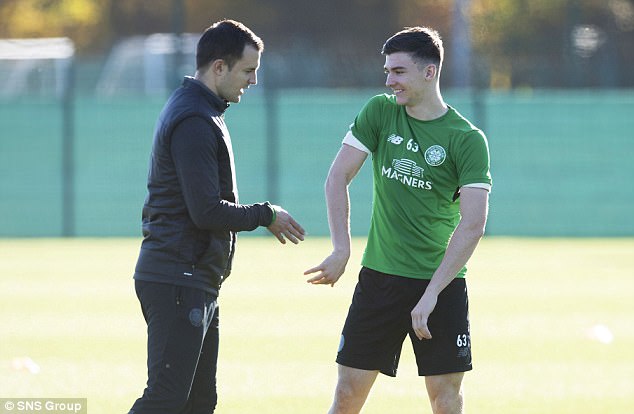 ‘You need a good draw and a bit of luck but at the moment we are performing and progressing and that is what we all want to see.’

Kieran Tierney was one of several Celtic players who enhanced their reputation against Bayern in front of a host of scouts.

Davies refused to put a price on the 20-year-old left-back who signed a new six-year deal on Monday, saying ‘I don’t want to give anyone any ideas’ but insists he has been impressed since day one.

He said:’I remember the first training session we had here. I can still remember Kieran and he stood out.

‘Afterwards we were talking and saying this is a top young player.

‘We had heard a little bit about him and seen the games from the season before but it was instant.

‘You could see the way he moved and the way he pressed the ball in training and his quality with the ball.’