Celtic look set to complete a one-year loan deal for defender Filip Benkovic on Friday – as Brendan Rodgers insisted Moussa Dembele and Dedryck Boyata would remain at the club.

But as Celtic also prepare to add former Kilmarnock midfielder Youssouf Mulumbu to their squad, Rodgers confirmed that a move away for either Dembele or Boyata is highly unlikely.

Dembele sat out Thursday night’s game after a £20million offer was rejected from Lyon. He posted a cryptic tweet on his social media page shortly after.

‘A man, without his word, is nothing. A real man keeps his word,’ it read.

But citing the need to have a ready-made replacement striker lined up, though, Rodgers is adamant the Frenchman won’t be allowed to leave in this window.

‘The club has had a significant offer, it’s been ongoing for a couple of days and we’ve taken Moussa out of it,’ Rodgers said.

‘We don’t want him to go. We understand the offer is significant, but it’s no good for us. It has to work for both.

‘If we don’t have someone of a certain calibre and quality to come in, then, unfortunately, it can’t be done because he is not a player we want to lose. We’ll see how it goes.’

Asked if he was confident that Dembele would still be at Celtic on Saturday morning, Rodgers added: ‘Yeah.’ 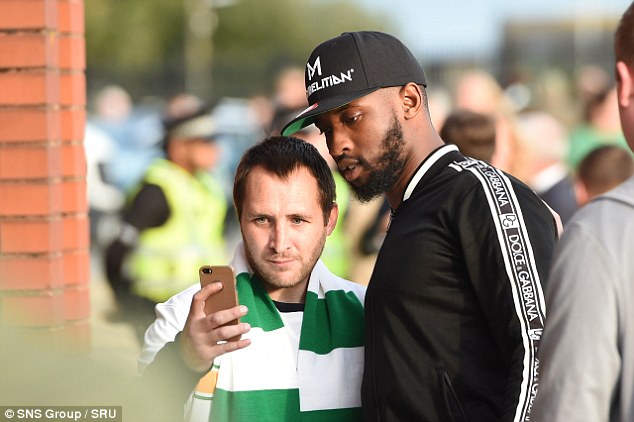 On Boyata’s situation, he added: ‘Those guys, there’s been a lot of distraction for them. They are young guys who have been playing very, very well.

‘But I think the whole thing will close and we will see those guys here, then we can really push on until Christmas and then it all begins again in January.’

Benkovic joined the Foxes from Dinamo Zagreb in a deal worth around £13m this summer, but the strength in depth that Leicester have at centre-back means he’s unlikely to get regular first-team action there.

Confirming that a deal was close for the player, Rodgers said: ‘I’m not sure if it’s totally confirmed yet but he’s one we’re interested in.

‘Again, he’s a young guy with a bright future at Leicester but we’ll hopefully take him on loan and develop his game.

‘He is a big threat in both boxes, a big presence, and that’s something I think the team needs.’

Mulumbu has been without a club since leaving Kilmarnock in May but also looks set to put pen to paper on a two-year deal today.

‘What I’ve been after over the course of the summer was a number eight, a strong running aggressive midfield player,’ Rodgers added.

‘Youssouf showed in his time up here last season with Steve Clarke at Kilmarnock that he was outstanding.

‘He came up with good legs and good energy and he’s got great experience.’ 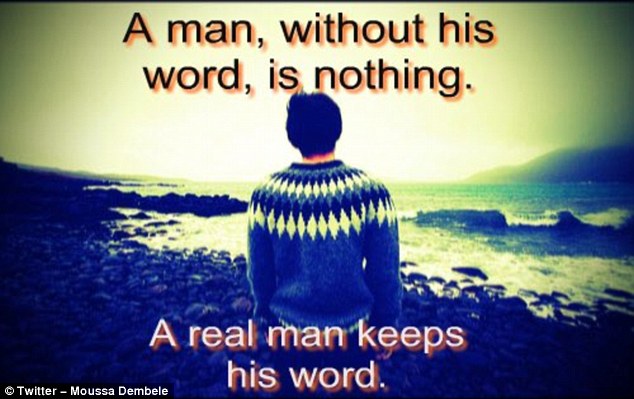 Dembele posted a cryptic tweet on his social media saying: ‘A real man keeps his word’

Asked if he anticipated further business being done today, Rodgers said: ‘No. I wouldn’t have thought there would be anything more. I always thought there was never going to be a big influx of players in this transfer window.

‘It was key to keep the players that we had. That was always going to be up there with the players coming in.

‘You want to get a certain type of quality into the building.

‘If we bring in a dominant centre half and an aggressive midfield player, time might run out for anything else.

‘So we’ll just go with that and get on with it.’

Rodgers’ side took their place in the group stage of the Europa League with a 3-0 win thanks to Leigh Griffiths’ 100th goal for the club, Callum McGregor’s second half effort and Kristoffer Ajer’s first goal for the club.

Griffiths admitted he was pinching himself at joining esteemed company after becoming a Century Bhoy.

‘It’s a release, more than anything,’ he said.

‘It wasn’t just the goal, it was about getting off to a good start. They were always going to make it difficult for us by camping inside the penalty area so I had to go outside it for the goal but it was a relief to get it.

‘This is another milestone and I’m delighted to have got there. The last person to do it here was John Hartson and that’s good company to be in. Not a lot of players have scored 100 goals for Celtic and now I want to get as many as I possibly can.

‘Our manager has taken my game to a different level. The season before he came in I scored 40 and the team relied on my goals but now I have competition breathing down my neck. Was there a time when I thought this might not happen? Yes, when I was stuck on 98! Seriously, I just had to bide my time, knowing it was going to come.’