Celtic drawn against Sarajevo in the Champions League first qualifying round

Celtic have been drawn against Sarajevo in the first qualifying round of next season’s Champions League.

The opening draw for European football’s elite competition took place in Nyon, Switzerland, with the second qualifying round set to take place on Wednesday.

Neil Lennon’s side will go up against Bosnian champions FK Sarajevo in the first qualifying round, as they bid to make the group stages.

The first leg is provisionally scheduled to be played at home on July 9 or 10, before the away fixture on either July 16 or 17.

Linfield will face Norwegians Rosenborg, while Ireland’s Dundalk will take on Latvians Riga, with both first-leg fixtures set to take place between July 9-10.

Welsh champions The New Saints will face the winners of the preliminary round in the first qualifying round of the Champions League and will be at home for the first leg.

Kosovans Feronikeli take on Lincoln Red Imps of Gibraltar while San Marino’s Tre Penne meet FC Santa Coloma on June 25, with the two victors progressing to a play-off three days later that will decide who enters the competition proper.

The New Saints FC v Winners of the preliminary round 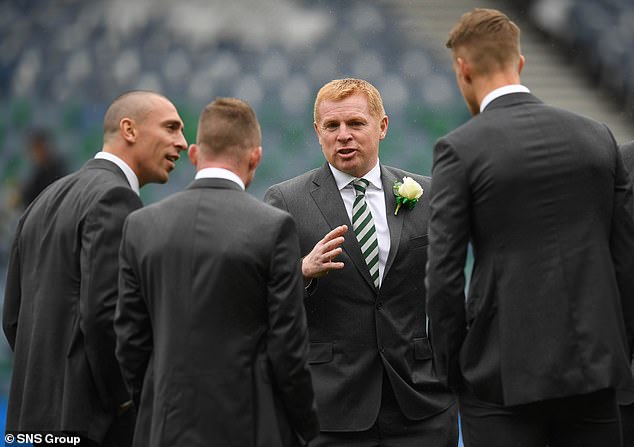 Teams including APOEL and PSV Eindhoven will feature in Wednesday’s second qualifying round draw, as the first lot of Champions League fixtures concludes.

Liverpool, Manchester City, Chelsea and Tottenham have already qualified for the group stages, alongside the likes of Real Madrid, PSG, Bayern Munich and Juventus.

Current holders Liverpool are bidding to win the competition for a seventh time, and will hope to make an impressive three consecutive finals.

The showpiece final of the 2019-20 edition of the tournament will take place in Istanbul’s Ataturk stadium – the venue in which Liverpool pulled off an historic comeback win against AC Milan in 2005.