Celtic might be handed the title with eight games left – could it also happen in the Premier League?

Celtic might be handed the Scottish Premiership with eight games left as UEFA soften stance on ending leagues early… so could the same happen in the Premier League?

By Brian Marjoribanks For Mailonline

UEFA have opened the door for Celtic to be crowned champions of Scotland with eight games still left to play in the Premiership.

Earlier this month, European football’s governing body had warned member associations that ending domestic competitions early could result in their teams being denied access to the Champions League and Europa League next season.

However, UEFA have softened that stance, giving a ‘strong recommendation’ that top-flight domestic league and cup competitions should be played to a finish but pledged to consider ‘special cases’. 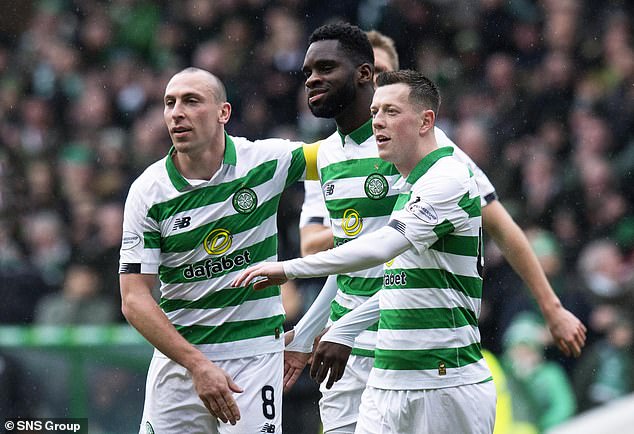 Celtic boss Neil Lennon insisted everyone at Parkhead would prefer the season is played to a finish to seal nine-in-a-row out on the pitch but he conceded that may not be possible due to the ongoing coronavirus crisis.

If the Scottish season does end early, it could be a yardstick that is eventually followed south of the border with the Premier League. At present, England’s top tier remains intent on playing out the 2019-20 campaign.

In a statement, UEFA said: ‘There was a strong recommendation given to finish domestic top division and cup competitions, but some special cases will be heard once guidelines concerning participation to European competitions in case of a cancelled league have been developed.’

Last week, the SPFL agreed to call the season early in the Championship, League One and League Two with a controversial vote also including potentially ending the Premiership season prematurely if games cannot be completed.

But any decision on cancelling leagues will not occur until after a UEFA executive committee meeting takes place on Wednesday. Lennon admitted his players are desperate to complete their outstanding fixtures but knows that looks increasingly unlikely. 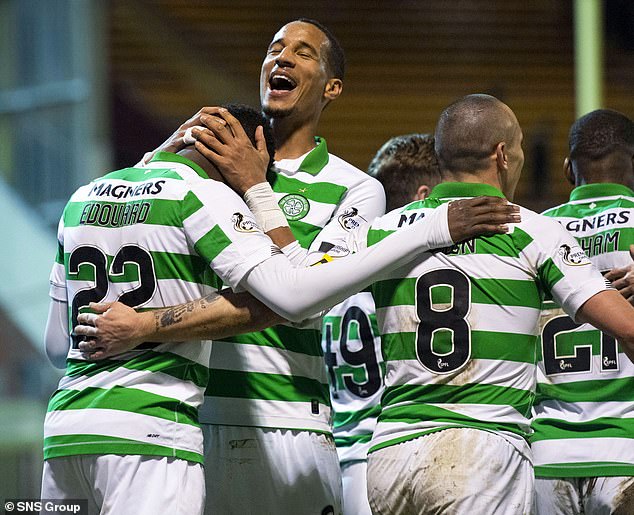 He told Celtic TV: ‘Everyone at the club the players, myself, the backroom staff, the fans want to play the games. Whether that can be achieved or not, that’s another thing.

‘It feels like an age since we played our last game against St Mirren and the players are asking me when they can get back to training as a group and when we can all start back again. But obviously nobody has an answer to that at the minute.

‘The players are the ones who have lost out the most in terms of the opportunity to play in front of the supporters. We are going for nine-in-a-row and a quadruple treble and I feel sorry for them at this stage, in a footballing sense.

‘Hopefully, at some stage, it can be started up again but, if not, we will just have to wait and see what happens and the outcome of what that is going to be.’ 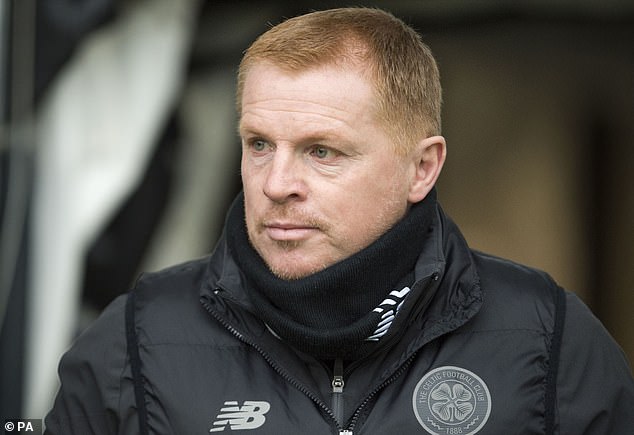 One potential complication to calling the Premiership early could be that UEFA still hope to complete this season’s Europa League and Champions League competitions.

Rangers still have an outstanding last-16 Europa League tie against Bayer Leverkusen to play over in Germany after a 3-1 first-leg loss at Ibrox in March.

So, if the SPFL was to call the league early, then Rangers could effectively be playing in two different European campaigns simultaneously within the same season.