‘I’m very supportive of the players’: Neil Lennon insists Celtic are ‘fine’ despite defeat to Cluj and narrow win against Dunfermline

Celtic manager Neil Lennon has launched a bullish defence of his under-fire side, insisting: ‘We’re fine.’

Critics have rounded on Lennon and his team since they were dumped out of the Champions League by Romanians Cluj last week then scraped past Dunfermline in the Betfred Cup.

But, ahead of facing AIK Stockholm in their opening Europa League tie, the Hoops boss said: ‘It’s not me that is creating the headlines or shouting out the criticism.

‘I’m very supportive of the players and was after Cluj and Dunfermline.

‘We’ve lost one game – I didn’t believe we deserved to and that’s the harsh realities of the game.

‘We’re fine. We’re absolutely fine. It’s like everyone out there is head down. We’re not. We’re bullish and looking forward to the games.’

Lennon added: ‘There has to be a sense of perspective.

‘I can’t control that but there has been a little bit of hysteria at times. That is the environment you’re in in Glasgow sometimes.

‘We’ve lost one game and scored three goals in it, so it’s not all doom and gloom. 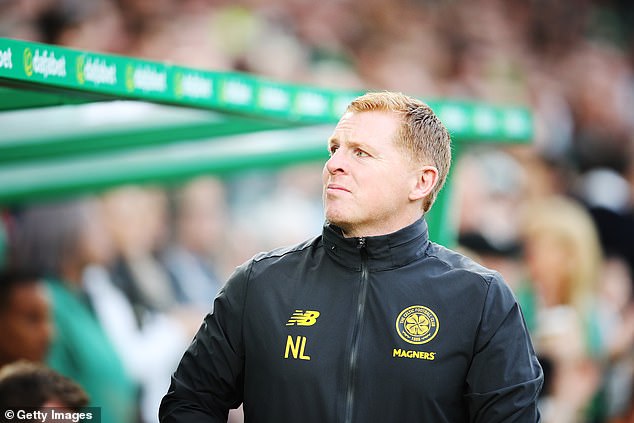 ‘We have to be bullish about things and look forward. It’s a big disappointment to be out of the Champions League but the Europa League is a very good competition that hopefully we can prosper in.’

Celtic have made the group stage of the Champions League or the Europa League every season since 2011 and Lennon believes it is vital his side maintain that record.

He said: ‘Obviously the players want to show they have some European pedigree.

‘We have the makings of a very good team and I hope that manifests itself (on Thursday night).

‘It’s important we get through. It gives us a gravitas, opens the season up and gives us European football to look forward to towards Christmas, so it’s an important couple of games.’