Celtic players arrived at Parkhead to a heroes’ reception after reclaiming the Scottish Premiership title.

The Bhoys sealed their 52nd league crown following a 1-1 draw at Dundee United on Wednesday, to take back the crown from bitter Glasgow rivals Rangers, who had prevented Celtic from winning 10 titles on the bounce last season.

Players and supporters in Dundee celebrated in the ground long after the final whistle and the celebrations would continue as they arrived back in Glasgow. 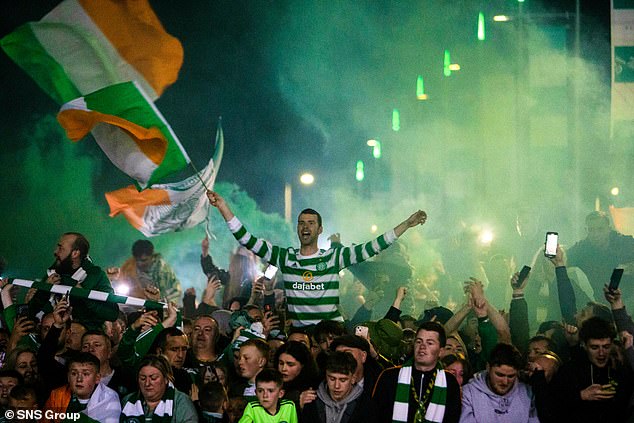 Thousands of Celtic supporters descended on Parkhead to welcome the players back at 1am to an incredible atmosphere outside their home ground.

Fireworks lit up the night sky, while fans chanted and also set off flares outside of Celtic Park.

Celtic manager Ange Postecoglou was pictured addressing those who had welcomed them home. 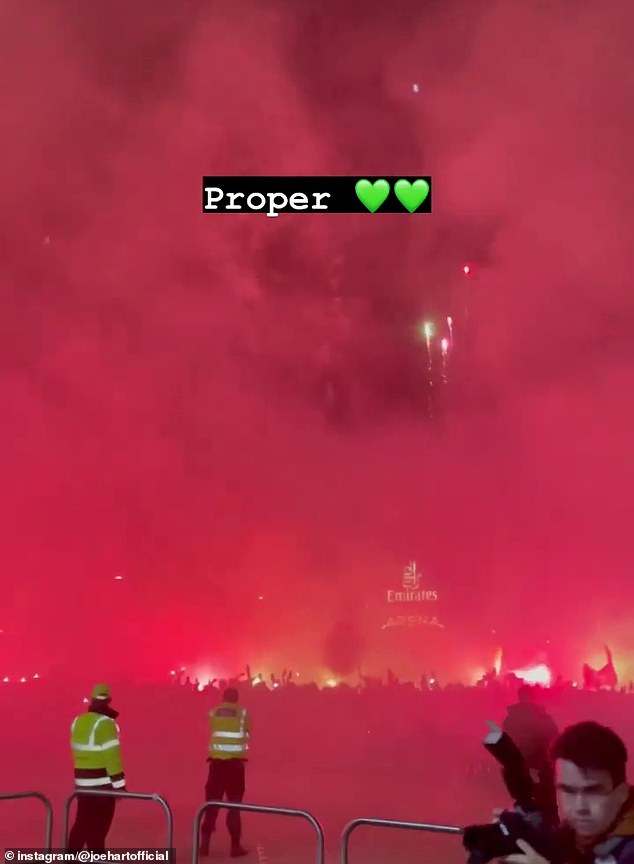 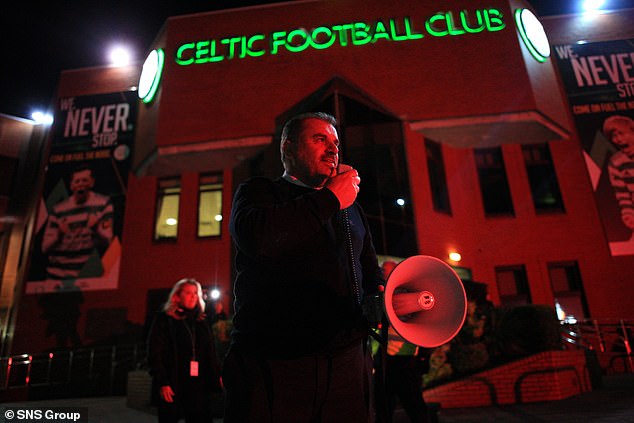 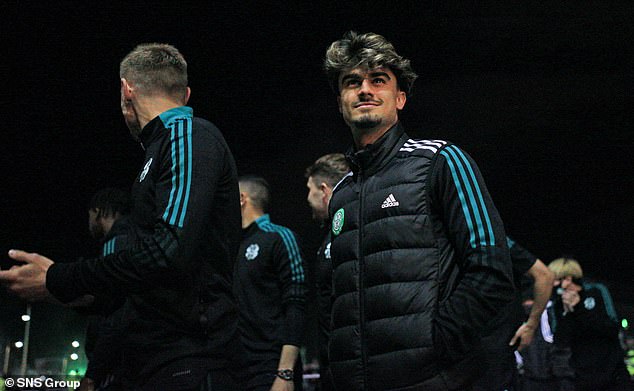 Celtic players, including Jota, watched the jubilant celebrations after returning from Dundee

Pictures and videos of the jubilant scenes were shared across social media, with summer signings Joe Hart and Liel Abada sharing their footage on Instagram as they took in the incredible celebrations.

The Premiership trophy will be awarded to Celtic on Saturday, when they host Motherwell in the final game of the season.

After the final whistle, Postecoglou told Sky: ‘The fans had a tough year last year. 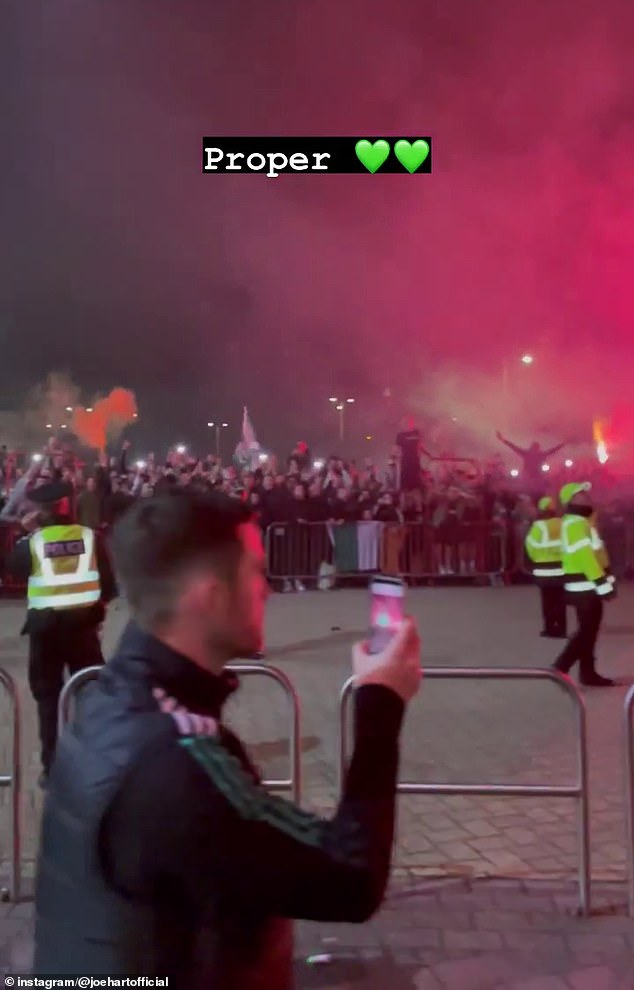 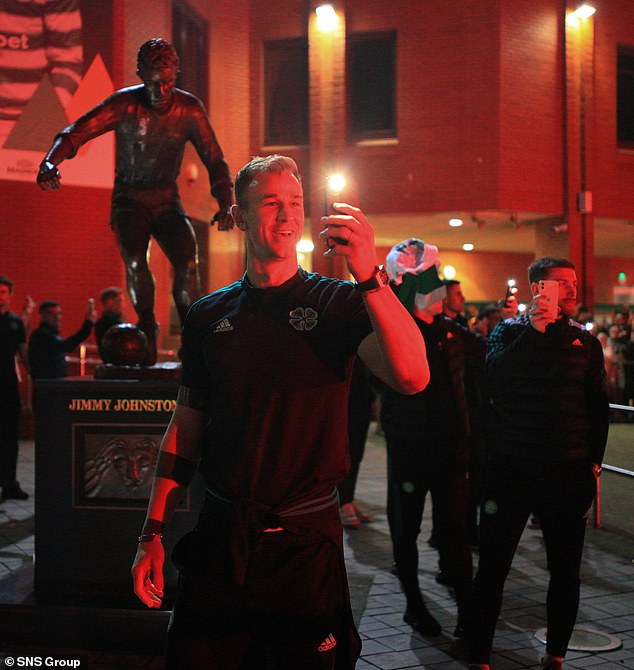 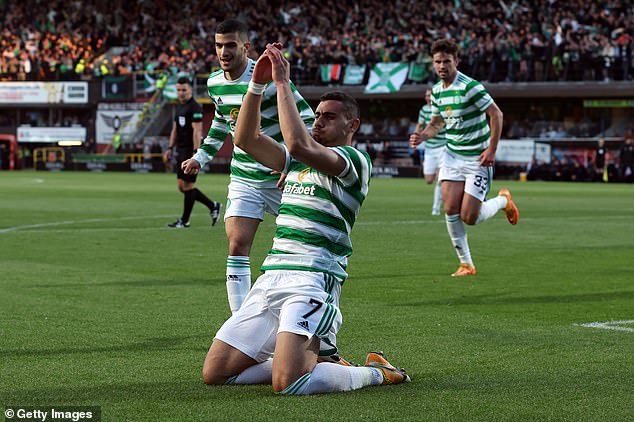 ‘Not just the fact that we didn’t win anything but they couldn’t come and support their team.

‘They’ve been right behind us since day one. I couldn’t be happier. I’m really proud of this group of player and staff.

‘I think our football has been outstanding but the character this team has shown through the last 31 games to rise to every challenge, I couldn’t be more proud of them.’

Celtic’s title triumph takes them to 52 overall, closing in on Rangers’ total of 55.