WALTHAM, Mass. (AP) – Danny Ainge tore apart the team that made the Eastern Conference finals last year, and then put together a new roster that came one victory from playing for an NBA title.

This summer may present him with an even bigger challenge: standing pat.

With Gordon Hayward and Kyrie Irving coming back from injuries to join fellow All-Star Al Horford and young stars Jaylen Brown and Jayson Tatum, the Boston Celtics general manager doesn’t really need to do much to give the NBA’s most-decorated franchise a chance at its 18th title.

And that’s not really in Ainge’s nature.

“I like this group of guys,” he said Monday, a day after the Celtics lost Game 7 of the conference finals to the Cleveland Cavaliers. “We’re not looking to make changes, other than a handful of tweaks.”

But he also said: “You never know what opportunities will present themselves.”

The Celtics finished with the No. 1 seed in the East in 2017, but the five-game loss to the Cavaliers in the conference finals reinforced what Ainge already suspected: that that team was not going to take the next step.

He went after Hayward (and, unsuccessfully, Kevin Durant), then won the draft lottery.

When Irving asked the Cavaliers to trade him, Ainge pounced, giving up fan favorite Isaiah Thomas in a package that left Boston with 11 new players. (He also wheeled the No. 1 overall pick to Philadelphia for a future No. 1 and the right to draft Tatum – the player he says he really wanted.)

Despite losing Hayward in the first quarter of the season opener, and Irving in March, the Celtics had home-court advantage for Game 7 and led the Cavaliers with six minutes left in the fourth quarter. But with the Celtics shooters turning ice cold, LeBron James proved to be too much, amassing 35 points, 15 rebounds and nine assists while playing every second of the game.

“The farther you go in the playoffs, the more difficult it is to lose,” Ainge said. “It was one of those games we lost that we should have won. That’s going to eat at all of us for a while.”

But the team’s performance in the playoffs also gave the Celtics reason to believe that this team may be good enough to contend for the title. And with the two injured All-Stars returning, this summer doesn’t have to be like last summer.

“Last year, we didn’t know all that stuff was going to happen, but we do feel we have a bright future with this team,” Horford said. “It’s something we’re all looking forward to. We can’t think about ‘what could have been.’ But when Kyrie is on our team, we’re at another level.”

The biggest issue for the Celtics this year is holding onto guard Marcus Smart, who is a restricted free agent and expected to draw offers of $12 million to $14 million. Ainge said the team is willing to pay the luxury tax if that’s what it takes to build a contender.

And Smart said he wants to stay.

“They’re already planning for me to be here,” he said at the team’s practice facility after exit interviews. “I want to be in Boston. I’ve been here for four years. My heart’s here.”

Center Aron Baynes is an unrestricted free agent, as are Greg Monroe and Shane Larkin.

“I hope we have something special with this group,” said Brown, who in his second year averaged 14.5 points and 4.9 rebounds per game. “But in this league, you never know.”

And with Ainge calling the shots, it’s almost impossible to predict the future.

“We’re not going to do something unless it makes us better. And there’s no guarantee that those deals are there,” Ainge said. “At this time last year, I didn’t think we would have 11 new players.” 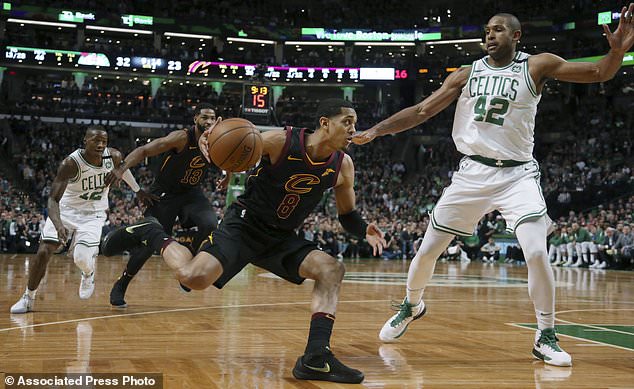 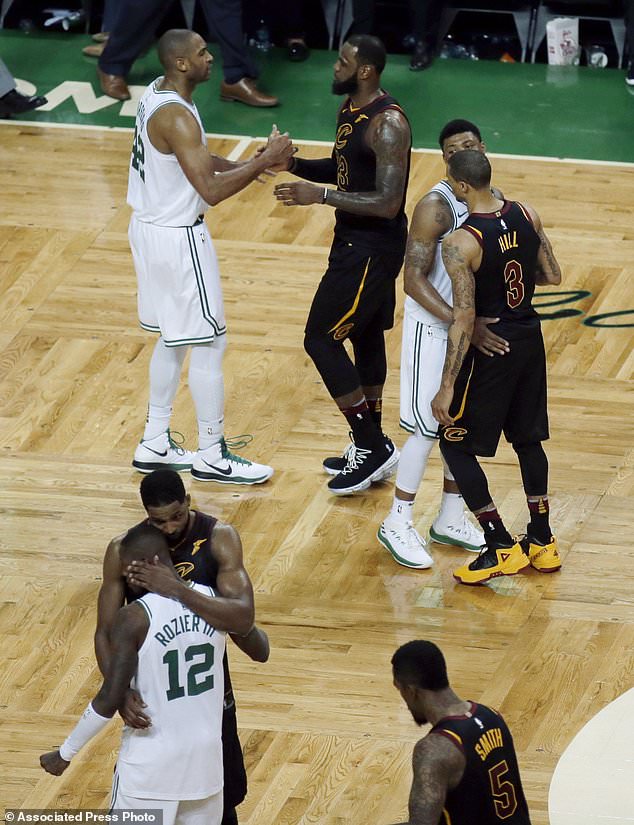