Around 500 Central American migrants jumped onto the roof of a freight train on Thursday and made their way towards the US border to seek a ‘better life’.

The migrants are from the remnants of a caravan that has previously drawn the ire of Donald Trump, left Guadalajara, west Mexico before dawn and travelled north.

They could be seen stretching out on the roofs of freight cars as they made for the US border, which they hope to reach by April 24.

Central American migrants who attended the annual Migrants Stations of the Cross caravan for migrants’ rights, rest at a shelter in Tlaquepaque, Jalisco state, Mexico

One of the migrants is Honduran Mirna Ruiz. He said: ‘We are heading north seeking a better life.’

‘As you know, in Honduras we just can’t live there anymore because of the gangs. We can’t even go shopping because we are afraid.

‘We are also worried that our children will be recruited by the gangs. Those are the fears in our country.’

Caravan organizer Irineo Mujica explained that the migrants expected to reach the Pacific coast city of Mazatlan, then go to the northern city of Hermosillo, where they might make a rest stop sometime over the weekend.

They would then continue to the US border, where they hope to arrive by April 24, he said. 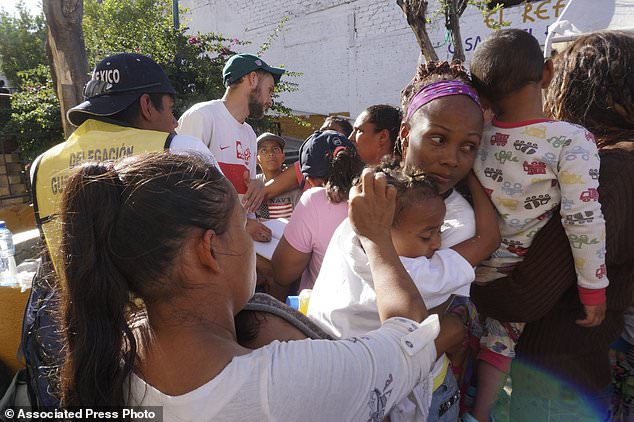 Mujica said a couple of hundred migrants were expected to turn themselves over to US authorities at the border and request asylum, arguing that it was too dangerous for them to stay in Honduras, where most are from.

The caravan left the Guatemala-Mexico border in late March and grew to more than 1,000 migrants who found safety travelling in numbers.

It was to have formally ended in Mexico City, but many of the migrants feared going solo on the dangerous final leg north and decided to keep travelling together.

Some who had split off to press on alone reported back about kidnappings and having their papers for safe passage torn up. 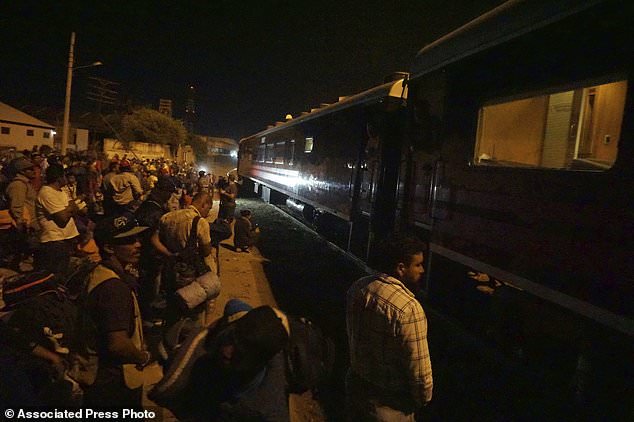 Central American migrants, mostly from Honduras, jumped onto the roof of a freight train to head north from Guadalajara

On the same day, Mexico’s National Immigration Institute said its agents found a total of 191 mostly Central American migrants jammed into a truck and a bus in southern and central Mexico.

The institute said 103 migrants were found packed into a truck in the Gulf coast state of Veracruz.

They had gone two days without food or water. All but two are from Guatemala, and 55 are minors.

Agents also found 88 migrants crowded into a bus that had seating for only 42 people in the north-central state of Hidalgo.

Eighty are from Guatemala, among them are 45 minors accompanied by relatives. 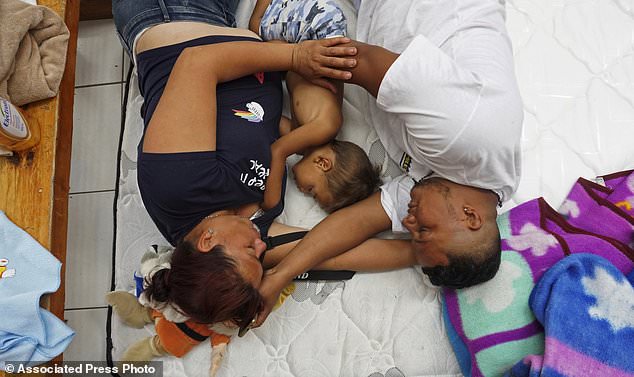