Centrelink loophole leaves Western Australian man wth $6,000 he can’t spend or give back

The bizarre Centrelink loophole that left a man with $6,000 extra cash in his bank – but he can’t spend it and welfare bosses won’t take it back

When $6,000 mysteriously landed in a Western Australian man’s bank account, he couldn’t believe his luck.

But in the days that followed, the full-time worker in Perth discovered the Centrelink money was nothing but a curse – and means he may be forced to pay even more tax.

Unable to keep the money and with Centrelink refusing to take it back until October thanks to an obscure rule, he will have to hold onto the lump sum and declare it in his 2019-20 tax return – even though he is not allowed to spend it.

Ryan, who asked for his surname to be withheld, told 9News Centrelink dropped the money in his bank account on June 17.

He said he was very surprised by the unexpected windfall because he had not received a payment in more than two years.

Eager to find out if he was eligible for the money, he called Centrelink immediately.

The operator told him it was a ‘computer error’ and that the $6,000 was the total sum of payments he had received while he was on government benefits.

Ryan was advised he would be required by law to give the money back, but would have to keep it in his account until October due to a freeze on debt recovery activities due to the coronavirus crisis.

‘Unfortunately, this means that when I do my tax I will need to declare this money on my tax return. Centrelink will even send this information to the ATO without my permission,’ he said. 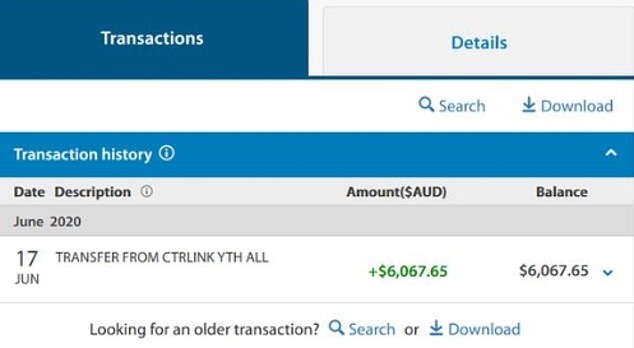 He was expecting a much-needed tax refund this financial year but due to the mix up, it now appears he will owe the tax office a hefty fee.

‘You might think it’s great to have this money … but I just don’t want it. I’ll get it out of the bank and take it into their offices if that helps,’ he said.

‘I’ve spent 30-35 hours in total trying to get a handle on all of this and now I’m going to have to pay for my own accountant, which Centrelink is refusing to foot the bill for.’

Services Australia denied the payment was a ‘computer glitch’ and blamed the issue on ‘human error.’

‘We sincerely apologise for any distress this has caused. We’ll continue to work with (Ryan) to address his concerns and resolve the issue,’ Services Australia General Manager Hank Jongen said in a statement.

‘In situations like these we can work with customers to find a suitable arrangement for recouping the over-payment.’

The embarrassing blunder comes of the heels of the ‘robo-debt’ scandal that saw welfare recipients hounded for debt which in many cases they did not owe.

Over 169,000 letters were sent out from July to December in 2016 in an automated process aimed at recovering over-payments and money obtained from the government fraudulently.

In many instances struggling welfare recipients were forced to make the ‘repayments’ while contesting their debts.

Data by the Department of Human Services found more than 2000 died after receiving a Centrelink debt notice. Hundreds of these deaths are believed to have been suicide. 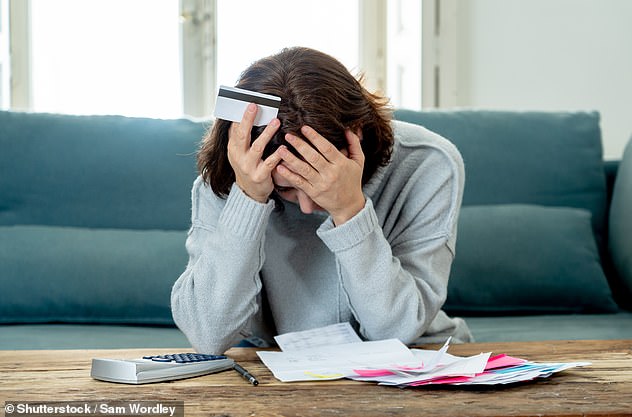 A senate committee inquiry was launched into the bungled debt-recovery scheme in 2017 and the Federal Court eventually declared the program ‘unlawful’.

Law firm Gordon Legal have since logged a class action suit on behalf of the those who were wrongly targeted.

‘The prime minister owes the Australian people an apology for this extraordinary program that – I will say it again – it is extorting money, making false demands of Australian citizens,’ Labor’s shadow attorney-general Mark Dreyfus told ABC News.

Labor says the government should now look at every case where the robo-debt system was used.