Centrelink worker who ‘had surgery after falling into a hole on a nature strip’ sues the Gold Coast City Council for more than $370,000

A Centrelink worker is suing Gold Coast Council for more than $370,000 after she fell into a hole at a nature strip.

Yasmyn Parkinson, 43, from Coffs Harbour, was on holiday with her son when she fell into the 700mm-deep hole in Helensvale on December 30, 2016.

Ms Parkinson says she was forced to have shoulder surgery after the fall and suffered a post-surgical infection and psychiatric injury.

She is now seeking $378,874 in damages from the Gold Coast City Council for medical expenses and economic loss.

Centrelink worker Yasmyn Parkinson (pictured), 43, is suing the Gold Coast City Council for  $378,874 after she allegedly fell into a hole on a nature strip

Speaking to The Gold Coast Bulletin, Ms Parkinson said her life was ‘turned upside down’ when she and her son were walking to the family car.

Ms Parkinson said she and her family had been celebrating her aunt’s 60th birthday before the alleged fall.

‘It should have been a celebration, but it turned into a tragedy for me,’ Ms Parkinson told the publication.

‘It’s completely and utterly torn my life apart. My life has been turned upside down ever since.’

Court documents allege that Ms Parkinson fell into a hole that was hidden by grass or weeds and was roughly was 20cm wide and up to 70cm deep.

In addition, she said the injury had put emotional strain on her autistic son and her marriage and forced her to limit work hours due to pain.

The hole was created by the removal of a post, pole, sign or similar object, according to the documents.

The Gold Coast City Council is yet to file a defence and said it was unable to comment as the matter was before the courts. 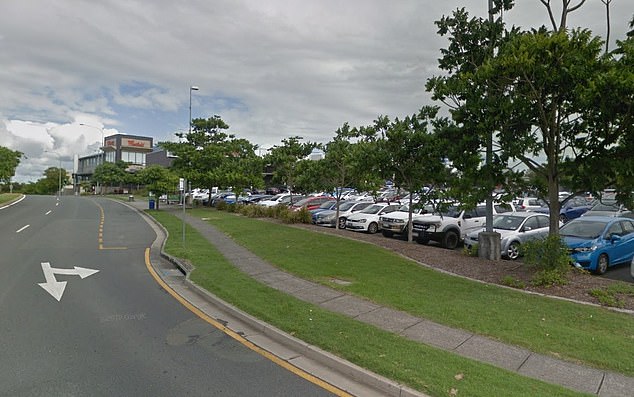 Ms Parkinson allegedly fell into a hole in a nature strip on Town Centre Drive (pictured) in Helensvale after a family night out. Exact location is not pictured