A Filipino energy company CEO may face time behind bars for taking his alleged biting fetish too far.

Terence Tang, 37, has been accused of biting his 25-year-old Korean girlfriend despite her complaints that he was hurting her on October 26, 2017.

He appeared in Manhattan Supreme Court on Friday at a sex abuse trial for the incident where he allegedly bit her thigh and hip and when she protested with tears and screamed in pain he strangled her.

Filipino CEO Terence Tang, 37, has been accused of biting his girlfriend so hard he left teeth marks, pictured above in Manhattan Supreme Court on Friday 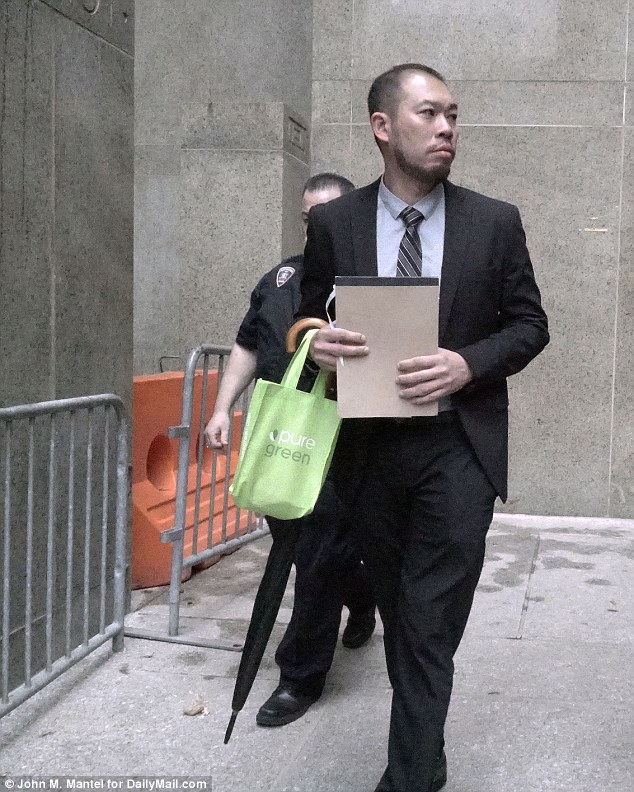 The Tang International Enterprises CEO allegedly bit her on the arm, thigh, and hip

Tang and his girlfriend met in Vancouver three months prior to the incident and the two flew together to New York for vacation.

On the day of the alleged attack the pair had drinks with friends on the Upper East Side then returned to their Airbnb in Midtown where they began to fight over the non-consensual bite, according to the New York Post.

It started when he reportedly bit her thigh and she stopped him, showing him a bruise he left from his previous gnawing stint on her right arm.

‘You do this, I get bruises like this. If you know this, why are you doing this again?’ she asked.

But he continued to bite away.

‘It hurt so much that I cried. I screamed out while I was crying “Don’t do it!”‘ she said in court appearances Wednesday and Thursday via a Korean interpreter.

After she said that he bit her hip leaving a red circle of teeth imprints. Jurors were shown a photo of the wound. 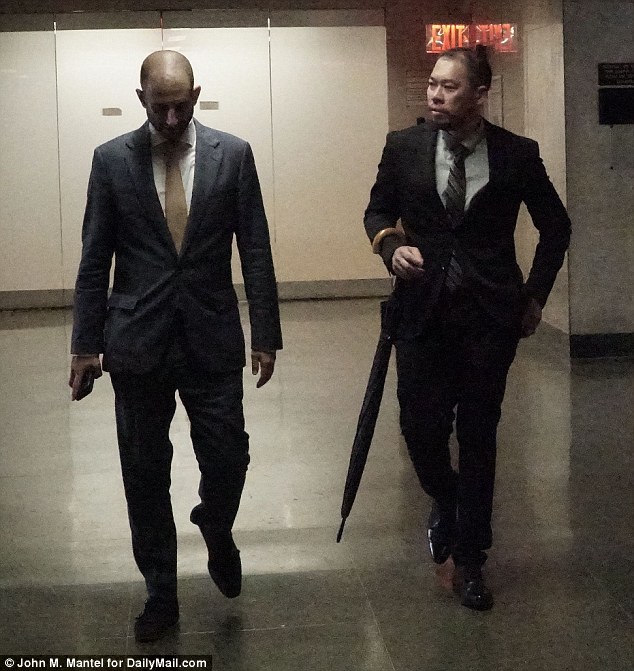 On October 26, 2017 the two got into a fight about the non-consensual bites resulting in Tang allegedly strangling his girlfriend, he appeared in court this week for the incident 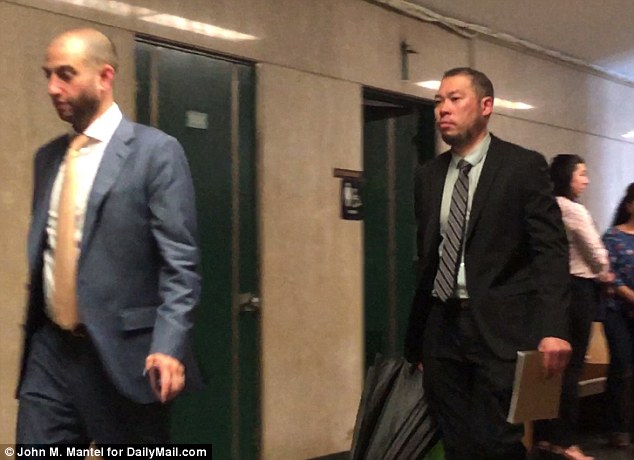 His former girlfriend also testified in court on Wednesday and Thursday, Tang pictured right talking to his lawyers as he left Manhattan court on Friday 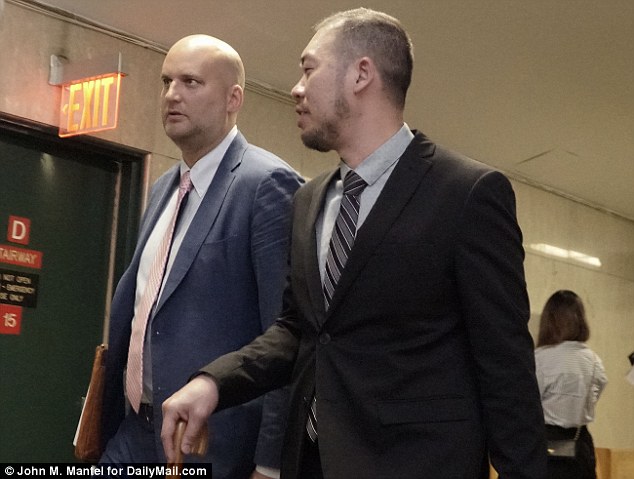 Tang reportedly told his girlfriend that if he didn’t bite her it meant that he didn’t love her, pictured leaving court alongside his lawyers on Friday

In their fight Tang allegedly held his victim down and inserted his fingers inside her.

‘I tried to push him away. Then he climbed on top of me and starting strangling me,’ she said, shedding tears.

She fled to the bathroom where she messaged a friend ‘Save me, please save me!’

Cops arrived on the scene soon after to arrest Tang, the CEO of Tang International Enterprises based in the Philippines.

However Tang told his girlfriend in the past that if he didn’t bite her, it would mean he didn’t love her, she told the court.

The victim also admitted in court that earlier in her relationship with Tang, he repeatedly sent her messages on WhatsApp fantasizing about biting her.

In one of her replies she said the Korean equivalent of ‘LOL’.

Tang has been charged with sex abuse, assault and obstruction of breathing and could face up to seven years in prison if convicted.