CEO raises the minimum salary for his Idaho employees to $70,000 for the second time in four years

Millionaire CEO, 35, raises the minimum salary for his Idaho employees to $70,000 – four years after he did the same for his Seattle workers by slashing his own $1 million pay day

A Washington based CEO has promised his employees they will reach a minimum salary of $70,000 by 2024 – for the second time in four years.

Dan Price, CEO of credit card processing company Gravity Payments, announced on Monday that employees in his new Boise office will get an immediate raise of $10,000 and will reach a minimum salary of $70,000 by 2024.

The group of employees, who previously worked at ChargeItPro before Gravity Payments bought the company three years ago, were being paid a minimum salary of $40,000 a year.

Price told ABC News that the majority of employees were being paid under $30,00 before the acquisition.

Dan Price, CEO of Gravity Payments, announced on Monday employees in his Boise, Idaho, office (pictured) will reach a minimum salary of $70,000 by 2024

In a tweet, Price wrote: ‘This morning we cut the ribbon on the new Boise office AND announced that all of our employees here will start earning our $70k min salary.’

‘I’m so grateful to work with this amazing team and to be able to compensate them for the value they bring to our community.’

The company also made the announcement on their website, saying they’re working towards empowering their employees.

‘We’re building something special — an insanely accessible company that champions the little guy and gal in pursuit of the American Dream,’ the statement said. 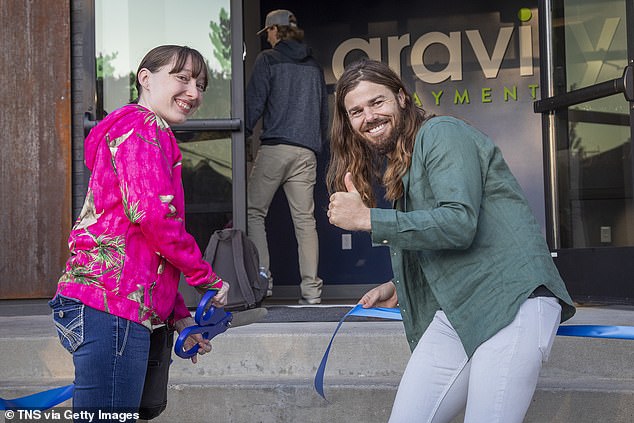 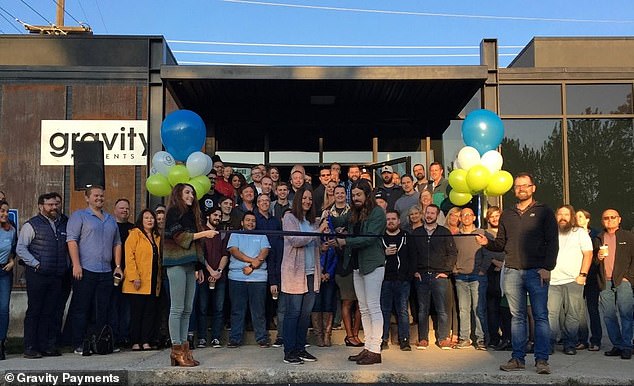 Employees at the Boise office were blown away by the announcement.

‘I heard from somebody who was a single parent, that they were not necessarily going to need to work two jobs anymore… and they were going to be a better parent,’ Price told ABC News.

Price believes other CEOs of vast, million dollar companies should be taking the same steps to help their employees.

He said: ‘I’m just shocked at the lack of willingness to do this, especially in big companies in corporate America. We’ve proven that this can work.’

‘Any company that is making over a million dollars a year in profit absolutely should be doing this. The inequality needs to stop.’ 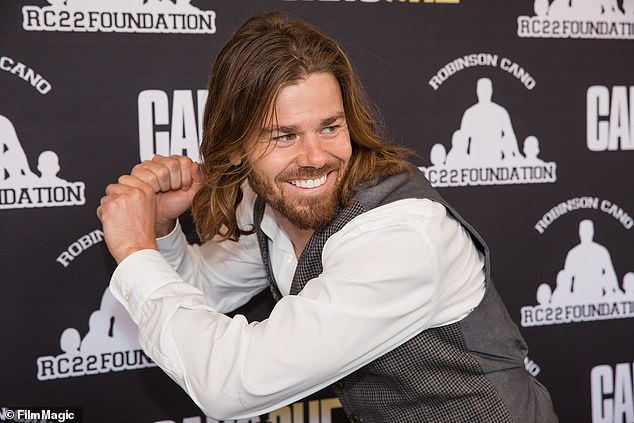 Price (pictured): ‘Any company that is making over a million dollars a year in profit absolutely should be doing this. The inequality needs to stop’

This is not the first time Price has raised his employees salaries by staggering amounts.

In 2015, Price promised a minimum salary of $70,000 for his Seattle headquarters by cutting up to 90 percent from his own $1 million pay day.

He told ABC News: ‘I’m sick of being part of the problem, I want to be part of the solution.’

‘Previously, I was making a million dollars a year and people working for me were making $30,000 a year and that’s wrong. I was feeding into the problem.’

He reportedly made the decision after reading a study that said a person’s emotional well being can be increased by additional income.

According to Gravity Payments, the increase in salary has resulted in employees becoming first time home owners, having more children, paying off debt and more contributions to individual 401ks.