Cereal offender! Woman is caught on CCTV stealing MILK from children’s nursery – using a broom to slide the cartons under locked gate

Police are hunting a woman who was twice caught stealing children’s milk from a nursery using a broom.

CCTV first captured the female crook strolling over to the entrance of Rosy Cheeks nursery in Tunstall, Stoke-on-Trent, at around 5am on July 13.

Footage showed her using a broom to snag two four-pint bottles which she dragged under the locked metal gates before walking away.

The mystery offender appeared to strike again on July 20 when she swept up the kids’ milk while disguised in a hoodie.

Milk has been stolen from a nursery in Tunstall, Stoke-on-Trent, twice in the space of a week by a person using a broom taken from a nearby garden 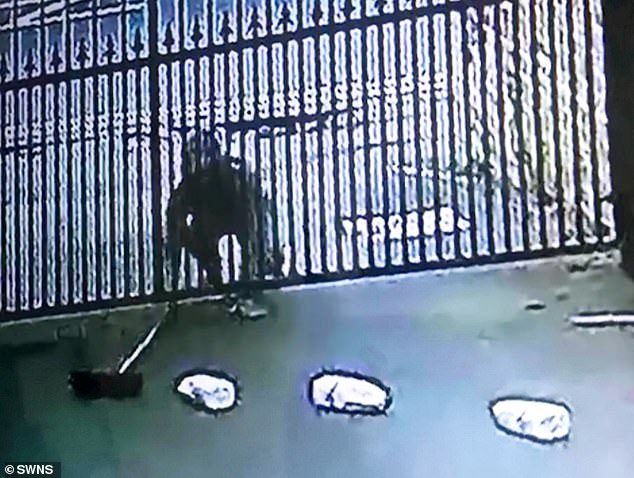 In the video, a hooded person approaches the nursery gate holding a broom before crouching down.

The thief reaches under the gate with a broom to pull the first carton of milk back towards it.

She adjusts her position to reach further for the second carton, pulling it towards her.

Leaving the third carton behind, the thief pulls the two cartons under neath the gate and walks off with them while still holding the broom. 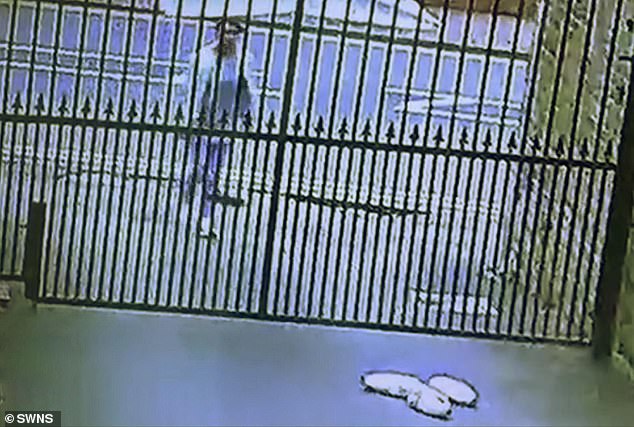 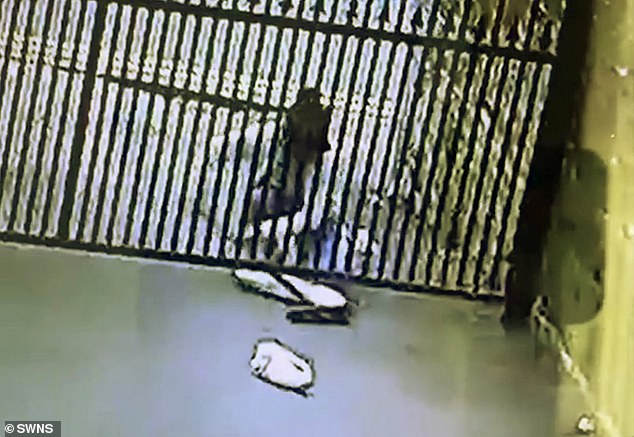 She pulls the milk back with the broom, stealing two four-pint bottles in the same way as she had previously

Nursery owner Rosie Dingle, 41, reported the thefts to the police who sent two officers to check the CCTV footage.

She said: ‘What kind of person steals milk from a nursery? I know it’s not the crime of the century but it’s still out of order – they are stealing from children.

‘We are assuming it is the same person but we don’t know for certain but their MO is the same.

‘On both occasions they used a broom to reach the milk cartons and struck around the same time so they obviously know when the milk is delivered.’ 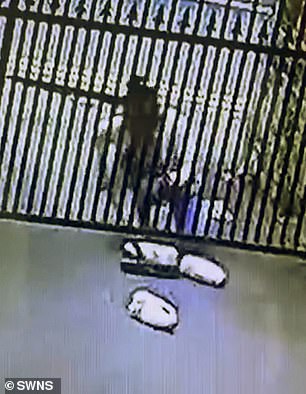 The nursery had bought a parcel box to place the milk in but had not got around to putting it up before the thefts.

Rosie said: ‘The milk is only worth a few pounds but it’s the inconvenience because we have to go out and buy more. It’s really not what we need at the moment.

‘It is quite a poor area and I thought to myself that if it was somebody that was really struggling then they could have left a note saying, “I’m sorry my children need milk”.

‘I wouldn’t have minded or even told the police but I’ve seen some footage from Clive Street opposite and she steals the broom from a garden and then uses it to get the milk.’

Staffordshire Police are now hunting the culprit following the thefts from the nursery.

A police spokesperson said: ‘Cartons of milk had been stolen from Rosy Cheeks Nursery in Stoke-on-Trent.

‘Anyone with information can contact 101 or report online, quoting incident number 296 of July 13.’