CES take back innovation award given to a sex toy, deeming it ‘immoral and obscene’

The Consumer Electronic Association has rescinded its Innovation Award given to a sex toy, deeming the personal massager ‘immoral, obscene, indecent, and profane’.

The Ose massager, created by mostly-female startup company Lora DiCarlo, is a tool to give a hands-free blended orgasm by using advanced micro-robotics to mimic a human partner.

The CEA, which is currently holding its CES showcase in Las Vegas, granted a CES Innovation Award in the robotics category to Lora DiCarlo for its sex toy, but according to owner Lora Haddock the award was taken back a month later.

Now Haddock is appealing the decision, which she calls a double standard and says has potentially cost the startup investors.

In the fall CEA awarded the Ose massager, created by startup company Lora DiCarlo, a CES Innovation Award in the robotics category, but later rescinded the award 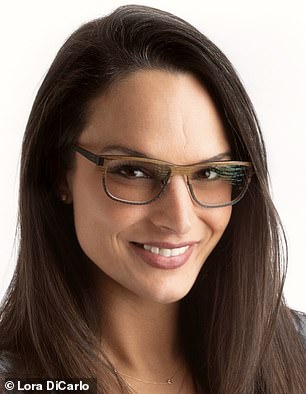 Start-up founder Lora DiCarlo is appealing the decision, saying the association has breached its contract

A CES spokeswoman said in a statement: ‘The product does not fit into any of our existing product categories and should not have been accepted for the Innovation Awards Program. CTA [Consumer Technology Association]has communicated this position to Lora DiCarlo. We have apologized to the company for our mistake.’

In a November letter to Lora DiCarlo, CTA CEO Gary Shapiro and the executive vice president of CES, Karen Chupka, said: ‘We are very sorry that we’ve gotten this far into the awards process and wish we had been aware earlier that your product was ineligible for entry in the Robotics and Drones category. We made an error in processing your application.’

‘Why is CES threatened by empowered women and the products that empower them?,’ Lora DiCarlo said in a post Tuesday.

Haddock said her lawyer advised that CTA has breached its contract. She responded in a letter to Shapiro and Chupka.

‘Your letter claims our product is ”ineligible,” yet you never explain why. It cannot be simply for the fact that we make a product that is for women’s sexual health, because CES has given recognition to similar products from our competitors and allowed them to exhibit at the show.’

Haddock provided an example of Naughty America’s display at CES 2018, which had a sign stating The Future of Adult Entertainment is Here.

‘CES and the CTA have a long, documented history of gender bias, sexism, misogyny, and double standards, much like the tech industry as a whole. From the exclusion of female founders and executives to the lack of female-focused products allowed to exhibit on the floor – there are demonstrable issues with diversity,’ Haddock said. 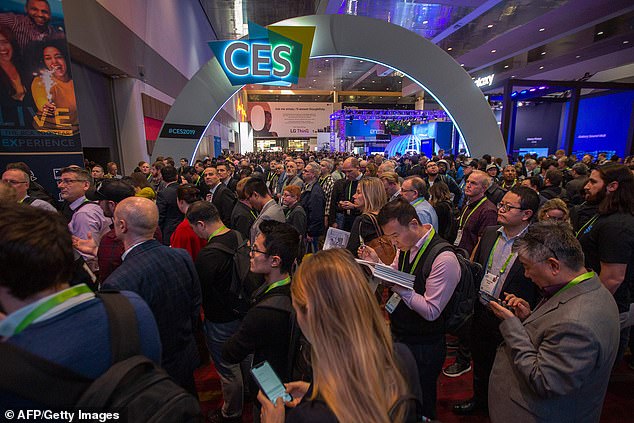 The Consumer Electronic Association is holding its CES showcase in Las Vegas, Nevada, this week

She is claiming CES and CTA are preaching a double standard.

Haddock told Engadget she had negotiated funding with investors who were impressed by the award, and then had to tell them that it had been revoked.

‘I had to sit down with the entire team of engineers and tell them [about not getting the award] after we thought we had it,’ she said.

‘You see, we’re doing something that has never been done before–we’re making the world’s first hands-free device for the holy grail of orgasms–the blended orgasm. Our almost entirely female team of engineers is developing new micro-robotic technology that mimics all of the sensations of a human mouth, tongue, and fingers, for an experience that feels just like a real partner,’ Haddock added.

The CTA today announced that it will invest $10 million in venture funding focused on ‘women, people of color, and other underrepresented startups and entrepreneurs.’