A business partner of the ‘MAGAbomber’ has revealed text messages showing the alleged bomber has an obsession with politics.

Cesar Altier Sayoc, 56, was taken into custody on Friday morning in Plantation, Florida in connection with the 14 suspicious packages sent to high profile Democrats this past week.

Now his business partner, Justin Humberger, has revealed to DailyMail.com numerous texts from Sayoc filled with political vitriol against the Democrats and conspiracy theories.

Humberger, 29, said Sayoc has a ‘very strong Republican mindset’, but he had never known him to be violent or unstable.

Sayoc branded Kavanaugh accuser Christine Ford a ‘Democrat Hack’ in a text beginning ‘What the enemy of the people media won’t tell you’. 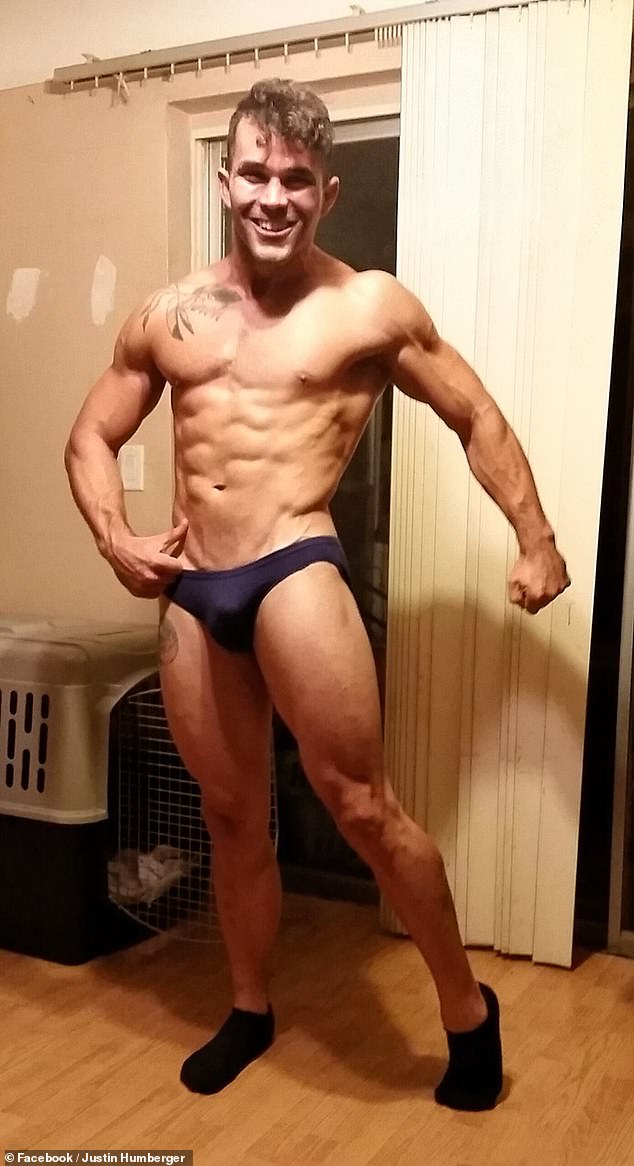 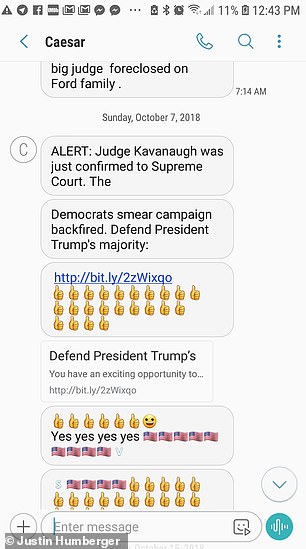 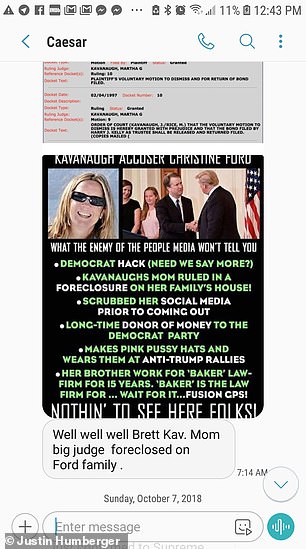 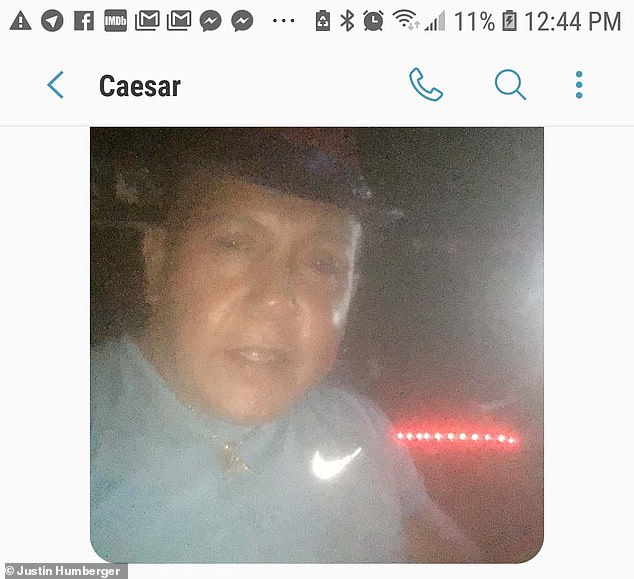 Sayoc had been under a lot of pressure, at one point slipping into $10,000 of debt from the failing stripper tour, but Humberger never thought he could ‘snap’

The businessman has known Sayoc since 2015 when they toured around the US with a male stripper company.

Sayoc, a former stripper, worked as the road manager, and Humberger as a dancer. This summer the two men started up an agriculture company.

Humberger said that Sayoc had been under a lot of pressure, at one point slipping into $10,000 of debt from the failing stripper tour, but never thought he could ‘snap’.

Speaking of his shock, he said: ‘I’m just now getting over finding out. I don’t know him to be violent or to have such a strong political view that he’d send bombs to people.

‘He didn’t seem to have political views to the extent that “this person’s wrong so they should die”.

Humberger said: ‘He called me out of the blue two and a half months ago. He said the last tour was terrible, and he had to “get his life together”.

‘He was using that van everyone’s talking about on the tour. It kept breaking down, it was putting him in the negative.

‘Him having to take on the logistics of touring and the price of traveling was killing him as well.’

‘The tour had taken him at least $10,000 in the hole. He told me he had to recuperate his losses.

‘He was very disappointed with everyone on the tour, and said he had to cut ties and just get his life back together.’ 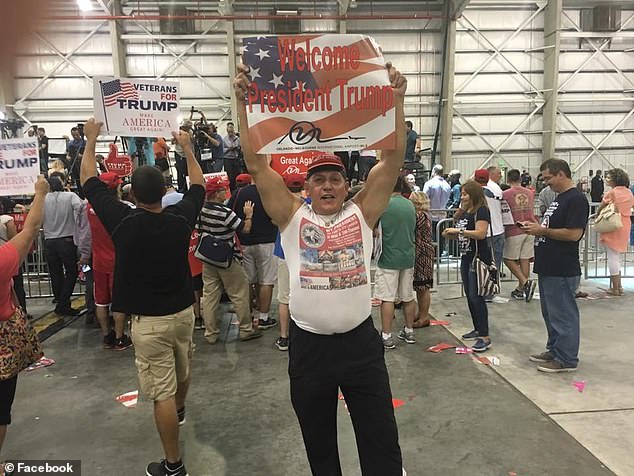 Sayoc, a former stripper, worked as the road manager, and Humberger as a dancer. This summer the two men started up an agriculture company.

He continued, ‘The first tour we went on was awesome and he definitely made money, but the second tour was a huge loss, and he was putting up all the money.He was under a lot of stress.’

He added on his friend’s politics obsession: ‘He sent me a tonne of Trump-supporting videos. ‘When we were on tour he consumed most of his off-time with politics and policy.’

‘He has a very strong Republican mindset when it comes to politics, but nothing to indicate he was going to send a bunch of bombs to people.

‘We’re capable of a lot of things as people, everything is on the internet. I never expected this from him, but is he capable of it? I don’t know, he could be.

‘When we were talking on a regular basis, I never saw anything that made me think “you’re gonna snap”.

The former stripper and bodybuilder said that about two months ago, Sayoc called him saying he was ‘sick of dealing with dancers and setting up shows’ and desperate to get out of the entertainment industry.

The two then decided to start a hydroponics company together.

Humberger said Sayoc had been recently working two jobs, as a chauffeur and a security guard, and added that he recognised the van covered in political stickers and posters which law enforcement seized today as Sayoc’s, but was unaware of claims that the alleged bomber had been sleeping in it and showering at the gym.

In fact, Sayoc’s fortunes were looking up according to his texts – on September 26 he wrote that he had ‘just bought’ a condo and would be coming to visit his business partner in Rockledge.

Humberger said Sayoc was close to his Italian mother, who he called every couple of days while on tour.

‘After he got out of college he was a male entertainer for a long time before he became a manager,’ Hamburger said.

‘Two and a half months ago he called me and said “hey, me and my other business partner want to get out of the entertainment industry, we don’t want to have any association with it any more.” But he seemed very stable. I never saw it becoming this crazy.

‘There were a few of us on the road. The company we were working for were screwing us. One of the guys, Cowboy Tommy, had toured with Cesar in the late 90s and early 2000s, and said he’s a great manager. That’s how it started.’