Christian Pulisic’s 14th-minute strike saw the Blues take a deserved lead before France striker Karim Benzema equalised for the hosts 15 minutes later with an exquisite finish from a corner.

Thomas Tuchel however saw Timo Werner miss a gilt-edged chance from point-blank range before American Pulisic fired home, while the Blues often failed to find the final ball in other attacks. 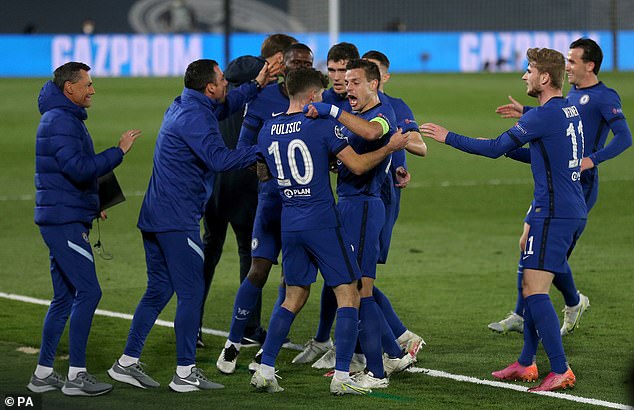 And speaking to BT Sport after the game, Spaniard Azpilicueta admits his side should have scored more in the Spanish capital, and warned his team-mates they must be aware of Zinedine Zidane’s men in next week’s second leg at Stamford Bridge.

‘I think we started really well for the first 20-25 minutes, we got the goal and I think we could have scored more,’ he said.

‘They got back from a set play. We then controlled some parts and suffered in others. It is just the first half, we knew against Real Madrid it would be tough.

‘We started with courage, we had to perform at our best level. The semi-final of a Champions League asks you to play your best. We missed that little last pass where we could choose the best option. 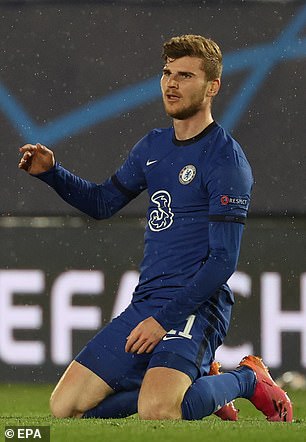 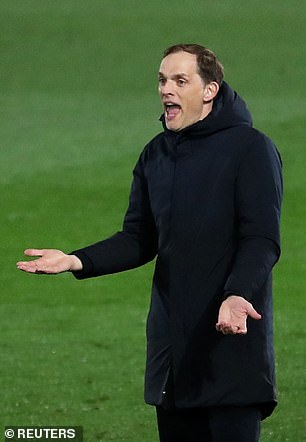 ‘I think in the overall analysis we performed well. Benzema scored a great goal, he is a very good striker. He dropped, he got the ball and got that goal. We have to be aware for the next game.

‘We are a whole group where we work hard. We have the chance to win two trophies, so everyone is committed. As a unit I think we are all improving and all growing.’

Next week’s second leg will see Chelsea attempt to qualify for their first Champions League final since the victory over Bayern Munich in the 2012 final.

The Blues however were knocked out by Spanish opposition the last time they reached the last four of the competition, with a Diego Costa-inspired Atletico Madrid beat them 3-1 in west London. 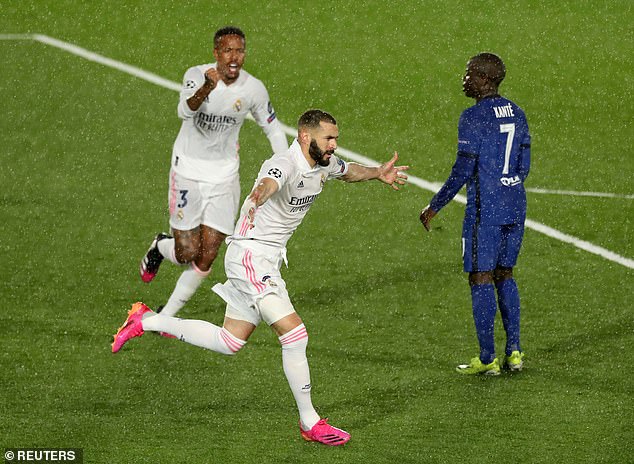