Cesc Fabregas goes up against Barcelona for the first time

As Cesc Fabregas lines up at Stamford Bridge, a tinge of nostalgia may pass through his mind. These were the high-octane Champions League games he was born to play, but rarely would he have imagined going up against his boyhood Barcelona.

Fabregas’ bond with the Catalan club is powerful and lasting. He came through at the feted La Masia academy and in Catalonia, they were aghast when Fabregas left Barcelona for Arsenal as a teenager.

The playmaker had grown up in a family of Barca fanatics. His grandfather took him to the Camp Nou for his first game at only nine months old. In the academy, he slept in a dorm overlooking the club’s pitch and the great and good of Spanish football were incandescent when Arsenal poached Fabregas from under his noses.

Johan Cruyff said: ‘European football is turning cheating into an art form. OK, I don’t know every detail of Cesc’s move to Arsenal but I do know that the English club’s behaviour is what I count as underhand.’

Fabregas was always destined to return to Barcelona, as rumours of the player hankering for home emerged on an annual basis in the summer transfer window. He eventually achieved his dream in a £35m summer deal in 2011.

Fabregas was reunited with his former youth team team-mates Lionel Messi and Gerard Pique, the trio that would always compete at table-tennis and on the PlayStation. Messi wiped the floor with Fabregas on the console and Pique was the master of ping-pong.

At last, he was also placed together with his hero Pep Guardiola. As a teenager in the academy in 2001, Fabregas was enduring the pain of his parents’ divorce and his mother, Nuria, made a telephone call to his coach Rodolfo Borrell, foreseeing that the player may require some psychological support from his coaches. 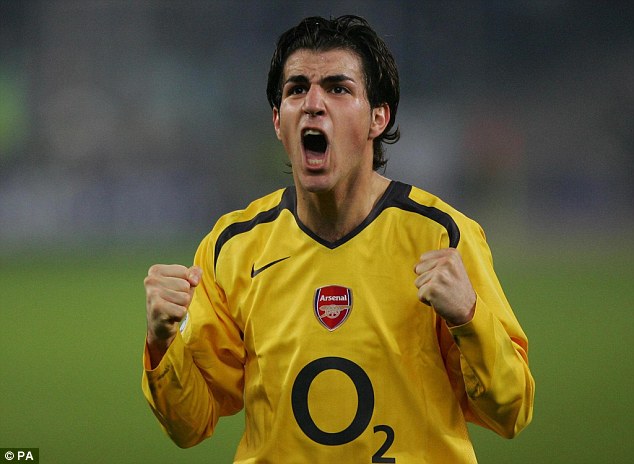 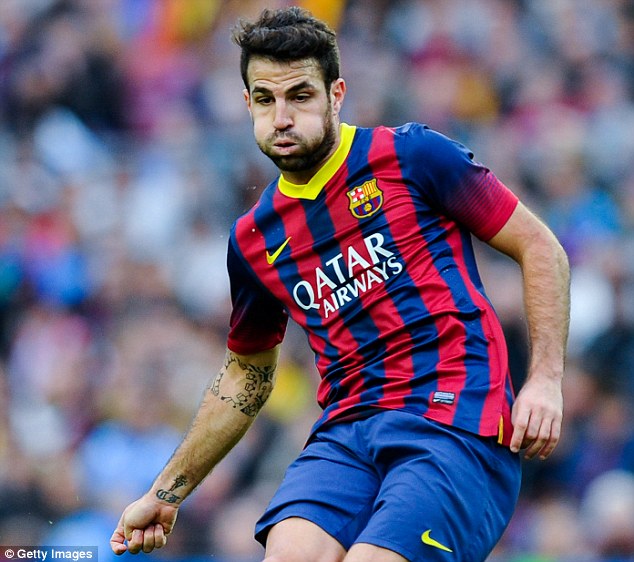 Borrell knocked on the dressing room door of the first team and asked for a special favour from Guardiola. He presented Guardiola with a number four shirt and asked him to sign it for Fabregas.

Guardiola went one step further, writing a message: ‘Dear Cesc, one day, you will be the person to wear the number four for Barcelona. Best wishes and good luck.’

Yet at Barcelona, Fabregas won only one La Liga title and did not lift the Champions League during one of the more fallow periods of Barcelona’s recent history. He scored 13 goals in his first two seasons, but struggled to disloge the midfield triangle of Sergio Busquets, Xavi Hernandez and Andres Iniesta. Instead, he often operated further forward, either on the left of a front three or as a false nine.

He often played well but struggled to capture the hearts of the locals. He was jeered during one Champions League game against Bayern Munich and at one point he grumpily said: ‘For every bad game I have, 10 good ones are wiped out.’ 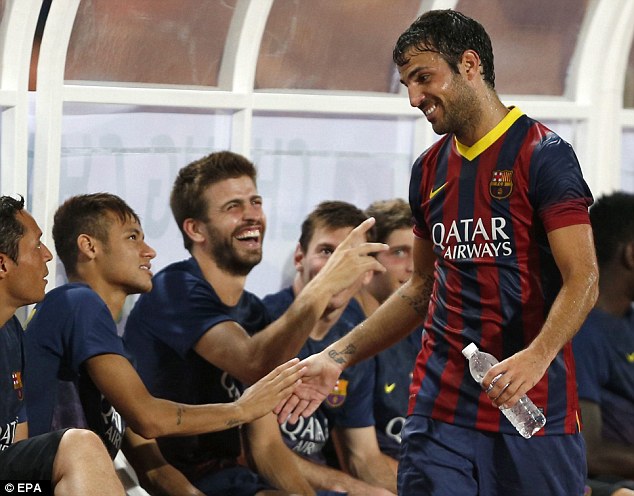 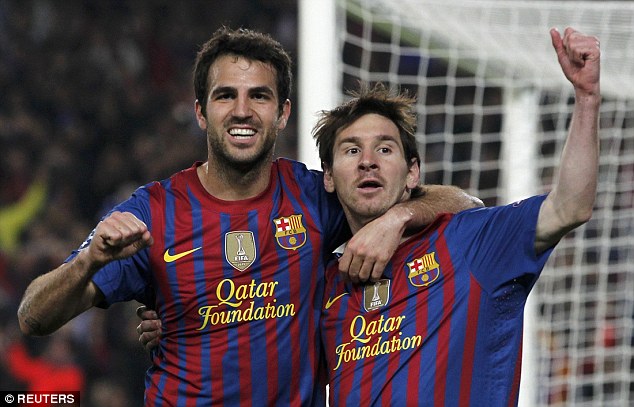 Fabregas came close to joining Manchester United and David Moyes in 2013 but instead stayed, enjoying a strong season under Gerardo Martino, but Jose Mourinho swooped for Chelsea in 2014 and tonight sees the player and Barcelona confront one another for the first time.

Fabregas is likely to have a significant role for Antonio Conte on Wednesday night. Under the intense Italian coach, Fabregas’ fortunes have bobbed and weaved. Fabregas is now 30 and there is a growing suspicion he may move on from Chelsea at the end of this season.

He started only six Premier League games until the beginning of March last season. His limitations as a starter, where Conte felt Fabregas lacked the defensive responsibility to form part of his sitting midfield two or the dynamism to be in his roaming playmakers, meant the Spaniard was often resigned to a role as an impact substitute. 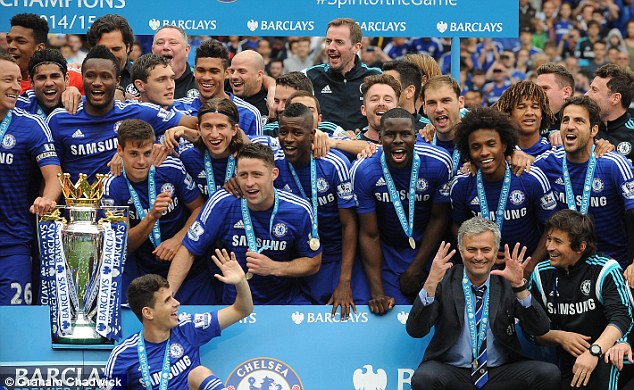 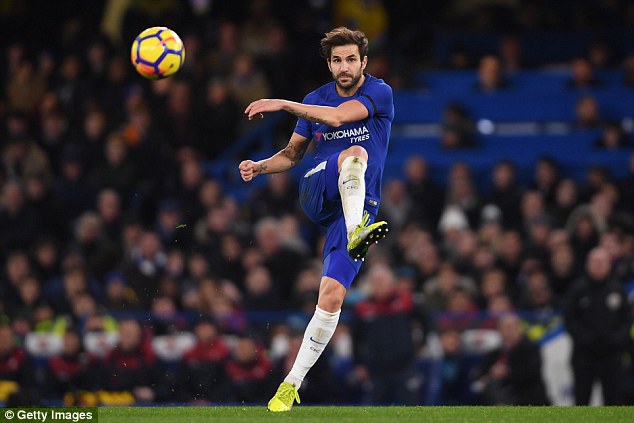 Yet he adapted to his role without complaints; often coming on to devastating impact by offering wit and vision in the latter stages of the game. His understanding with Diego Costa, in particular, was of great benefit to Chelsea.

This season, Fabregas has been relied upon more heavily as Chelsea juggled four competitions and made 14 Premier League starts by the turn of the year. He has been entrusted with key roles in big games, most notably as part of a central midfield three alongside N’Golo Kante and Tiemoue Bakayoko in a superb victory away at Atletico Madrid and also in the win at home against Manchester United.

Fabregas’ ability to dictate the pace of a game from a deeper quarter-back role, in a manner reminiscent of later versions of Andrea Pirlo and Paul Scholes, has become a significant part of Conte’s armoury. Now against his childhood idols, he must prove himself to be a crucial weapon once more.