Chad Daybell with his ex-wife Tammy. A text exchange where he went to great length describing his day on September 9 was read aloud in court on Tuesday. It was also the same day Lori’s daughter, Tylee, was last seen alive

Chad Daybell texted his late first wife telling her he’d shot a large raccoon and buried it in his pet cemetery where his second wife Lori Vallow’s kids were found dead in June, on the same day that one of the children vanished.

The texts were sent from Daybell to his wife Tammy on September 9 last year, the day Lori Vallow’s daughter Tylee, 17, went missing.

He said in them: ‘I’ve had an interesting morning! I felt I should burn all of the limb debris by the fire pit before it got too soaked by the coming storm.

‘While I did so, I spotted a big racoon along the fence.

‘I hurried and got my gun, and he was till walking along. I got close enough that one shot did the trick.

‘He is now in our pet cemetery. Fun times!’ he said.

By then, Lori’s seven-year-old son JJ had also gone missing.

His body was also found on the site Daybell called a ‘pet cemetery’ in the exchanges.

The texts were brought up on Tuesday at a preliminary hearing for Daybell, who is charged with concealing evidence in the search for Lori’s children.

FBI Special Agent Benjamin Dean said they stood out to him when he was going through Tammy’s phone because they were longer than any other texts Chad typically exchanged with his wife. 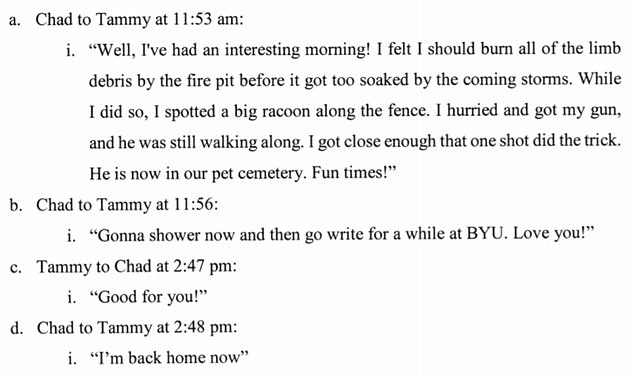 The texts between Daybell and his wife, Tammy, who died suddenly in October, two weeks before he and Lori got married 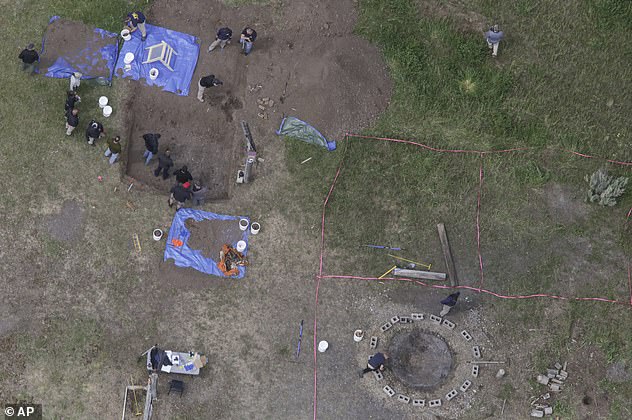 The pair’s previous messages included messages like ‘I love you’ and ‘can’t sleep without you.’

Other details emerged about the last time JJ was seen alive – September 22.

Vallow told friends JJ was a ‘zombie’ and that she’d sent him to stay with her brother Alex Cox on September 22 last year because he was ‘out of control’.

It was the last time the boy was seen alive. His remains were found on Vallow’s husband Chad Daybell’s property, buried in a pet cemetery where a dog and cat had also been buried, earlier this year. His sister Tylee’s burned remains were found nearby on the Idaho property.

The day police made the grim discovery, Lori called Chad from jail where she was being held at the time for telling police where JJ and Tylee were for months.

At the time, Chad was still free. He was on the property and the pair spoke on the phone where he told Lori it was ‘logical’ for police to search the home.

The new details emerged on Tuesday at a preliminary hearing for Daybell to decide whether or not his trial should proceed.

Neither he nor Vallow have been charged with either of the children’s deaths and it remains unclear how they died. 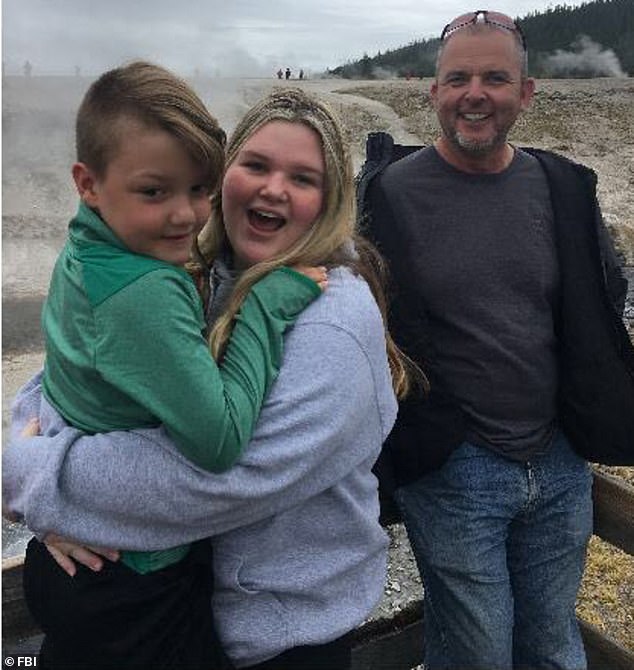 This is the last photograph taken of JJ, Tylee and their uncle Alex Cox. It’s believed to have been in Yellowstone National Park shortly before the kids vanished in September. Cox died in December 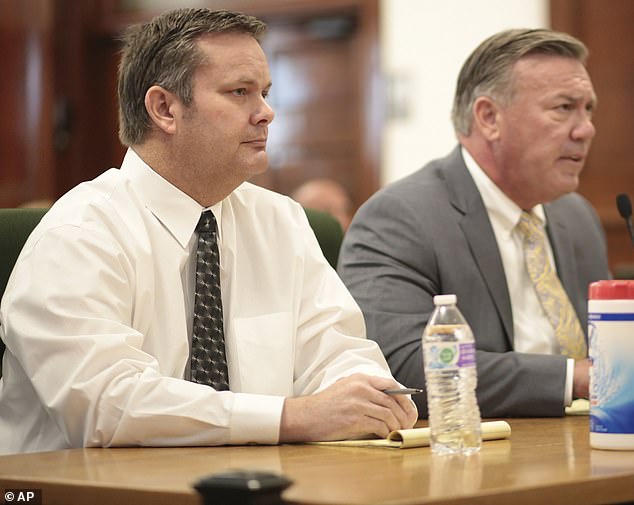 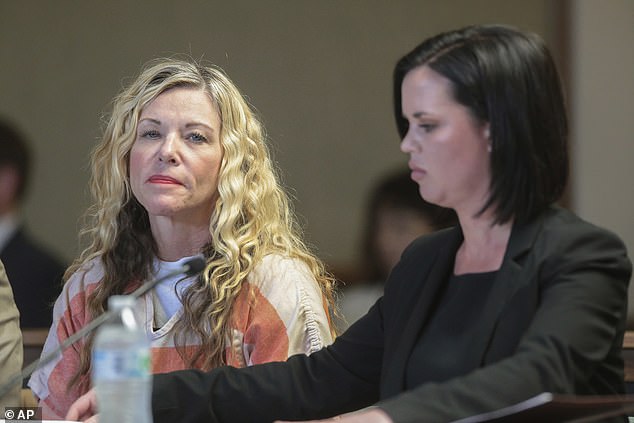 Lori Vallow remains in custody on charges of concealing evidence. She is shown on March 6

‘She said JJ was being a zombie. He was out of control so she had Alex come get him,’ he told the courtroom in Idaho.

Lori had complained that JJ was climbing the cabinets and the refrigerator, and that he had smashed a photograph of Jesus.

Warwick testified that he and his girlfriend, Melanie Gibb, were at Lori’s home to record a podcast and that they last saw JJ being carried by Cox. He looked like he was sleeping, he said.

Cox died in mysterious circumstances in December last year. His death is one of the many unexplained deaths in Vallow and Daybell’s circles.

As part of their case, prosecutors are tying to piece together the days and months before the children vanished.

They have now asked multiple witnesses how close Lori and her brother were.

Cox followed his sister from Arizona to Idaho after shooting dead her ex-husband, Charles Vallow, last summer in an apparent domestic dispute.

At the time, he told police he was protecting Lori from Charles and that the shooting happened in self-defense.

He was never charged for it.

They then moved to Idaho, where Daybell lived with his wife of 23 years. She died not long after Lori arrived with the children.